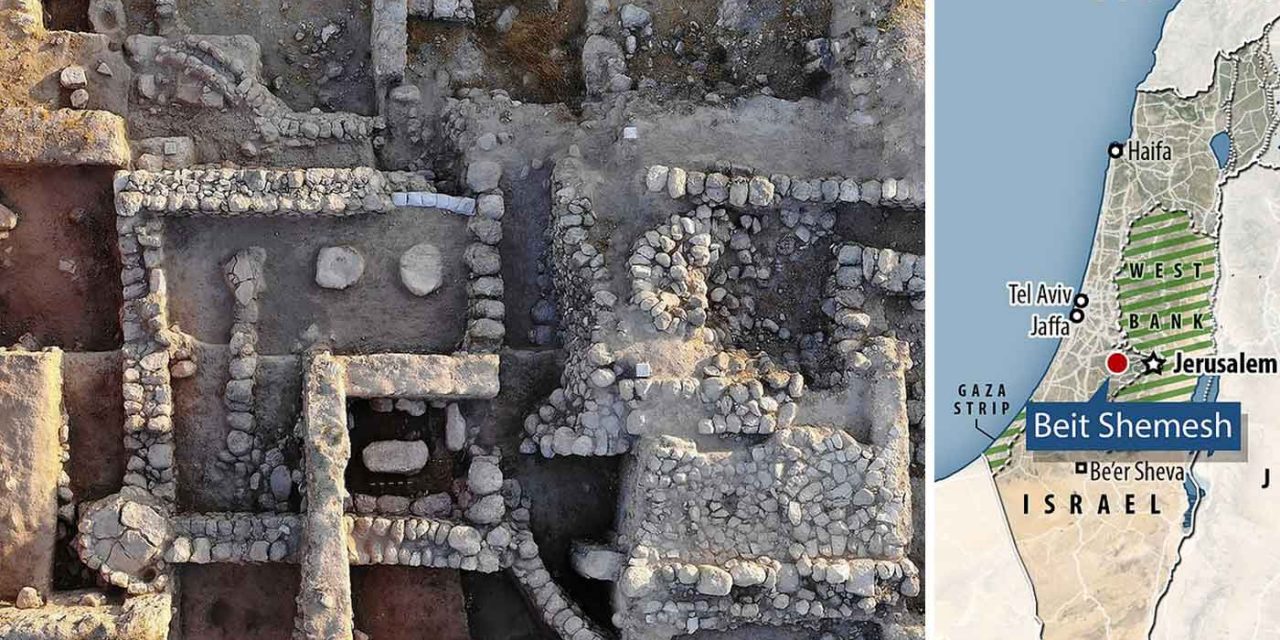 An ancient stone slab found in a temple excavation outside Jerusalem may be connected to the Old Testament’s Ark of the Covenant, according to a Thursday report.

Archaeologists found the artifact while excavating a 3,100-year-old site near Beit Shemesh, west of the capital. They began excavating the temple in 2012.

Archaeologists identified the building as a temple because it had thick walls, was separated from houses in the ancient village, and had a platform likely used for religious ceremonies.

Inside the structure the researchers found animal bones, pottery shards, cups, and carved stones that could have been used as olive presses or for pouring wine, all of which could have been used in religious practice, Tel Aviv University archaeologist Prof. Shlomo Bunimovitz told Haaretz.

In the middle of the 12th century BCE the building was razed and some of the artifacts shattered. The area was then turned into an animal pen and buried in layers of black animal dung, which the researchers first mistook for ash.

Bunimovitz said that putting animals in the space was likely “an intentional desecration” of the area, probably by the Philistines. Beit Shemesh was in a volatile border area between the Philistines and areas controlled by the ancient Israelites.

Beit Shemesh was abandoned or destroyed, and then rebuilt, several times within 200 years.