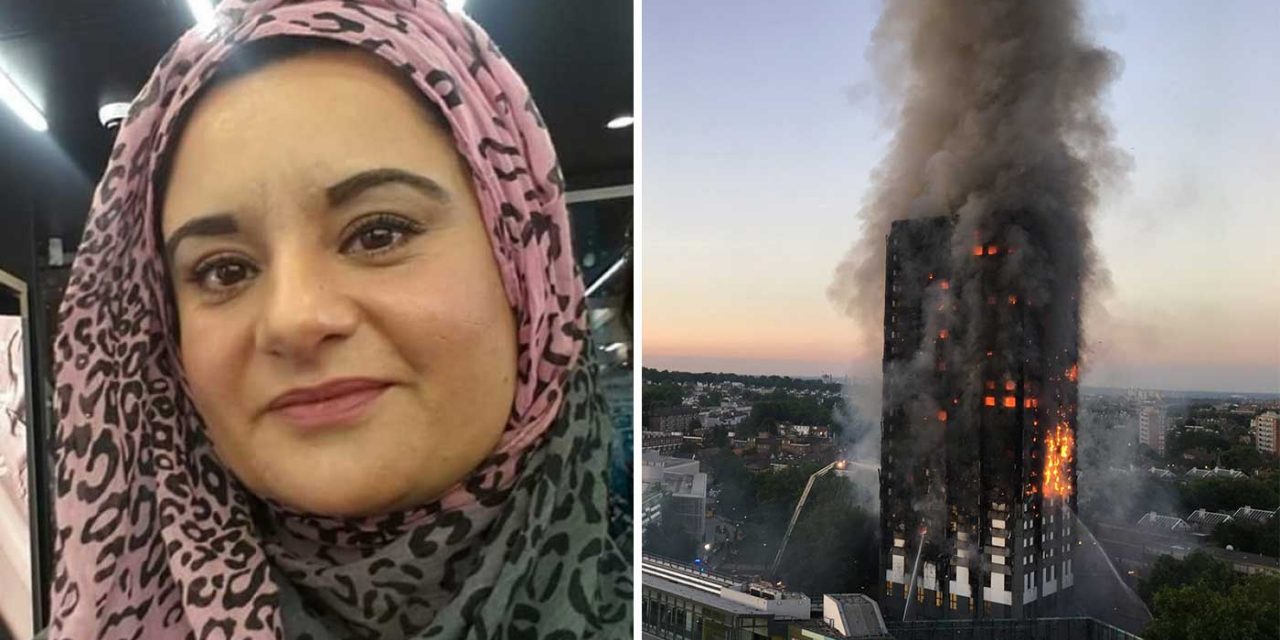 A volunteer coordinator working with victims of the Grenfell Tower fire has said that the 71 people who died in the disaster were “burnt alive in a Jewish sacrifice”.

According to The Times, Tahra Ahmed, said, “Watch the live footage of people trapped in the inferno with flames behind them. They were burnt alive in a Jewish sacrifice. Grenfell is owned by a private Jewish property developer just like the twin towers. I wonder how much Goldman [Goldman Sachs bank] is standing to make in the world’s most expensive real estate location [Kensington].”

Tahra holds a key position as a coordinator and trainer for volunteers assisting victims of the Grenfell Tower disaster, which she described as a “holocaust”.

As well as her work helping victims, it also seems she is into her anti-Semitic conspiracy theories.

She describes the Holocaust as the “Holohaox”, a common phrase used by Holocaust deniers, and on her Facebook page she wrote that “Hitler and the Germans were the victims of the Jewish conspiracy to destroy Germany”.

Another of her conspiracies is that ISIS are actually lead by “Arab Jews” and are trained by Mossad, the Israeli secret service.

Campaign Against Antisemitism discovered a Facebook post of hers where she wrote, “All the leadership of ISIS is directly recruited by CIA and the leadership are all Arab Jews, trained by Mossad.”

She also espouses the anti-Semitic conspiracy theory that the 9/11 terror attacks in New York were “faked by Jews”.

Councillors in Kensington and Chelsea are reportedly worried about unchecked volunteers who are involved with Grenfell Tower survivors and have called upon the Secretary of State to address the situation.

The Grenfell Tower fire killed 71 people on 14 June 2017, when the 24-story Grenfell Tower block of public housing flats in North Kensington, West London. More than 70 more people were injured while 223 people managed to escape the blaze.