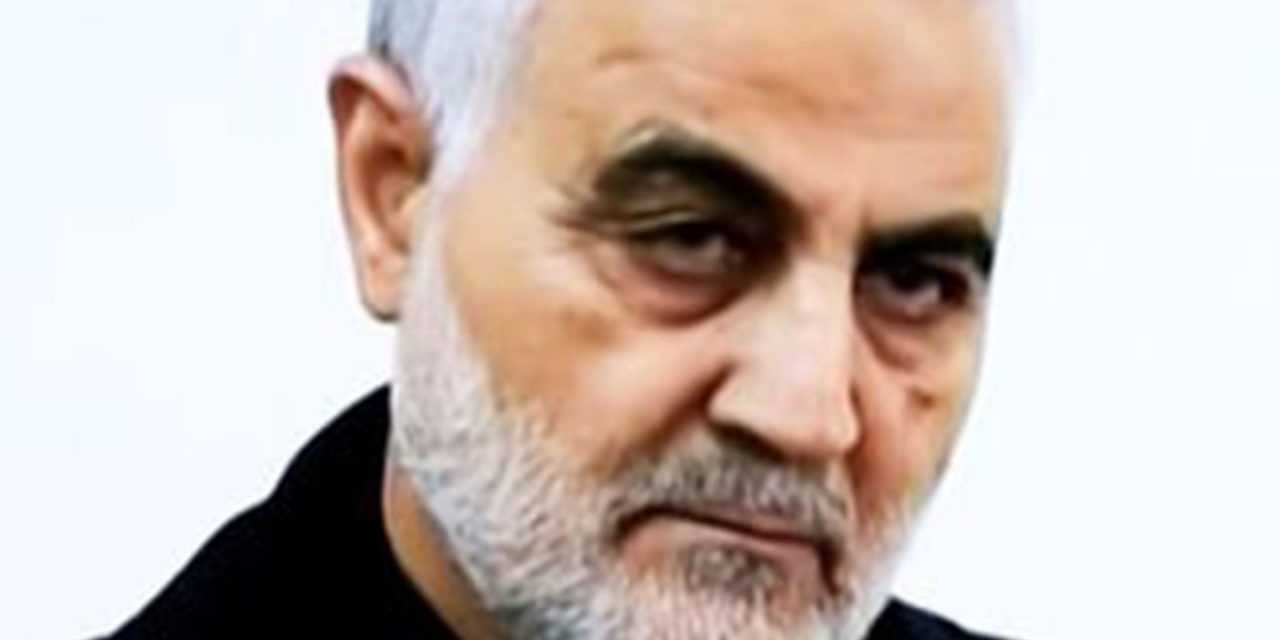 Last night, the US carried out a targeted killing of Iranian General Qassem Soleimani.

This article explains that Soleimani was responsible for the killing of hundreds of American forces. He was the military commander overseeing the terrorist group Hezbollah. According to Iran, he lived “40 years of Jihad”. According to his own words, he encouraged Jihad and martyrdom and even prayed for his own martyrdom. He hated Israel and praised attacks against Jews. He was planning imminent attacks on US diplomats in Iraq.

If anyone tells you he was a good man or that the US was wrong for killing him, show them this article.

The way the Iranians are describing Soleimani speaks volumes about who this man was.

Soleimani was a public figure in Iran. Iran’s media lionized Soleimani, praising him as the “Saviour of Iraq” in 2014. Many Iranians knew that he was a close friend of Ayatollah Khamenei and was even regarded as his protégé. His killing, therefore, sent shockwaves through the country (or at least those in the country who support the Iranian regime).

Video footage emerged this morning from an Iranian mosque where the imam speaking to the crowd announced the death of Soleimani. This prompted a reaction of shock and even crying from the men gathered.

The imam who announced his death described Soleimani as being “a believing and revolutionary mujahid (Islamic warrior) with a record of 40 years of Jihad”.

“Martyrdom is his reward”, the imam continued before bizarrely claiming the US killed him because he was “an agent of unity” between Christians, Muslims and Jews. The worshippers gathered then started chanting “Death to America”.

The imam concludes by saying, “Dear Hajj Qasem (Soleimani), your wish came true. We sign a pact with your blood: We will exact revenge for you from the Americans and the Zionists.”

This is clearly a radical Islamist ideology that praises Jihad and martyrdom and wishes for the death of our cherished allies Israel and the US. This is not surprising as the leadership of Iran view Israel as the “little Satan” and America as a “great Satan”.

Martyrdom was mentioned by Iran’s state TV which announced Soleimani as being “awarded martyrdom”.

“Islam’s proud commander, Hajj Qasem Soleimani, was awarded martyrdom today at dawn in an attack by American helicopters, at Baghdad International Airport. He hastened to meet his Creator, grateful for years of Jihad that were full of pride and honour,” the news anchor said.

Soleimani dreamed of martyrdom for himself

Martyrdom is not just something Soleimani was praised for attaining. He also himself encouraged others to become martyrs and prayed for it himself.
In a 2007 speech, Soleimani said:

“In light of the prestige earned by the martyrs, I pray to God for my own end to be martyrdom as well, and that He will not deny me this mighty blessing granted to outstanding individuals. On the frontlines [of the Iran-Iraq War], on the eves of operations and under the most difficult conditions… I felt the divine backing and guiding me, and I entered the war’s most difficult arenas with reliance on God…”

He explained that his desire for martyrdom comes from his radical Islamist beliefs.

“In essence, it can be deduced from Koranic verses, traditions, and hadiths that man is incapable of fully grasping [how lofty] the rank of the martyrs is… Sometimes a man turns to his friend and implores him, ‘Pray [for me] that I will be martyred.’ Usually, we respond politely, ‘No! May God keep you [alive], you are necessary to us.’ [But praying for martyrdom] is a magnificent prayer… a magnificent prayer…”

In another speech he explained his beliefs further:

“There is no doubt today that the martyrs are the country’s strongest and most eternal figures, and the people live with these figures and their way, which they love. The models of the great martyrs of the revolution and the Iran-Iraq war, who are being imitated today, play the highest possible role in purifying society and exporting the Islamic Revolution. The aspiration for struggle and the attention to religious morals are the primary foundations of the crystallization of a revolutionary image…”

Hezbollah is under the direct control of Iran and Soleimani became the default commander of Hezbollah after its military leader was killed in 2016.

Not only did Soleimani run the military wing of the terrorist organisation, but he also subscribed to Iran’s tactic of setting up radical Islamist terrorist forces in the Middle East that were under Iran’s control. And this was driven by his beliefs.

“Iran has thousands of organizations like Hizbullah, and millions of people who are like Hizbullah activists. In effect, this nation [i.e. Iran] is undefeatable; because of its reliance on God, and because of its belief in the sacred Imams and its confidence in the victory of God, it continues on its path…”

Soleimani praised attacks on “the Zionists” and revered Khomeini for being behind the military aggression against Israel.

In a February 16, 2014 speech in Kerman, Soleimani said: “Look at Saudi Arabia. They buy more weapons every year from the U.S. and other countries than they have people. The Imam [Khomeini] appeared and turned rocks into missiles. The Imam came and gave [the Islamic world] this courage. The missile that first hit Tel Aviv was – unlike in all the wars between Arabs and the Zionist regime – not an Arab missile. It was not Egyptian. It was not Ottoman-era Turkish. [This missile] was upgraded [from a stone] by the Imam [Khomeini]…”

We can see how Soleimani viewed his country’s role in the fight against “the Zionists”. Iran is today acting on this belief, with the help of extremists like General Soleimani, moving through the region with military force and arming its terrorist proxies. All the time edging closer to Israel’s borders.

The US Department of Defense said today, “General Soleimani was actively developing plans to attack American diplomats and service members in Iraq and throughout the region.”

“General Soleimani and his Quds Force were responsible for the deaths of hundreds of American and coalition service members and the wounding of thousands more.”

There is no doubt that Soleimani was a top general of Iran. He was a radical Islamist terrorist leader who was hell-bent on the destruction of Israel. His death was a wakeup call to Iran that they cannot continue their aggression against the US, Israel or attempt to further destabilise the region without a strong response from the US.