Kemp slams Corbyn: “You were paid by the same terrorist regime that paid Soleimani” 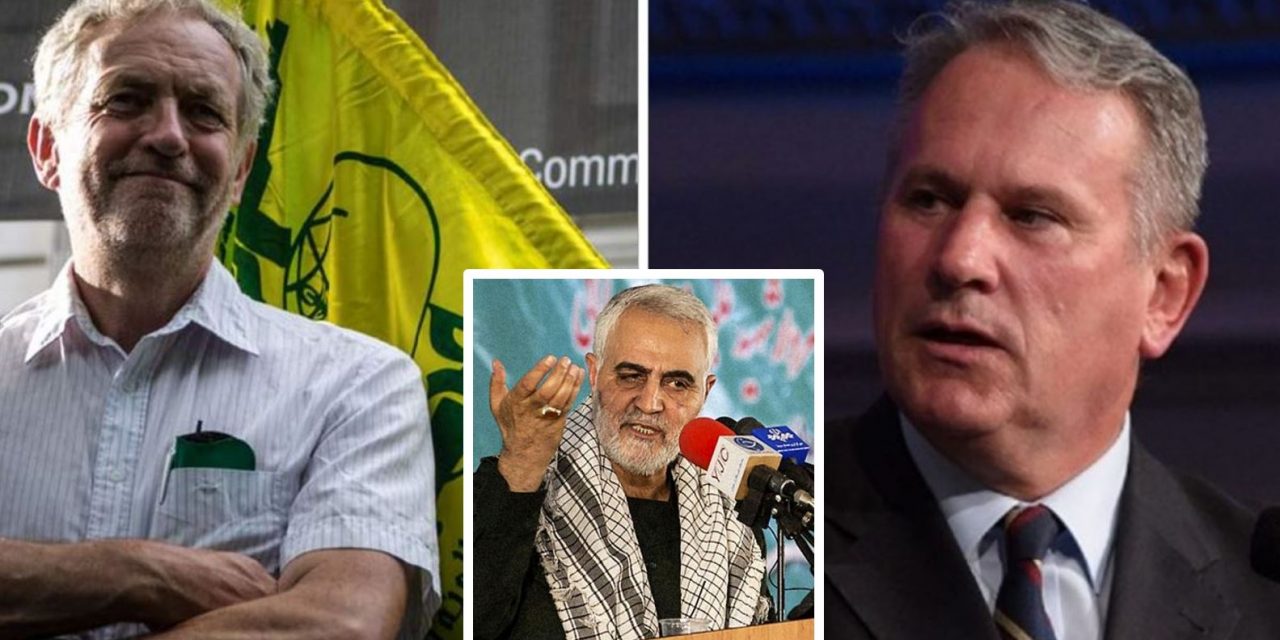 Colonel Richard Kemp, former commander of the British Armed Forces in Afghanistan, has reacted to comments by Jeremy Corbyn that called for the UK to stand up to US actions after the airstrike that killed an Iranian terrorist general.

The Labour leader tweeted on Friday morning in response to the killing of Qassem Soleimani, the powerful head of Iran’s Quds Force, who was killed in a targeted airstrike at Baghdad International Airport:

“The US assassination of Qasem Soleimani is an extremely serious and dangerous escalation of conflict with global significance,” Corbyn tweeted, “The UK government should urge restraint on the part of both Iran and the US, and stand up to the belligerent actions and rhetoric coming from the US.”

Colonel Kemp, who last year warned of the risks to Britain’s security if Corbyn became Prime Minister, slammed the Labour leader in a retweet: “You were paid by the same terrorist regime as paid Soleimani,” Kemp said before explaining that Britain must support the US in its dealings with Iran. “The UK government needs to publicly support this US action and ensure it is ready to give maximum military & diplomatic support to the US as the situation unfolds.”

You were paid by the same terrorist regime as paid Soleimani. The UK government needs to publicly support this US action and ensure it is ready to give maximum military & diplomatic support to the US as the situation unfolds. https://t.co/3dYZL02duQ

Corbyn failed to acknowledge the chaos, death and destruction caused by Soleimani, who was head of Iran’s Islamic Revolutionary Guard Corps’ Quds Force and was behind attacks on Israel and the United States. Instead, not for the first time, Corbyn took aim at our ally, the United States, instead of the destabilising actions and threats by the Iranian regime.

"Anybody who's opposed to Britain, the West, the United States, Corbyn
is on their side and against us."@COLRICHARDKEMP speaks to The Sun about Corbyn and Iran. pic.twitter.com/ygTPh1v7Hy

The UK’s Foreign Secretary, Dominic Raab, stated, “We have always recognised the aggressive threat posed by the Iranian Quds force led by Qasem Soleimani. Following his death, we urge all parties to de-escalate. Further conflict is in none of our interests.”