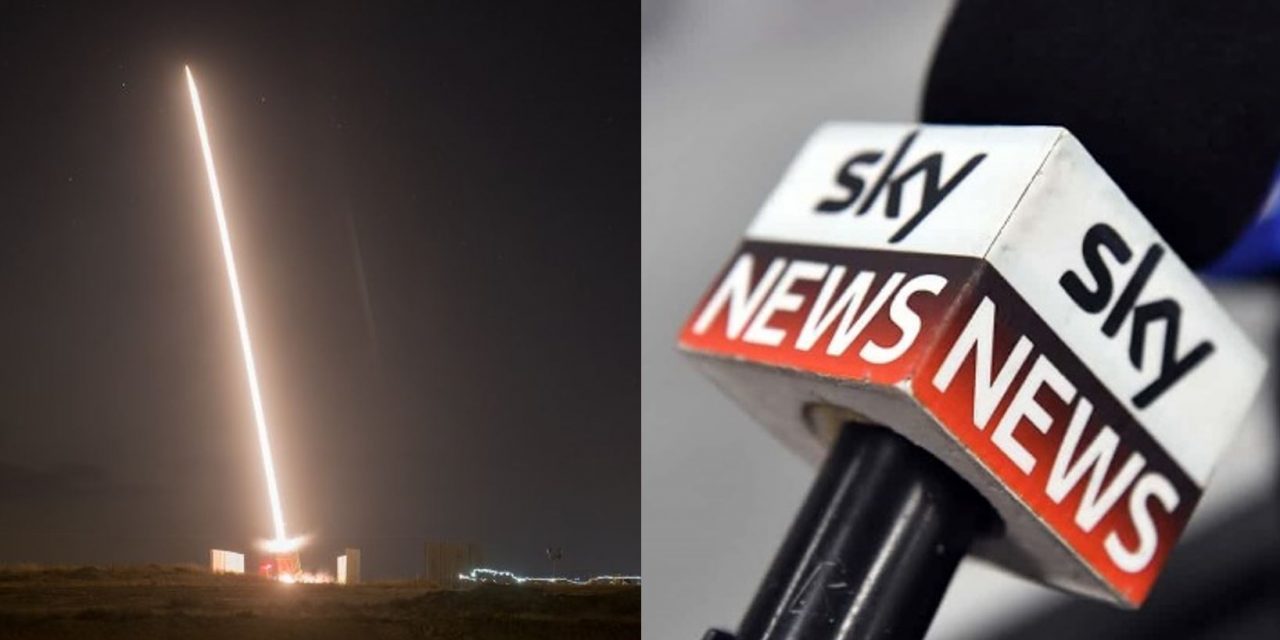 One of Britain’s leading news broadcasters, Sky News, failed to report at all on the barrage of more than 150 rockets that were fired into southern Israel.

Israel’s citizens in the south experienced an onslaught of attacks from Hamas terrorists who fired over 180 rockets at them Wednesday evening and into Thursday, repeatedly setting off Red Code alerts sending residents running for cover. One rocket reached the city of Beersheva, the furthest a projectile has reached since 2014.

To date, there is no mention on the SkyNews website of the attack on Israel or Israel’s counter-attack. Viewers would have also noticed a silence watching its news channel.

Below is a screen-grab of SkyNews online at the height of the escalation.

Over ONE HUNDRED AND FIFTY rockets rained down on the civilian population of #Israel overnight.

Can you spot what’s missing from @SkyNews headlines??

What’s the matter #Sky, not enough injured or dead Jews for you to report it yet??!! pic.twitter.com/4eFZLYakKu

Meanwhile, Israel’s Foreign Ministry on Thursday issued an official condemnation of the BBC for its skewed reporting on Israel and the rocket attacks it has endured from Hamas in Gaza, demanding that it change its biased headline.

Posting a screenshot of the BBC’s headline, Nahshon said that “this title is a deliberate misrepresentation of reality (that’s the polite equivalent of “this is a LIE”, if you don’t get it). Israelis were targeted by Hamas and IDF acts to protect them.”