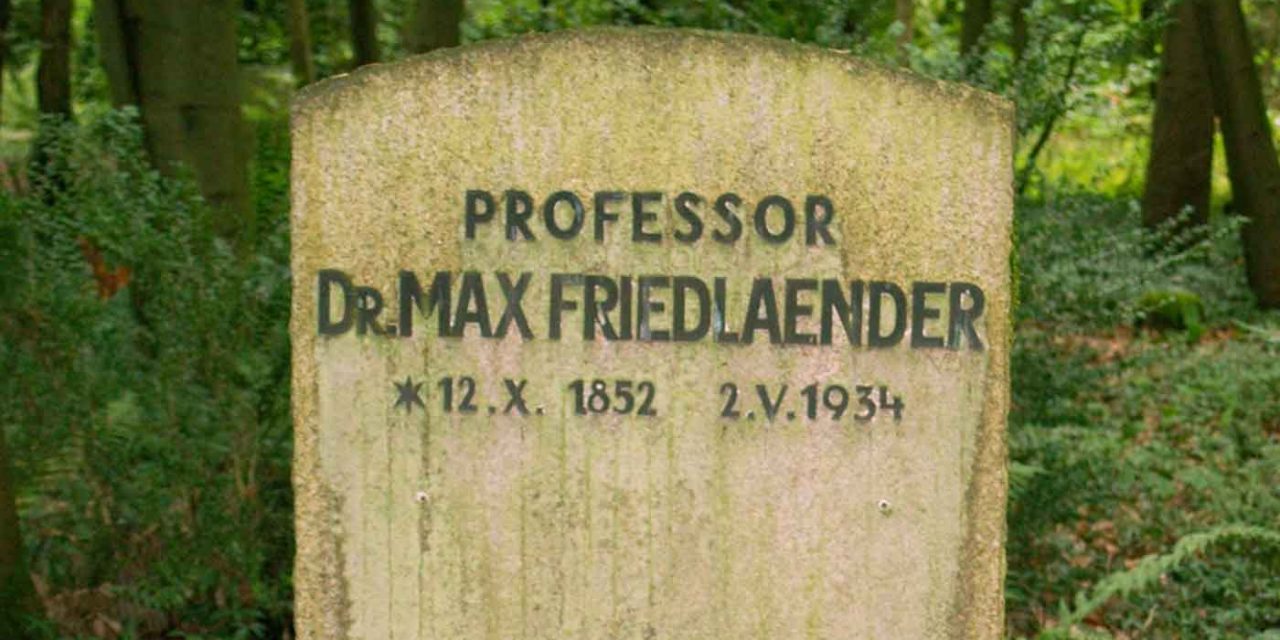 A church has made a ‘terrible mistake’ by burying the ashes of a notorious anti-Semite in the empty grave of a Jewish music professor.

Last Friday, 48-year old neo-Nazi Henry Hafenmayer was laid to rest at the gravesite of professor Max Friedlaender who died from a stroke in 1934.

In Germany, burial plots are reused if the lease of the grave has not been renewed after a period of 10 or 20 years. Max Friedlaender’s remains were moved in 1980, however, his headstone remained on the plot as it was declared a listed monument.

Hafenmayer’s funeral took place last week and was attended by neo-Nazis and other anti-Semites. The attendants placed a portrait of Hafenmayer in front of Friedlaender’s tombstone and neo-Nazis also laid wreaths on the grave with nationalist messages and ribbons with Nazi-era cross symbols.

Pictures of the funeral were posted on Flickr by RechercheNetzwerk.Berlin, an organisation campaigning against anti-Semitism.

Those attending included fans of Hafenmayer who was a notorious Holocaust denier and ran a blogging website called “End of the Lie” which published anti-Semitic propaganda and glorified Nazism.

Holocaust denial is illegal in Germany and a Berlin official in charge of combatting anti-Semitism has launched legal action against the mourners for
disturbing the peace of the dead and for racial incitement.

The Church said that Hafenmayer’s representative had originally requested a more central burial plot, which had been refused by the cemetery authorities as there were many Jewish graves in that area.

The selection of Prof Friedlaender’s former plot appears not to have been turned down because the cemetery records recorded him as Protestant.

In an apologetic statement, Bishop Stäblein said the burial was “a terrible mistake and shocking occurrence, in view of our history”.

The bishop, who leads the Church in that part of Germany, said “we must immediately see whether and what we can undo”.