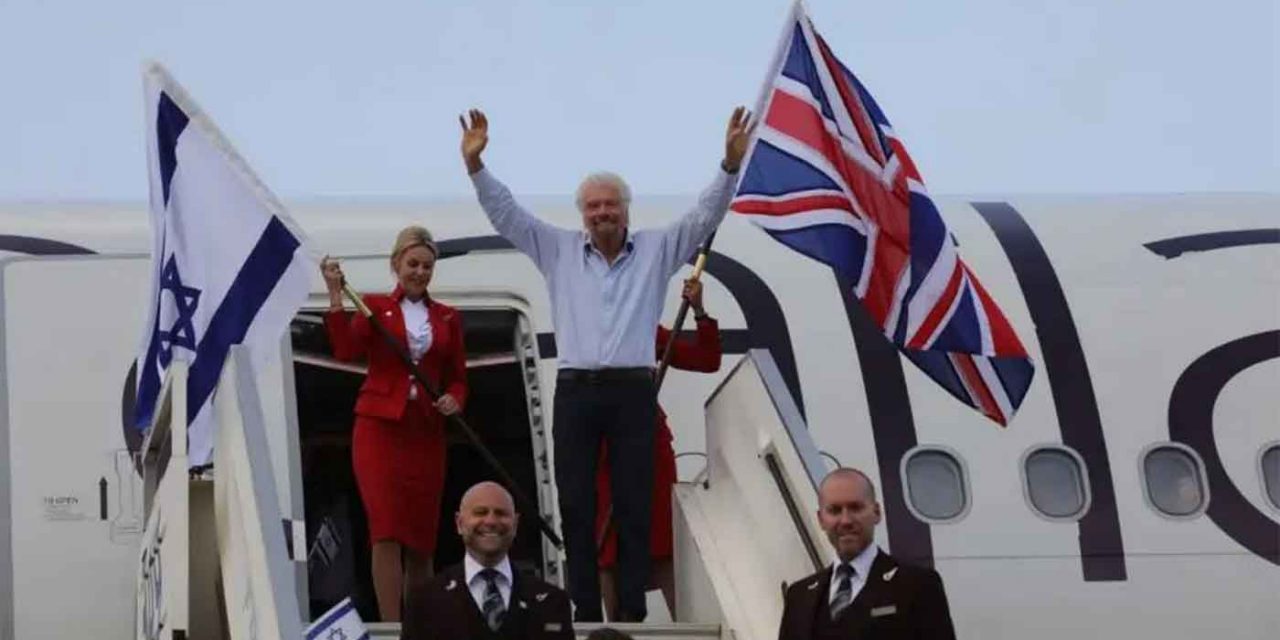 Voicing his opposition to boycotts as a solution to the Israeli-Palestinian conflict, Branson told reporters that Israel is a country of “great entrepreneurs doing incredible things,” and that the Virgin Group would likely increase its investments in the region following the launch of flights on September 25.

“There are definitely big issues that need to be sorted out in this region, and there need to be brave politicians who sort out these issues and say enough is enough,” said Branson, who kissed the ground after landing in Tel Aviv. “We have invested in both Israel and Palestine. When we start flying our airline to a country, on the back of that, other Virgin companies follow and are involved in lots of different areas. I’m sure we’ll be investing much more in the years to come.”

Branson expressed his willingness to meet and learn from Israeli entrepreneurs operating in the field of space technology. Virgin Galactic, a space-tourism subsidiary of Virgin Group, is due to go public on Monday on the New York Stock Exchange.

“If there are entrepreneurs here working in the field of space and have specific ideas, we would welcome being able to learn more from them,” said Branson. “You have so many incredible individuals in this area and other areas that could contribute a lot.”

Virgin Atlantic, headed by Israeli CEO Shai Weiss, commenced daily flights from London to Tel Aviv on September 25 and aims to take advantage of the demand for cross-Atlantic travel by connecting passengers between Israel and the United States.