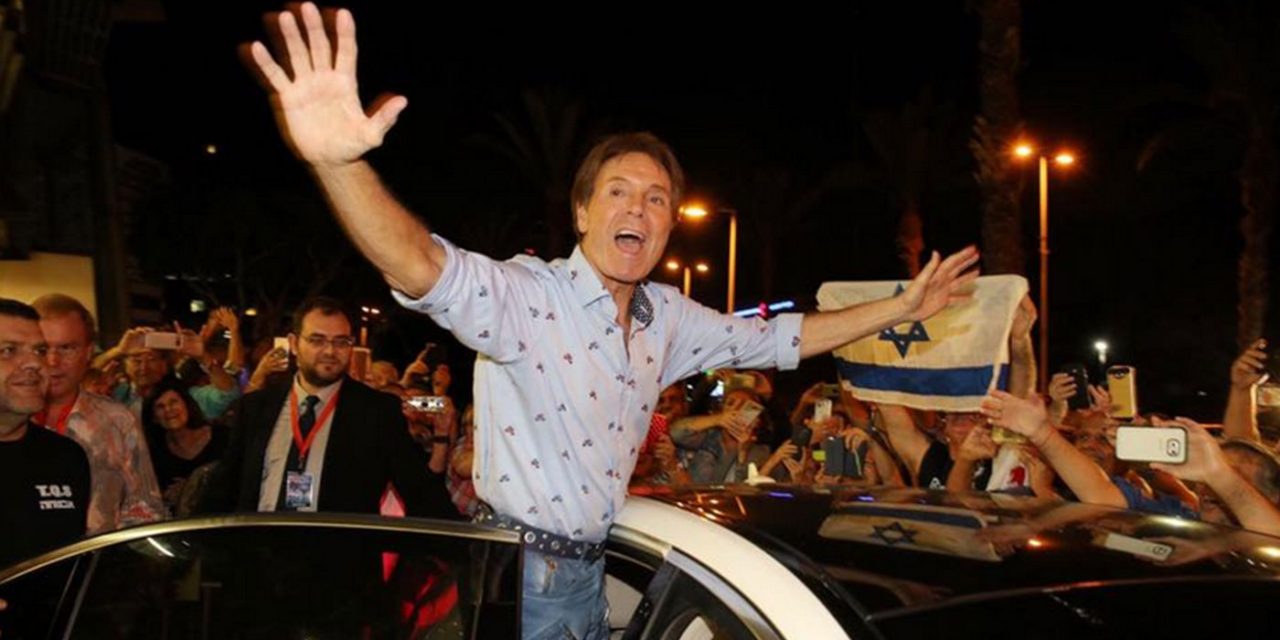 Legendary British singer, Sir Cliff Richard, flew to Israel this week to perform in Tel Aviv and while he was there he helped to promote peace amongst Israel’s Jewish, Muslim and Christian youth.

The Christian entertainer performed in Tel Aviv, something he has done a number of times before and expressed that he would like to return to Israel, a country close to his heart, again in the future.

Sir Cliff is a well-known tennis fan, his performances to entertain the crowds at Wimbledon during weather breaks has become as much a part of the British tournament as the white outfits and strawberries and cream.

His love of tennis was on display as he took part in a fundraiser for the Freddie Krivine Foundation, which supports Muslim and Christian Israeli Arab schools and tennis clubs and promotes co-existence through sport with Jewish children.

Photos taken in Israel with the Freddie Krivine Foundation to promote friendship through tennis. pic.twitter.com/hv3TRij2qv

The star has a history of involvement in the region: in 2006, he helped re-establish the Nazareth tennis school in 2006, played tennis with Israeli kids before his concert tour in 2013, and donated funds to support individual talented players with travel and coaching grants.

“I love tennis because you can beat your opponent and they will still be your friend”, Sir Cliff said.

“The Freddie Krivine Foundation brings young people together regardless of their background or nationality. Tennis can encourage them to forget ‘divisions’ and also to have healthy lives. It is my pleasure, once again, to support this terrific initiative.”

Sir Cliff has visited the Jewish State numerous times over the years, touring with The Shadows in the 1960’s and coming over by himself in later years. The most recent time before this trip was in 2013.