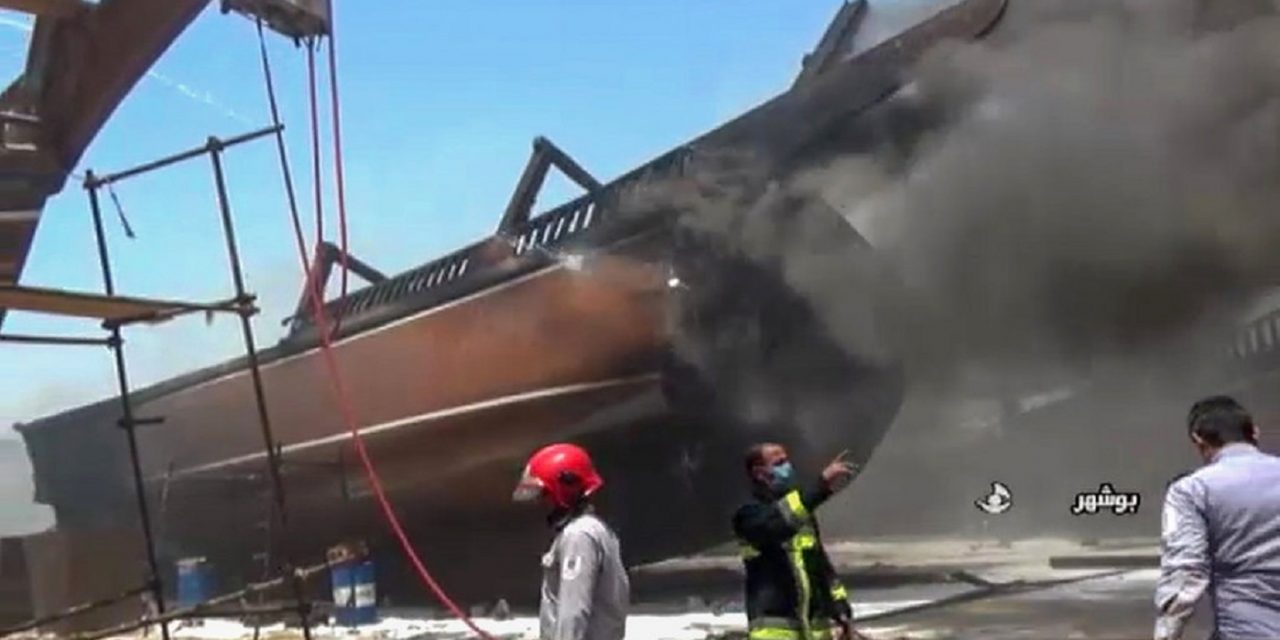 According to a report by Iran’s Tasnim news quoted in a number of Western outlets, a minimum of seven ships caught fire on Wednesday in the port of Bushehr, which is in the same province as the Islamic Republic’s sole nuclear plant.

There were no deaths reported from the fires.

The blaze at the Bushehr waterfront is the latest in an ongoing series of explosions, blasts, and fires at sensitive sites throughout Iran.

On Monday, a fire broke out at “a major petrochemical plant in southwestern Iran,” Tasnim reported, after which conflicting reports emerged in the Iranian media with regard to the cause of the incident.