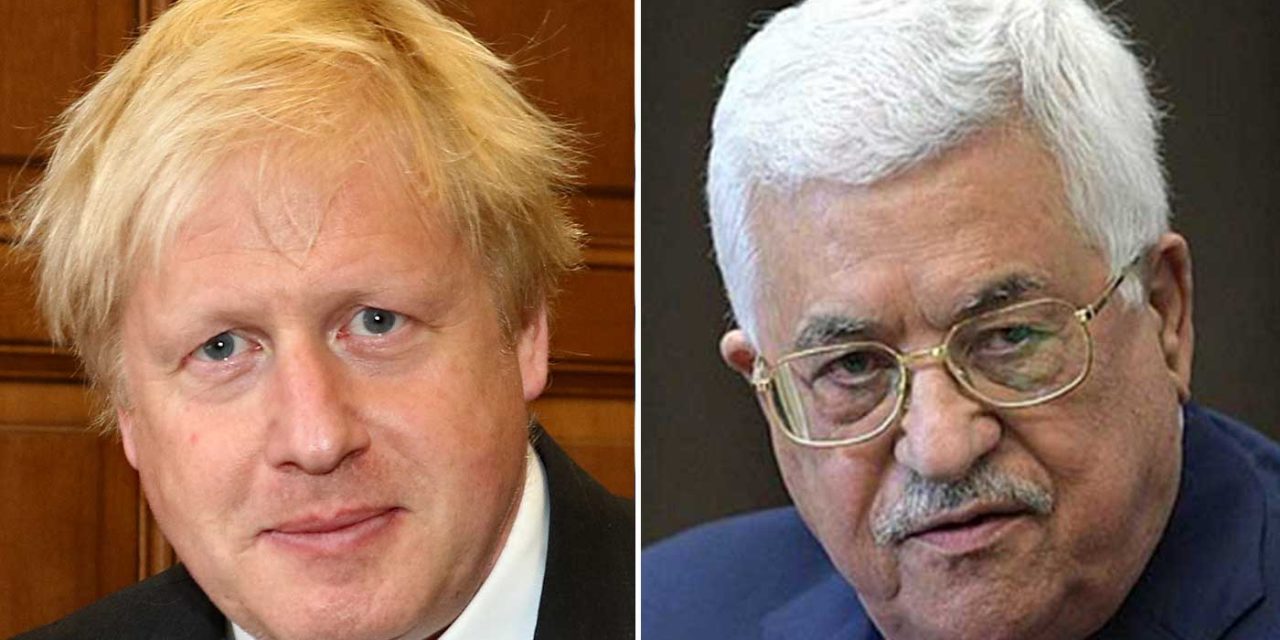 Prime Minister Boris Johnson has spoken with the Palestinian Authority President Mahmoud Abbas to repeat his “opposition” to Israel’s proposal of declaring sovereignty over parts of Judea and Samaria (the West Bank).

A Downing Street spokesman said: “The Prime Minister spoke to Mahmoud Abbas, president of the Palestinian Authority, this evening.

“He reiterated the UK’s commitment to the two-state solution and our opposition to annexation proposals in the West Bank.

“The Prime Minister urged President Abbas to engage in negotiations and offered the UK’s support to foster dialogue.

“The leaders agreed to continue to work together on this issue and others.

CUFI UK supports Israel’s right to declare sovereignty over its historic homeland, the land that was given to them by God as outlined in the Bible some 3,000 years ago. Therefore, we strongly disagree with the Prime Minister’s stance on this issue.