Scientists discover evidence meteor was cause of Sodom’s destruction 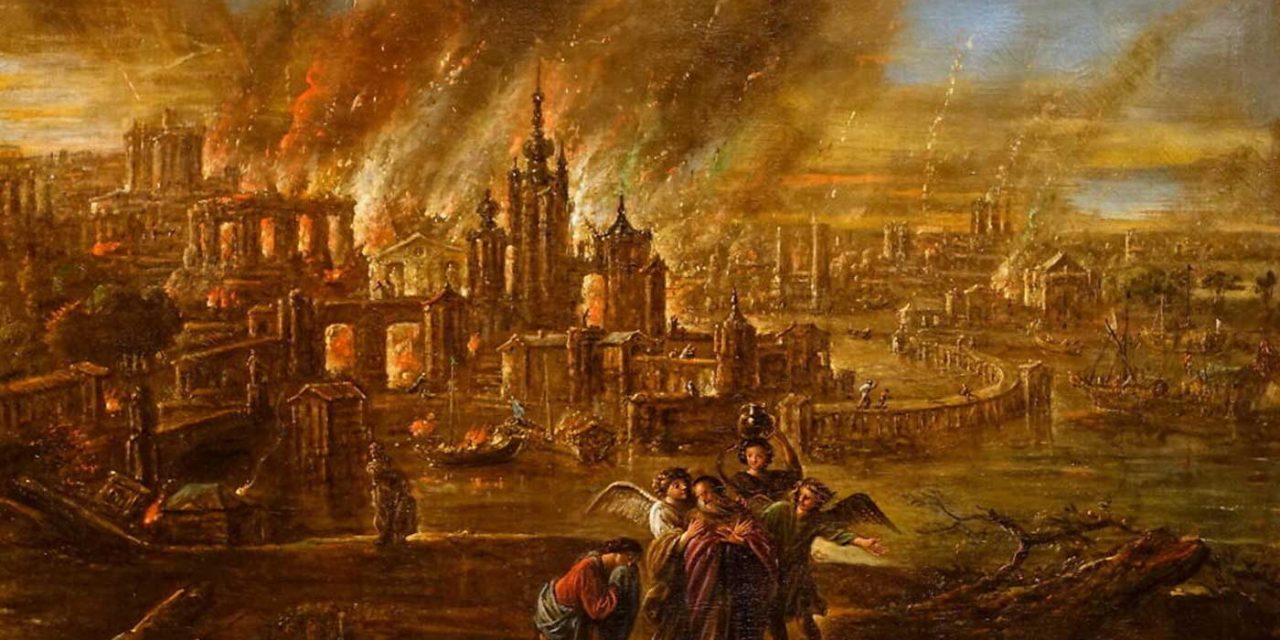 Archaeologists and scientists have discovered that some 3,600 years ago a meteor exploded over the Dead Sea area likely pointing to the cause of the destruction of Sodom and Gomorrah.

The findings were part of years of study by a multi-disciplinary team of scientists at Jordan’s Tall el-Hammam Excavation Project.

The findings help solve the mystery of why one of the most productive agricultural regions that supported tens of thousands of people for more than 3,000 years, suddenly died and remained barren for several hundred years and backs up Bible truth.

Genesis 19:24–25 says: “Then the Lord rained down burning sulfur on Sodom and Gomorrah — from the Lord out of the heavens. Thus He overthrew those cities and the entire plain, including all those living in the cities — and also the vegetation in the land.”

The study notes that there is ongoing debate as to whether Tall el-Hammam could be the biblical city of Sodom, saying that question is “beyond the scope of this investigation.”

(Note: While there is debate, the general consensus is that both Sodom and Gomorrah were located on the shores of the Dead Sea and within close proximity to the blast radius shown in the image below.) 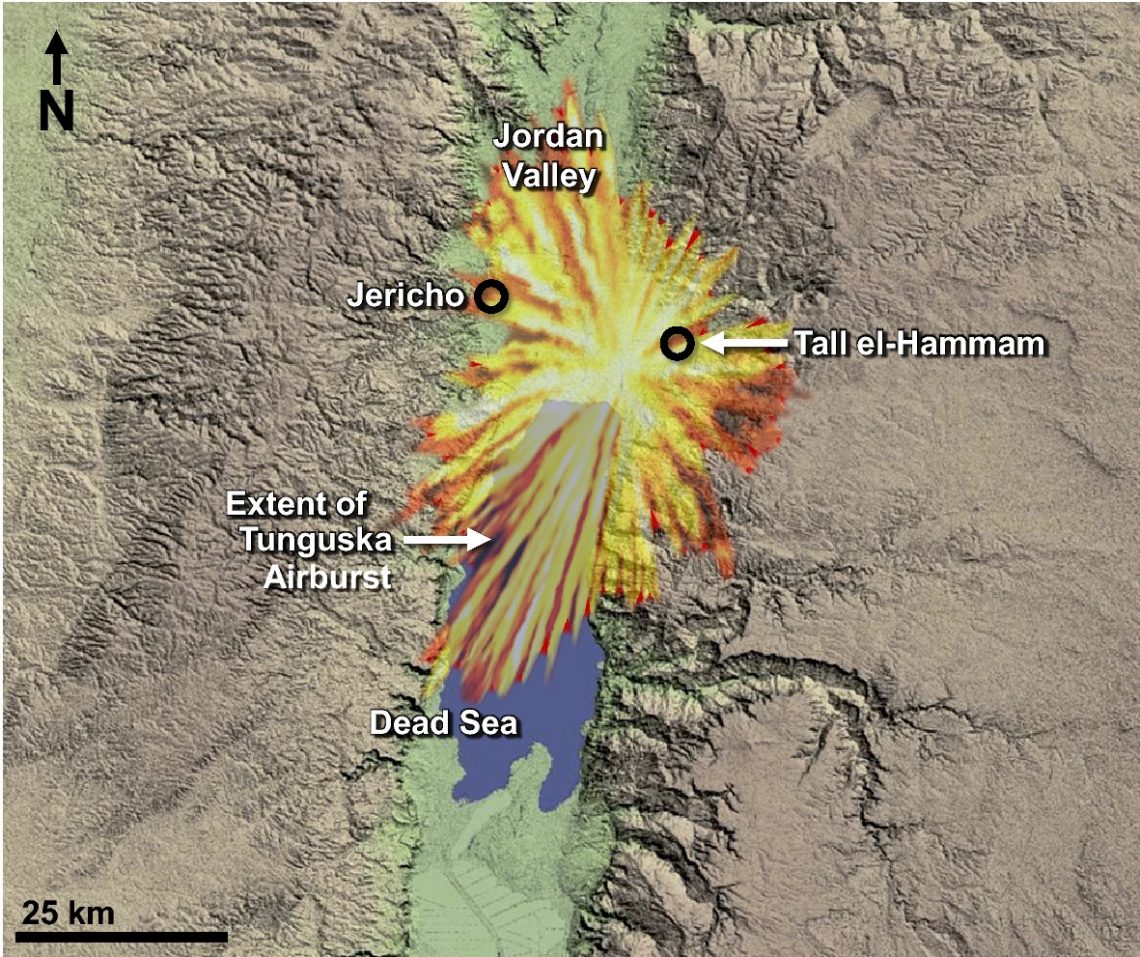 “Nevertheless, we consider whether oral traditions about the destruction of this urban city by a cosmic object might be the source of the written version of Sodom in Genesis. We also consider whether the details recounted in Genesis are a reasonable match for the known details of a cosmic impact event,” the study says, concluding it was likely.

“The description in Genesis of the destruction of an urban center in the Dead Sea area is consistent with having been an eyewitness account of a cosmic airburst,” the study says noting it matched their findings of “stones fell from the sky; fire came down from the sky; thick smoke rose from the fires; a major city was devastated; city inhabitants were killed; and area crops were destroyed.”

The study also notes that the description of the Destruction of Sodom is unique. “There are no known ancient writings or books of the Bible, other than Genesis, that describe what could be construed as the destruction of a city by an airburst/impact event.”

In reaching their conclusions on the cause of the Tall el-Hammam destruction, the scientist said they investigated 14 major lines of evidence, including the discovery of pottery and bricks that melted at extremely high temperatures, diamond-like carbon formed at high pressure and temperature, and evidence of minerals that melted at temperatures of over 2500°C (4500 degrees Fahrenheit.)

The study examined other possible causes like war, earthquakes and volcanic eruptions, but concluded that while they could have accounted for some of the finds, only a meteor airburst could account for all of them.

The scientist also discovered that the reason the region remained abandoned for so long after the cataclysmic event was due to a sudden increase in salinity in the land, which made it unsuitable for agriculture for several hundred years.

“This multi-century abandonment is particularly puzzling, given that this area contains the most fertile agricultural land within a radius of hundreds of kilometers across Jordan, Israel and Palestine. The destruction was so remarkable and so pervasive that the ensuing name of the area became Abel, the ‘mourning grounds,”‘ the paper notes, saying it could not have been caused by a regular event, but by “a regional civilization-ending catastrophe that depopulated more than 500 km² of the southern Jordan Valley for between three and seven centuries.”

The study speculated that an airburst above the highly salty Dead Sea may have distributed “hypersaline water” across the area.

“Any survivors of the blast would have been unable to grow crops and therefore likely to have been forced to abandon the area,” the study said, noting that land may only have become arable again after some 600 years.

Once again we are seeing science provide evidence to the stories of the Bible. Non-believers often mock the Word of God calling its stories “fairytales” but time after time Bible truth is being revealed.