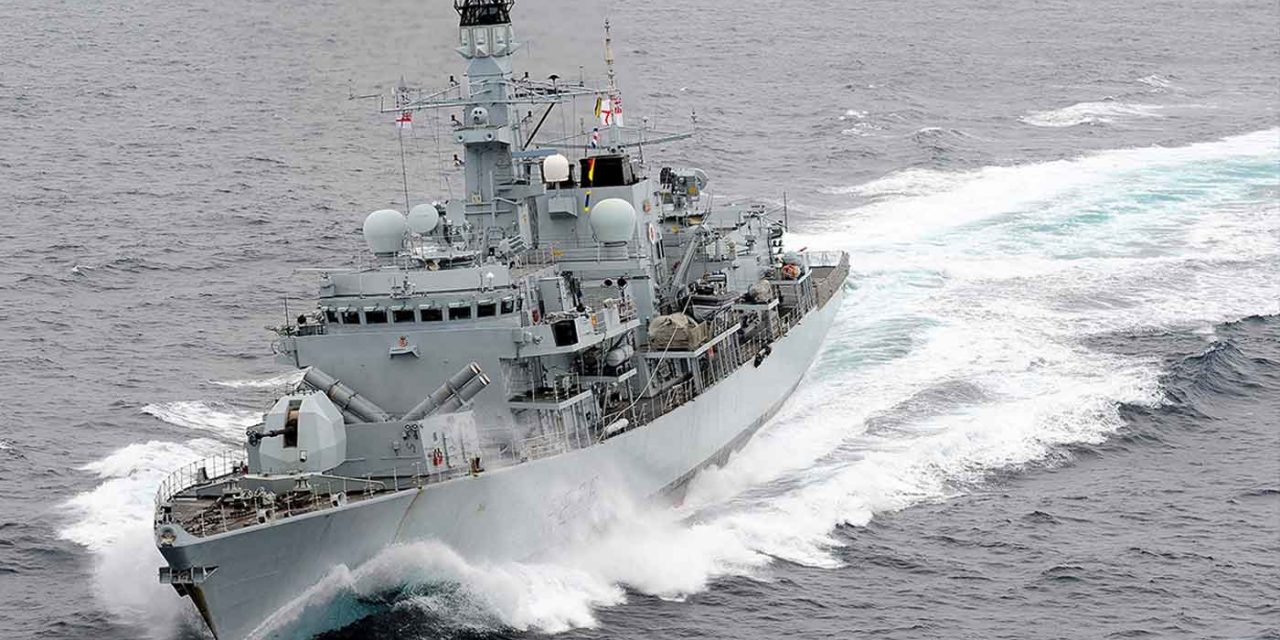 The Royal Navy has fended off the attempted seizure of a British oil tanker by Iranian Revolutionary Guards in the Persian Gulf. The move follows threats from Iran for the UK to “be scared” of their retaliation after Britain seized an Iranian tanker off the coast of Gibraltar.

“Contrary to international law, three Iranian vessels attempted to impede the passage of a commercial vessel, British Heritage, through the Strait of Hormuz,” the UK government said in a statement.

“We are concerned by this action and continue to urge the Iranian authorities to deescalate the situation in the region.”

The British Heritage, owned by BP Shipping and registered to the Isle of Man, was crossing into the Strait of Hormuz area when it was approached by three Iranian Islamic Revolutionary Guard Corps boats.

The Iranians ordered the vessel to stop in nearby Iranian territorial waters, according to reports, citing two US officials with direct knowledge of the incident. A US aircraft flying overhead filmed the incident.

The Iranian regime’s boats withdrew after HMS Montrose, a Royal Navy frigate which had been escorting the tanker, aimed its guns on the Iranians and warned them to move away.

The move comes following an Iranian oil tanker being seized by British forces off the coast of Gibraltar on Friday. The move caused outrage from the Iranian regime who threatened to seize British ships in retaliation, which it appears this was an attempt to do.

Iran’s President Hassan Rouhani was quoted by the official IRNA news agency as calling the seizure “mean and wrong” during a Cabinet meeting.

He warned London: “You are an initiator of insecurity and you will understand its repercussions,” without elaborating.

The Iranian tanker that was seized is believed to have been heading to Syria to an Assad regime refinery that is under EU sanctions. The UK was said to be acting on intelligence given to them by the US, with legal authority from the EU sanctions.

Fabian Picardo, Gibraltar’s chief minister, said in a statement: “We have detained the vessel and its cargo. This action arose from information giving the Gibraltar government reasonable grounds to believe that the vessel, the Grace 1, was acting in breach of EU sanctions against Syria.”

“With my consent, our port and law enforcement agencies sought the assistance of the Royal Marines in carrying out this operation.”

Marines from 42 Commando were involved in the overnight seizure, with some landing on the ship’s deck by rapidly descending down ropes suspended from a Wildcat helicopter, and the rest following up via speedboat.

The 28-person crew on the enormous Iranian tanker are being interviewed as witnesses, not criminal suspects, authorities in Gibraltar said. The territory’s police and customs officials have remained on board the ship to carry out their investigation, but the Royal Marines are no longer present.

Prime minister Theresa May’s official spokesperson said: “We welcome this firm action to enforce EU sanctions against the Syrian regime and commend the Gibraltarian authorities involved in successfully carrying out this morning’s operation.”

“This sends a clear message that the violation of the sanctions is unacceptable.”

“America & our allies will continue to prevent regimes in Tehran & Damascus from profiting off this illicit trade,” Bolton said on Twitter.

Excellent news: UK has detained the supertanker Grace I laden with Iranian oil bound for Syria in violation of EU sanctions. America & our allies will continue to prevent regimes in Tehran & Damascus from profiting off this illicit trade.

Iran was angered by the move which came just days after Iran threatened to enrich uranium at whatever levels it wanted to, and just hours after Britain and the European Union urged Iran not to take such action.

An Iranian spokesman tweeted: “Following the illegal seizure of an Iranian oil tanker in Gibraltar by British Royal Marines, the UK envoy to Tehran has been summoned to the ministry of foreign affairs.”

Tensions rose as senior Iranian politician Mohsen Razaee wrote: “If Britain does not release the Iranian oil tanker, it is the (Iranian) authorities duty to seize a British oil tanker.”

According to the semi-official Tasnim news agency, Iran’s armed forces chief of staff, Major General Mohammad Bagheri, said Iran would retaliate after Britain seized an Iranian owned ship carrying oil to Syria. The ship was going to be delivering oil to a facility that is restricted by EU sanctions.

Bagheri claimed that the Royal Navy captured the supertanker in retaliation for the “direct, transparent and courageous” move by the “heroic Iranian Armed Forces” to shoot down a U.S. spy drone in June.

“This measure (seizure of the oil tanker) will not go unanswered, and if necessary, the response to such a shameful move will be put on the agenda, at an appropriate time and place,” the general said.

Mohammad Ali Mousavi Jazayeri, an Islamic cleric who is a member of the powerful clerical body the Assembly of Experts, said, “I am openly saying that Britain should be scared of Iran’s retaliatory measures over the illegal seizure of the Iranian oil tanker.”

“We have shown that we will never remain silent against bullying… As we gave a staunch response to the American drone, the appropriate response to this illegal capture (of the tanker) will be given by Iran as well,” he said.

There is speculation that the move was taken by Britain to send a message to Iran that it was serious about Iran’s violations of the Iran Deal.

“This is the first time that the EU has done something so public and so aggressive. I imagine it was also coordinated in some manner with the U.S. given that NATO member forces have been involved,” said Matthew Oresman, a partner with law firm Pillsbury Winthrop Shaw Pittman who advises firms on sanctions.

“This is likely to have been meant as a signal to Syria and Iran – as well as the U.S. – that Europe takes sanctions enforcement seriously and that the EU can also respond to Iranian brinkmanship related to ongoing nuclear negotiations,” he said.

It has been reported that Spain was looking into the seizure of the ship, and how it may affect Spanish sovereignty, as they claim the incident took place in Spanish waters. This is because Spain does not recognise the waters around Gibraltar as British.

However, regardless of territorial claims, Britain was acting on behalf of the EU and the sanctions they have imposed against Syria. If the shipment was heading towards a Syrian oil refinery that is subjected to these sanctions, then it would appear that the UK had every right to seize the ship in EU waters.