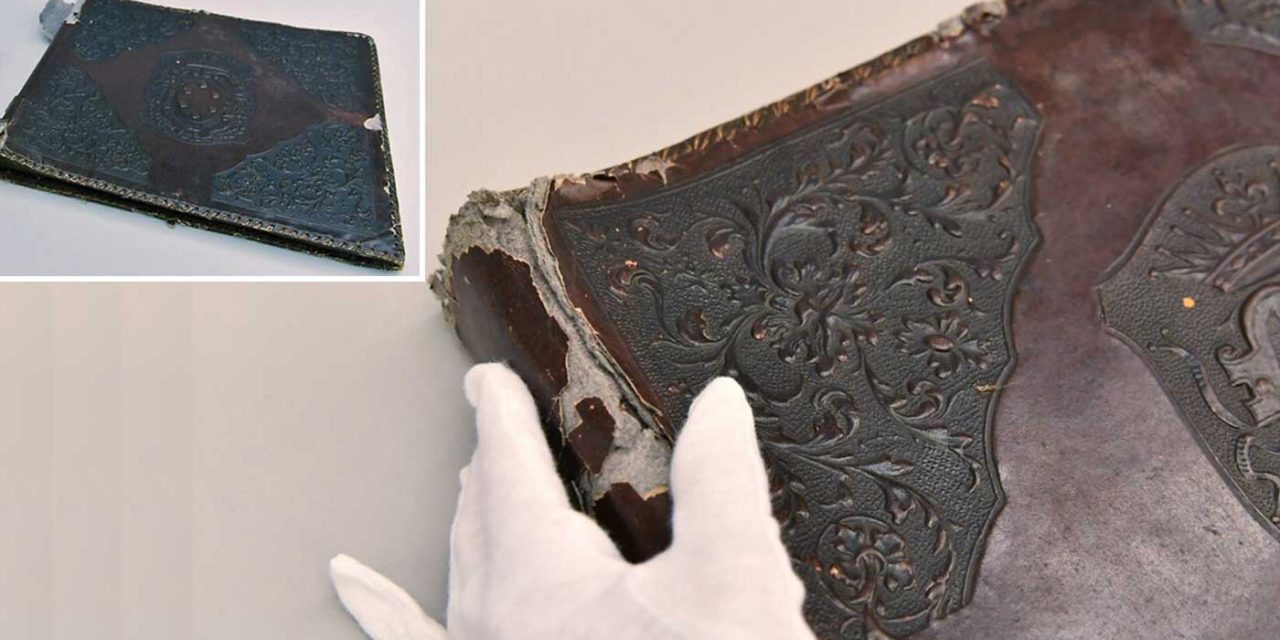 Researchers at the Auschwitz-Birkenau Memorial and Museum said they have found a Nazi photo album with a cover made of human skin.

The album was likely made at the Buchenwald concentration camp in Germany, the museum said.

The museum determined the album cover was made of skin by comparing it in a laboratory to a similar object in its collection. It first announced the find in January.

“The research suggests that it is very likely that both dust jackets, owing to their technology and composition, came from the same bookbinding workshop,” said Elżbieta Cajzer, head of the Auschwitz Museum Collections.

The album was made to hold over 100 photographs and postcards. Most of the images depict landscapes.

The album belonged to a Bavarian family that owned a guest house in a resort town during World War II and was likely gifted to the family by a staffer at Buchenwald, the museum said.