Report: Netanyahu flies to Saudi for ‘secret’ meeting with Crown Prince and Pompeo 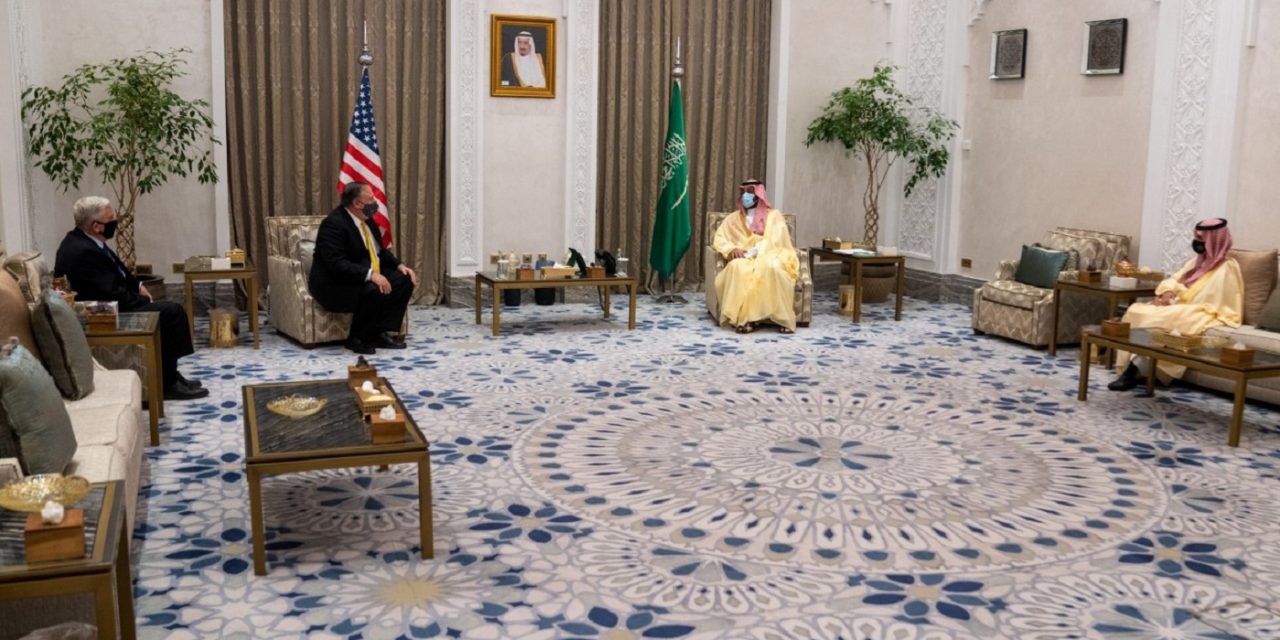 In the first visit of its kind, Prime Minister Benjamin Netanyahu traveled to Saudi Arabia on Sunday, where he met with Crown Prince Mohammad bin Salman and US Secretary of State Mike Pompeo, Israeli and Saudi officials said Monday.

Netanyahu was on the ground in Neom, a Red Sea city, for more than three hours for the first known high-level meeting between an Israeli and Saudi leader. He was accompanied by Mossad intelligence chief Yossi Cohen, Hebrew media reports said.

Hugely significant that Prime Minister Netanyahu was also reportedly present at this meeting together with the Head of Mossad. Especially as Saudis knew this would come out. https://t.co/wAOOHDAn9C

News of the meeting was confirmed early Monday afternoon by Education Minister Yoav Gallant. “I congratulate the prime minister on this amazing achievement,” Gallant said on Army Radio. “The fact that the meeting took place and was made public — even if it was in only a semiofficial way — is something of great importance.” He said it indicated the growing “warm acceptance of Israel by the Sunni world,” and that this was “something our ancestors dreamed about.”

It was Bibi's ex-fav bizjet t7-cpx. Back to Tel Aviv after 5 hours on ground pic.twitter.com/Ty9aedYbsK

Pompeo earlier on Monday said he had held a “constructive” meeting with Saudi Arabia’s crown prince the night before, as he wrapped up a seven-nation tour that included stops in Israel and Gulf nations. He made no mention of the presence of the Israeli leader.