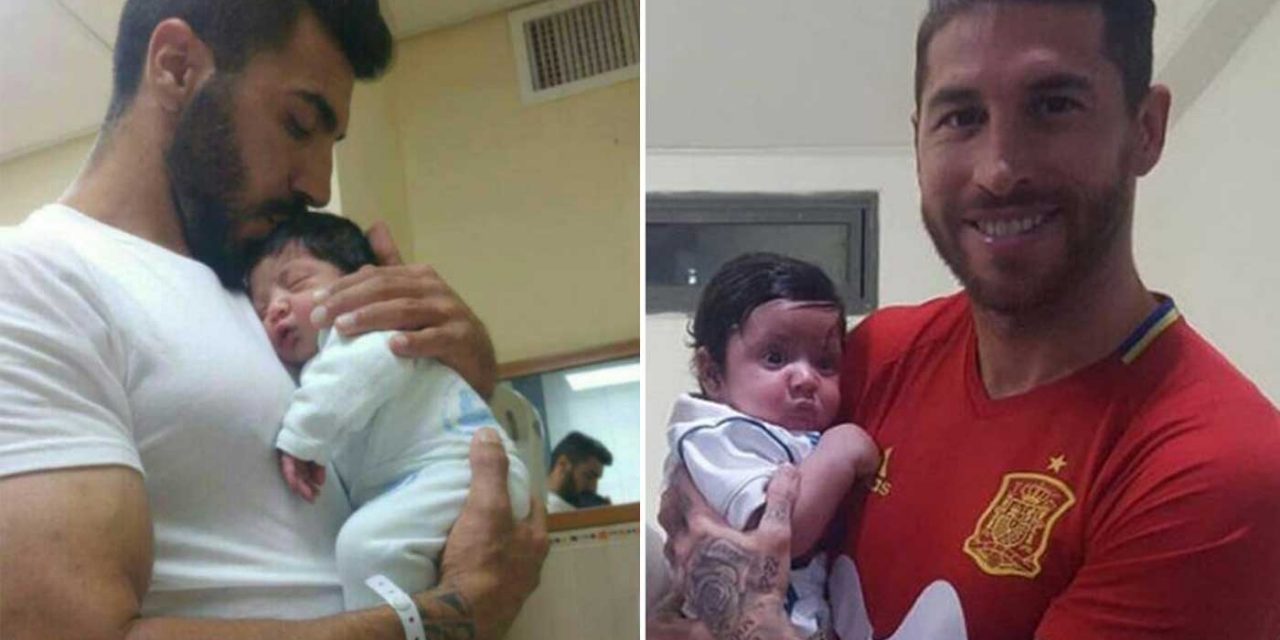 Spanish football star, Sergio Ramos, who is  the captain of Real Madrid and Spain’s national football team was in Israel this past week as Spain played Israel for their final game of qualifying for the 2018 World Cup.

The day after the game, which Spain won 1-0, Sergio Ramos visited the family of Sgt. Haiel Sitawe, an Israeli Druze policeman who was killed by Palestinian terrorists in July.

Sitawe was a big fan of Real Madrid and named his son ‘Ramos’ after the Real Madrid star. Baby Ramos was born just three weeks before his father was killed.

Sgt. Haiel Sitawe, was one of two Israelis who were killed in July when three Palestinian gunmen descended from the Temple Mount and shot the policemen dead, sparking the “Temple Mount Crisis”. Read more about the attack here.

¡Un lujazo conocer de cerca Jerusalén y su historia! It’s a privilege to get to know Jerusalem and its history up close!

Sergio Ramos is Catholic, but has a Star of David tattoo on his left arm.