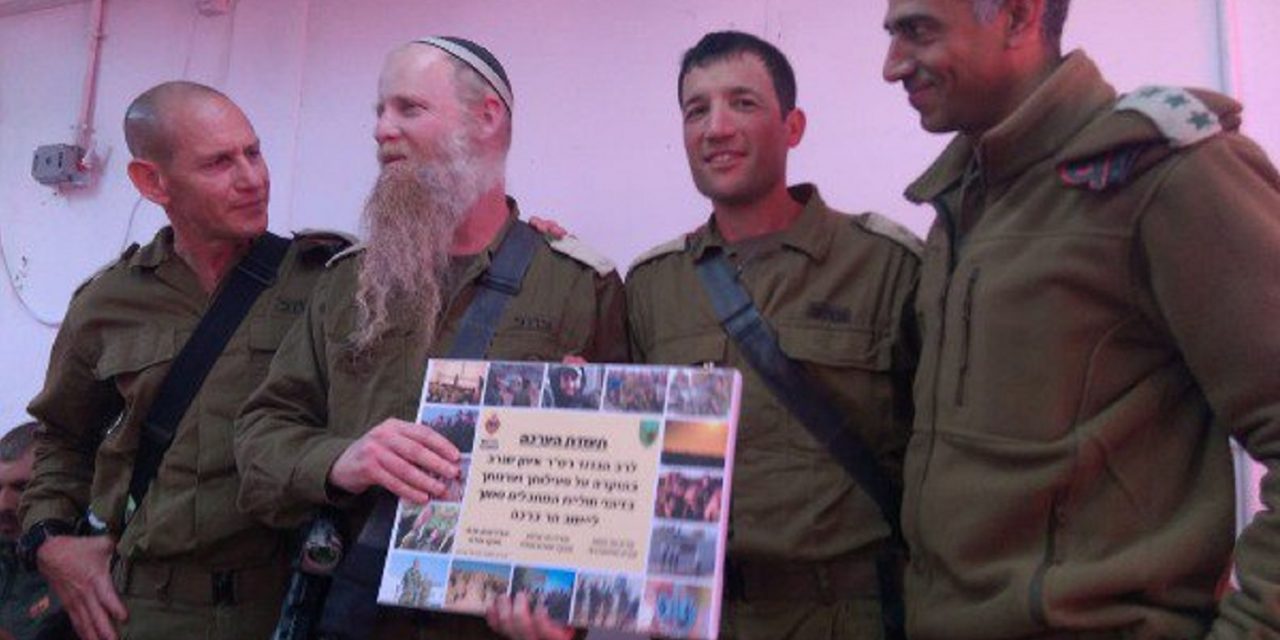 Rabbi Eitan Shenrav, a battalion commander in the reserves and an Israeli Defense Forces chaplain, was awarded a certificate of appreciation after foiling a terrorist attack this week, the news site Kipa reports.

Rabbi Shenrav was staying with his unit at an IDF outpost of the Samaria Regional Brigade, near the settlement of Har Bracha in Samaria. He went out to check the eruv around the compound.

An eruv is a boundary, usually marked by wire or ribbon, that denotes a public area where it is permitted to conduct certain activities on the Jewish Sabbath that are forbidden, such as carrying objects.

During his check, Rabbi Shenrav saw two suspicious figures hiding near the post. He immediately reported it, and a quick response squad into action, with the rabbi directing them to the precise spot the terrorists were hiding. After arresting the two men, soldiers discovered in their possession a knife and a pistol.

Battalion commander, Lt. Col. (res.) Shilo Adler, decided to award Rabbi Shenrav for his actions. The certificate of appreciation reads “in recognition of your activity and alertness in identifying the terrorists squad near the settlement of Har Bracha,” Kipa reports.

A group of rabbis in the IDF reserves congratulated the rabbi. “The dedication of the military rabbis in the field to the mitzvah [commandment] of Shabbat is one of the foundations of spirit and Judaism in the IDF and its operational strength,” they wrote, according to the report.