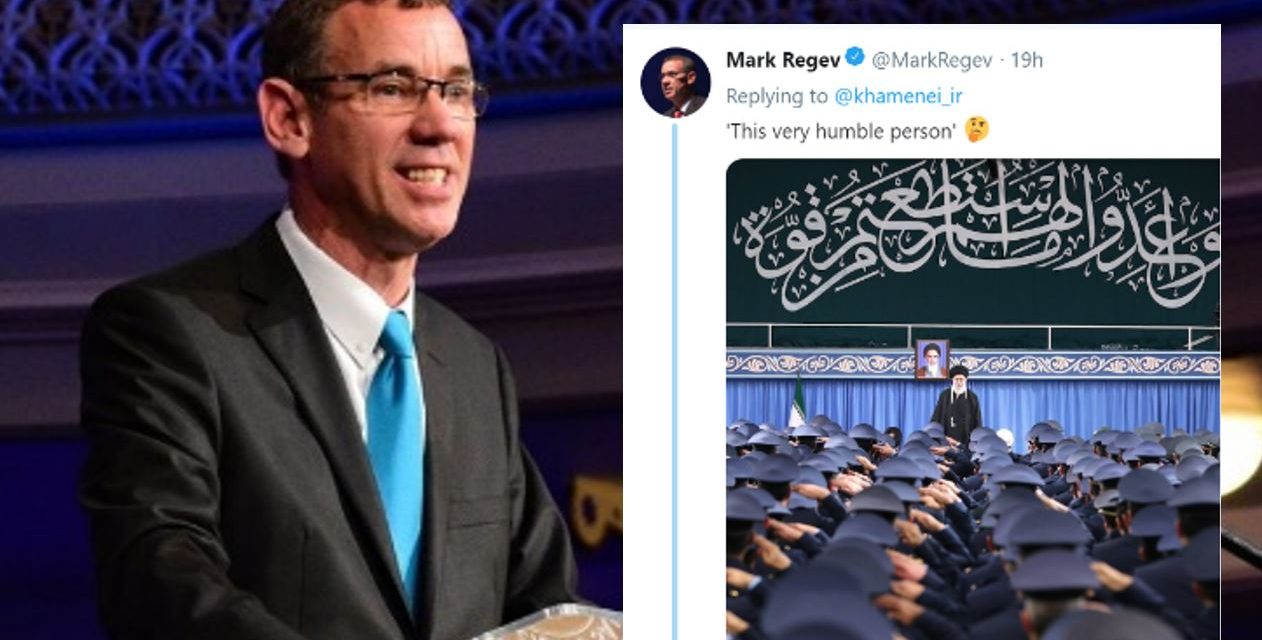 Ambassador Mark Regev, Israel’s envoy to the UK, has challenged a bizarre tweet by the Iranian Supreme Leader, Ali Khamenei.

Khamenei, who has been in power since 1989 was tweeting about the launch of “phase 2” of the Islamic Revolution, which had its 40th anniversary this week. However the dictator, who is incidentally the only person in Iran officially allowed to use Twitter, raised the eyebrows of many that saw the irony in his wording:

“In the beginning of the new chapter in the life of the Islamic Republic, I – this very humble person – would like to address my dear youth:…”

The Israeli Ambassador to Israel was quick to query Khamenei claim of “This very humble person” using a selection of pictures of the Iranian leader.

Meanwhile, Israeli journalist Arsen Ostrovsky tweeted Prime Minister Golda Meir: “Don’t be so humble, you are not that great.”

YOU are a very humble person @khamenei_ir?

Oh please. To quote Israel's former Prime Minister Golda Meir: "Don't be so humble, you are not that great."

The Iranian leader has stoked controversy in Twitter in the past, often using his privilege to attack Israel. In May 2018, Khamenei tweeted, “Israel is a malignant cancerous tumor in the West Asian region that has to be removed and eradicated: it is possible and it will happen.”

Twitter’s rules dictate: “You may not make specific threats of violence or wish for the serious physical harm, death, or disease of an individual or group of people.” And yet, when the tweet was reported to Twitter management, the reply was, “there was no violation of the Twitter Rules against abusive behavior.”

The narrative took a swift turn when the Israeli Embassy replied to the tweet in question with a GIF from the movie Mean Girls, in which one the characters exclaims, “Why are you so obsessed with me?”