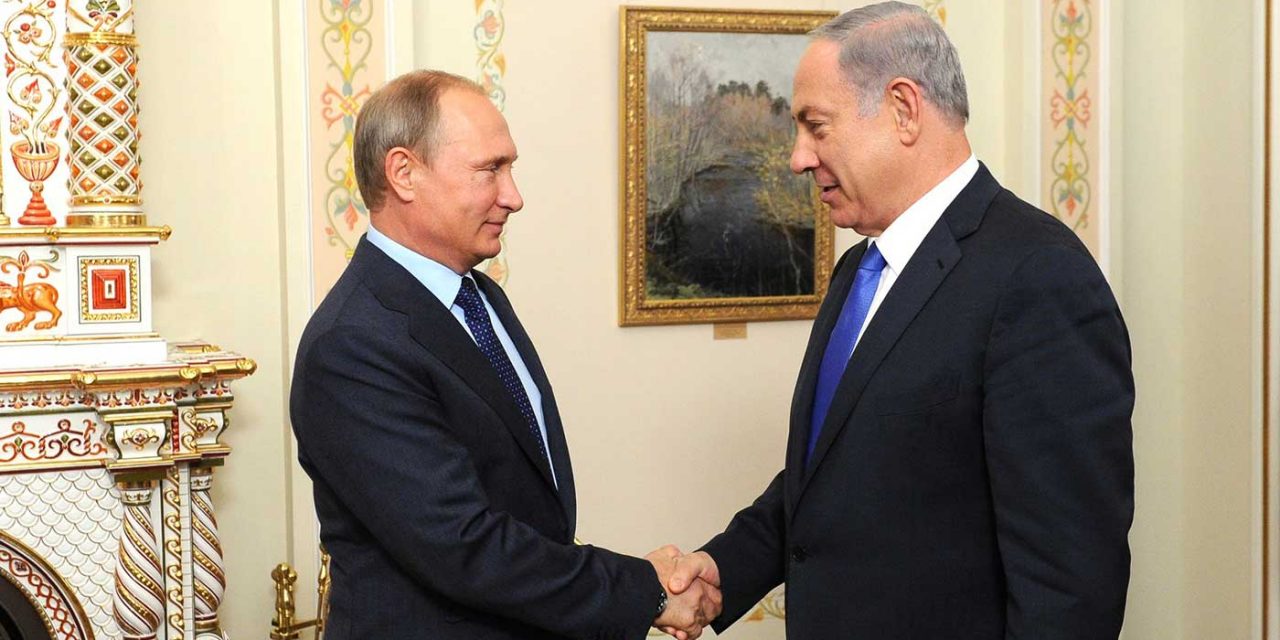 Prime Minister Benjamin Netanyahu on Tuesday afternoon spoke on the phone with Russian President Vladimir Putin and expressed regret for the death of the 15 crew members of the Russian plane which was shot down near Syria on Monday night.

Netanyahu told Putin Syria was responsible for shooting down the Russian aircraft.

The Prime Minister noted the importance of continued security coordination between Israel and Russia, which has succeeded in preventing many losses on both sides.

Netanyahu stressed to the Russian President that Israel is ready to provide Russia with all the details of the investigation of the incident. Netanyahu proposed to send the commander of the Israeli Air Force to Moscow with all the relevant information.

Earlier on Tuesday, Putin said that the loss of a reconnaissance plane shot down over Syria was the result of a “chain of tragic circumstances”.

“When people are dying – especially under such circumstances – it is always a tragedy,” Putin said during a Moscow press conference with Hungarian premier Viktor Orban.

When asked by a journalist during a question and answer session whether Russia viewed the downing of the Ilyushin IL-20 turboprop reconnaissance last night in the same light as the shooting down of a Russian jet fighter by Turkey in November 2015, Putin said the downing of the IL-20 appeared to be an accident.

“[It] looks like a chain of tragic circumstances, because the Israeli plane didn’t shoot down our jet.”

His comments came after Russia’s defense ministry slammed the Israeli Air Force, which it claimed shot down the aircraft.

The IDF had denied the claims by the Russian defense ministry that Israeli jet fighters had shot down the IL-20 during airstrikes in Syria.

According to the IDF, Syrian anti-air missiles fired after an Israeli airstrike in northern Syria struck the Russian plane, destroying it.

Russia earlier on Tuesday summoned the Israeli ambassador to Moscow following the downing of the Russian plane.

“The Israeli ambassador has been summoned to the foreign ministry over the situation,” a ministry representative told AFP.

Ambassador Gary Koren’s deputy Keren Cohen Gat, currently the charge d’affaires at the Israeli embassy, went to the foreign ministry on Tuesday for a meeting of about 30 minutes, the report said.

She refused to comment to media as she exited the building.