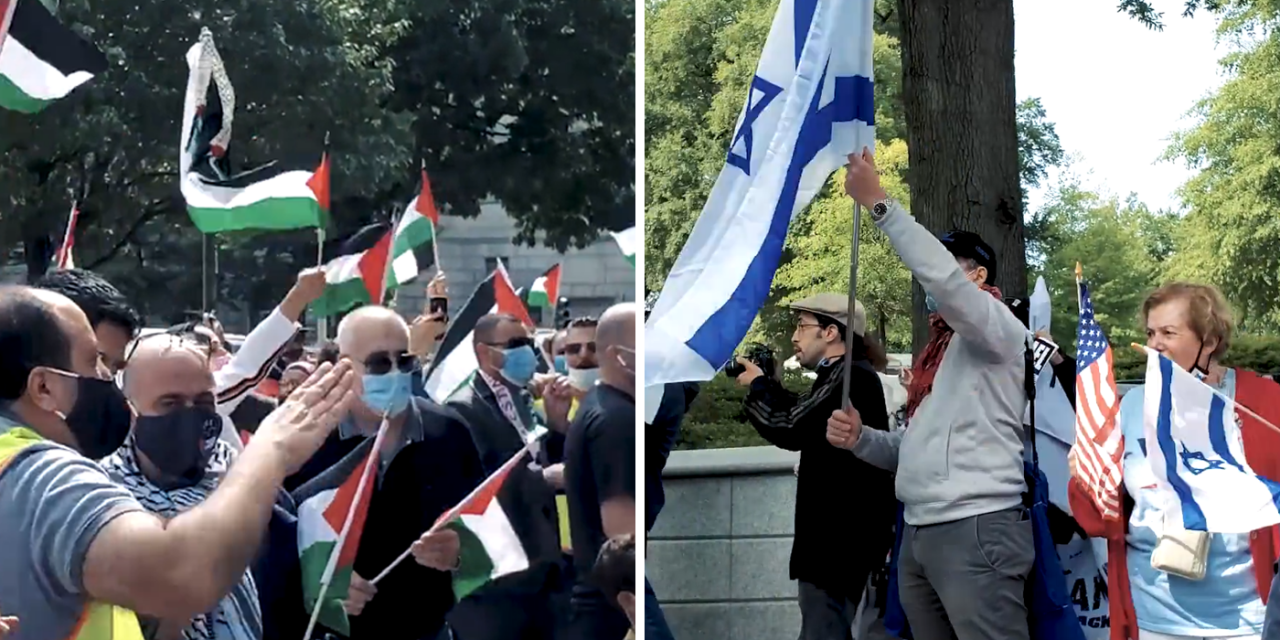 Breitbart News was on the scene and reported:

“Free free Palestine,” shouted the pro-Palestinian protesters parading down the street surrounded by Palestinian flags. “No justice, no peace.”

Amid the chants were several signs and posters, from both sides, which were shown off during the march.

“Benjamin Netanyahu and the State of Israel do not represent world Jewry,” stated one sign from the pro-Palestinian group. Another said, “No Trump, No KKK, No Fascist USA.”

As the pro-Palestinian group approached the pro-Israel group, which was nestled peacefully on a street corner, the two groups began shouting at one another and arguing. Police were filmed quickly stepping in to separate the two groups.

“Israel is on the map to stay,” read another sign held by a member of the pro-Israel group.

At the event held at the White House, Trump declared “the dawn of a new Middle East” with the signing of the peace deal between Israel, Bahrain, and the United Arab Emirates.

“We’re here this afternoon to change the course of history,” he said. “After decades of division and conflict, we mark the dawn of a new Middle East.”