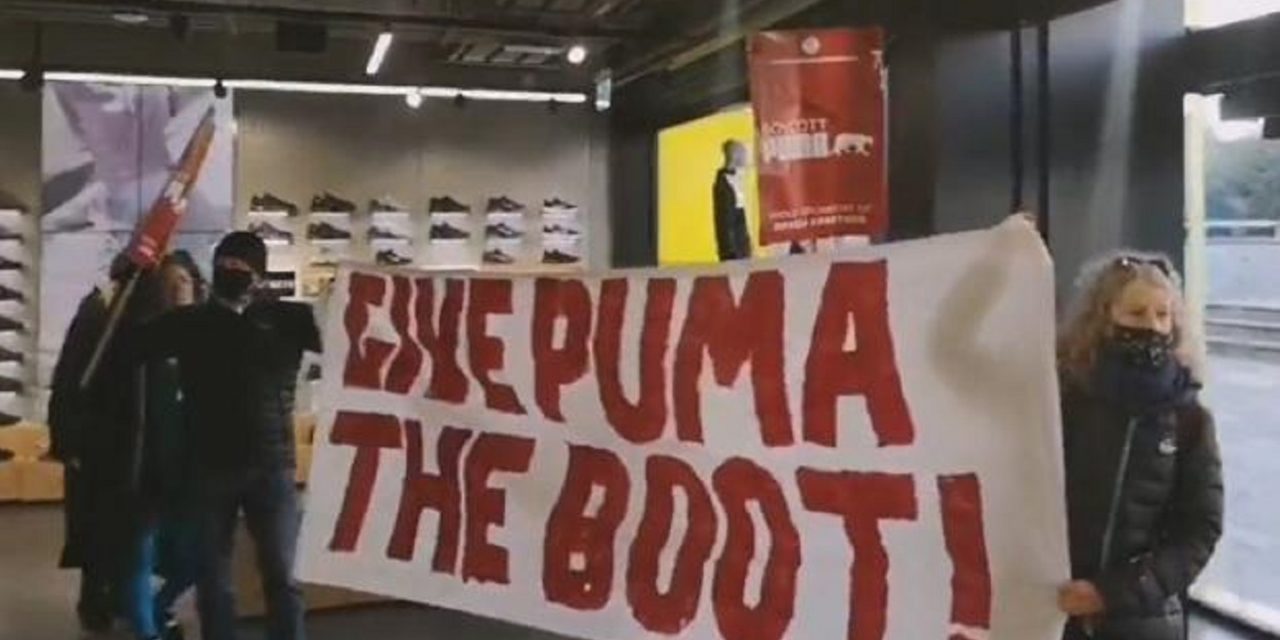 Protesters stormed a JD Sports store in Brighton calling for the boycott of Puma, due to the brand supplying the Israeli national football team.

Meanwhile in Manchester, the Puma offices were occupied by pro-Palestinian protesters as part of a worldwide campaign day to targeting stores that sell Puma goods.

Sussex Friends of Israel, based in Brighton, slated local newspaper over its coverage of the protest, saying, “These ‘activists’ have created an atmosphere for #Brighton/#Hoves small Jewish community that is highly disturbing. We are already concerned to enter the Clock Tower on a Saturday. Giving these antisemites such prominence without hearing from those directly affected is wrong. Sorry.”

Pro-Palestine activists occupy Puma Manchester offices, as a part of the international #BoycottPuma Day Of Action across the UK for its sponsorship of the Israeli Football Association. pic.twitter.com/rgsWdjT1Mw