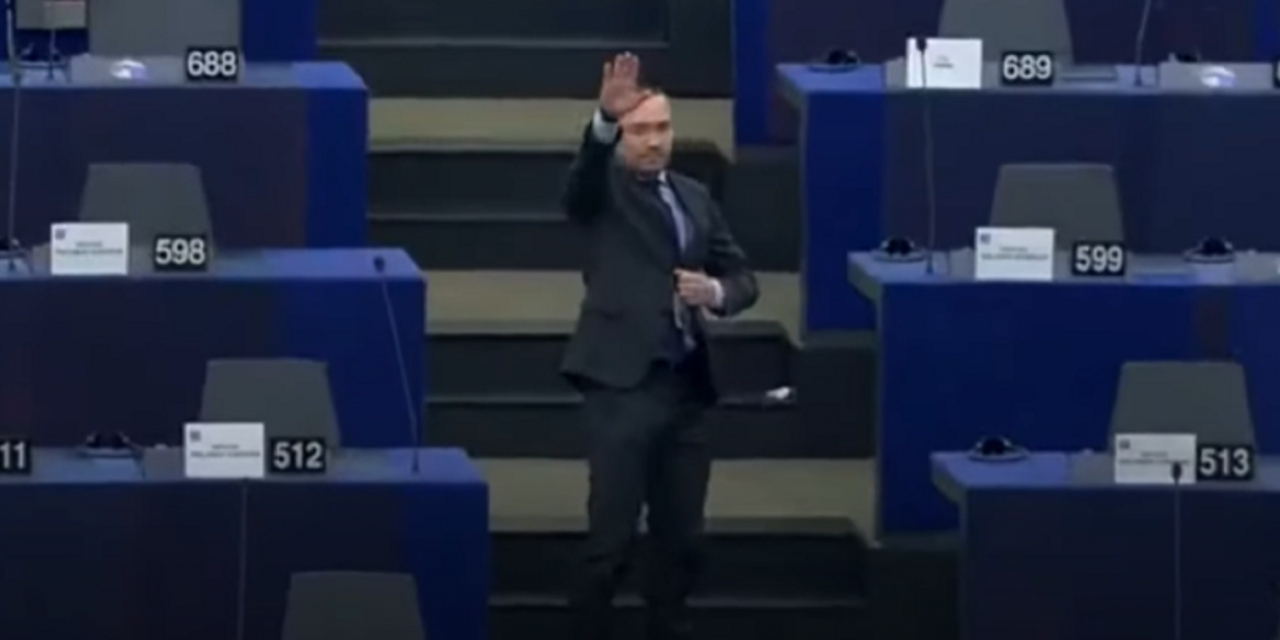 A Bulgarian nationalist legislator gave a Nazi salute in the chamber of the European Parliament in Strasbourg on Wednesday, sparking outrage after he spoke during a debate on the rule of law in Poland and Hungary.

Going up the steps that lead to the exit of the hemicycle, Angel Dzhambazki of the euroskeptic ECR group can be seen on a video of the debate turning around and extending his right arm in front of him for a few seconds before leaving.

“We will never allow you to tell us what to say and do. Long live Bulgaria, Hungary, Orban, Fidesz and the Europe of nation states,” the representative of the Bulgarian nationalist party VMRO had earlier told the parliament.

He also described on Twitter as an “abomination” a Wednesday decision by the EU’s top court — the European Court of Justice — to validate a mechanism, contested by Poland and Hungary, allowing the blocking of funds to countries where there are violations of the rule of law.

The vice president of the European Parliament, Italy’s Pina Picierno, who led the debate, said the institution would “check with the cameras what happened in this hemicycle, to see if there was a fascist salute or not.”