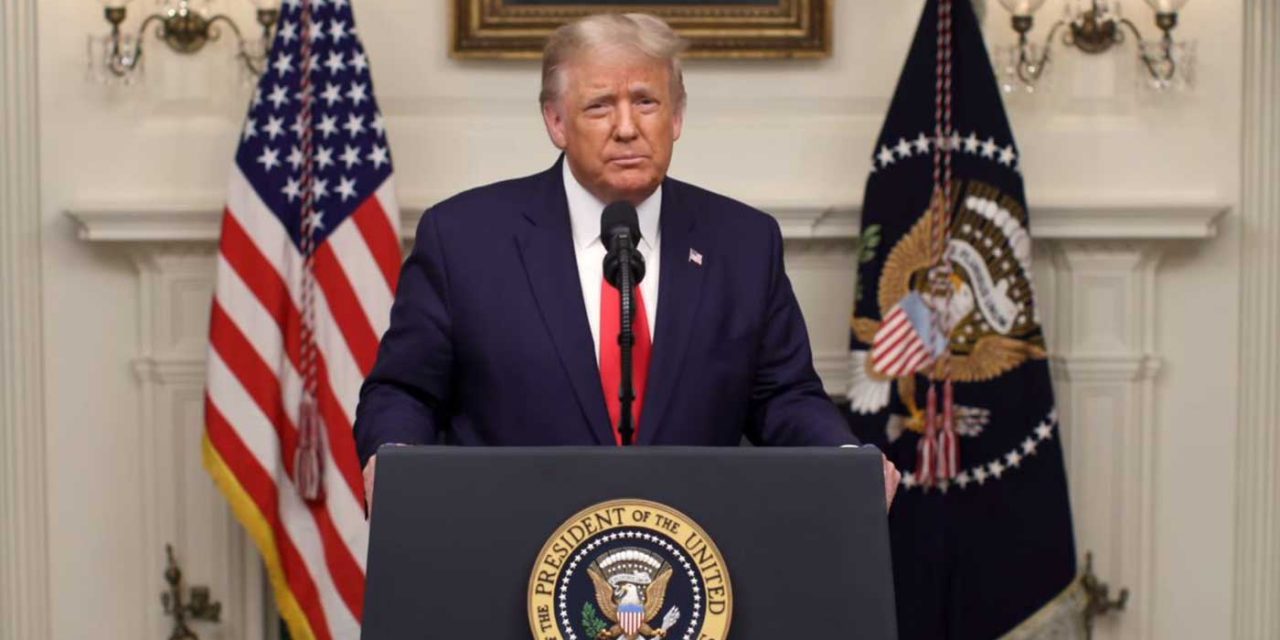 President Donald Trump used his speech at the United Nations General Assembly to speak of his successes in bringing about peace deals in the Middle East as well as stating that more peace agreements are on the horizon.

Highlighting the Israel-UAE and Israel-Bahrain agreements signed last week at the White House, Trump called them “landmark breakthrough with two peace deals in the Middle East after decades of no progress.”

“They are coming fast, and they know it’s great for them and great for the world,” he said in a recorded message played to the annual meeting of the UN.

“We intend to deliver more peace agreements shortly, and I have never been more optimistic for the future of the region. There is no blood in the sand. Those days are hopefully over,” said Trump.

“These groundbreaking peace deals are the dawn of a new Middle East,” he continued. “By taking a different approach, we have achieved different outcomes — far superior outcomes.”

Trump then pivoted to Iran and the Islamic State.

“We withdrew from the terrible Iran nuclear deal and imposed crippling sanctions on the world’s leading state sponsor of terror,” he says, underlining the US killing of Iranian general Qassem Soleimani.

Trump spoke on other issues such as his successes with the US economy as well as taking aim at China on a number of occasions including accusing China of allowing the “China virus”, as he called it, to spread around the world.

Watch his full speech below.