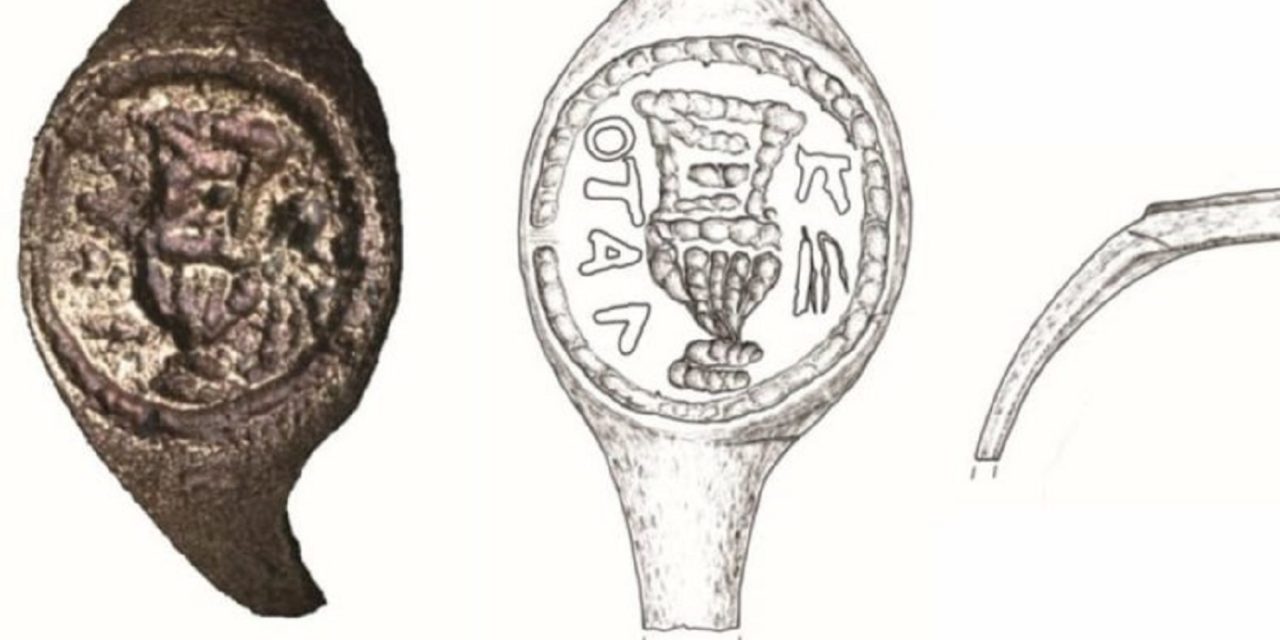 A bronze ring found 50 years ago at the Herodion excavation near Bethlehem has been discovered to bear the name of Pontius Pilate, Roman governor of Jerusalem and the man who ordered the crucifixion of Jesus.

The Israeli daily Ha’aretz reports that the name was discovered on the ring with the use of a special camera at the Israel Antiquities Authority labs. The letters on the ring spelled out in Greek writing “Pilatus.” The words surrounded a picture of a wine vessel.

Hebrew University Professor Danny Schwartz told Ha’aretz that Pilatus was a rare name in Israel. “I don’t know of any other Pilatus from the period and the ring shows he was a person of stature and wealth,” Schwartz said, according to the article.

The ring is a sealing ring, common in ancient times, and used to seal letters and stamp official documents using molten wax. “Researchers believe it was used by the governor in day to day work, or belonged to one of his officials or someone in his court, who would use it to sign in his name,” Ha’aretz reports.

Adding weight to the possibility that this ring belonged to the Pontius Pilate of the New Testament is the fact that this type of ring was a “hallmark” of the cavalry in the Roman era, to which Pilate belonged, Ha’aretz reports.

Pilate was the fifth prefect of the province of Judea, serving under Emperor Tiberius from 26 A.D. to 36 A.D. though there is some dispute about the exact dates.

The ring was originally found by Hebrew University Professor Gideon Forster shortly after the Six-Day War in 1968-69, Ha’aretz reports.