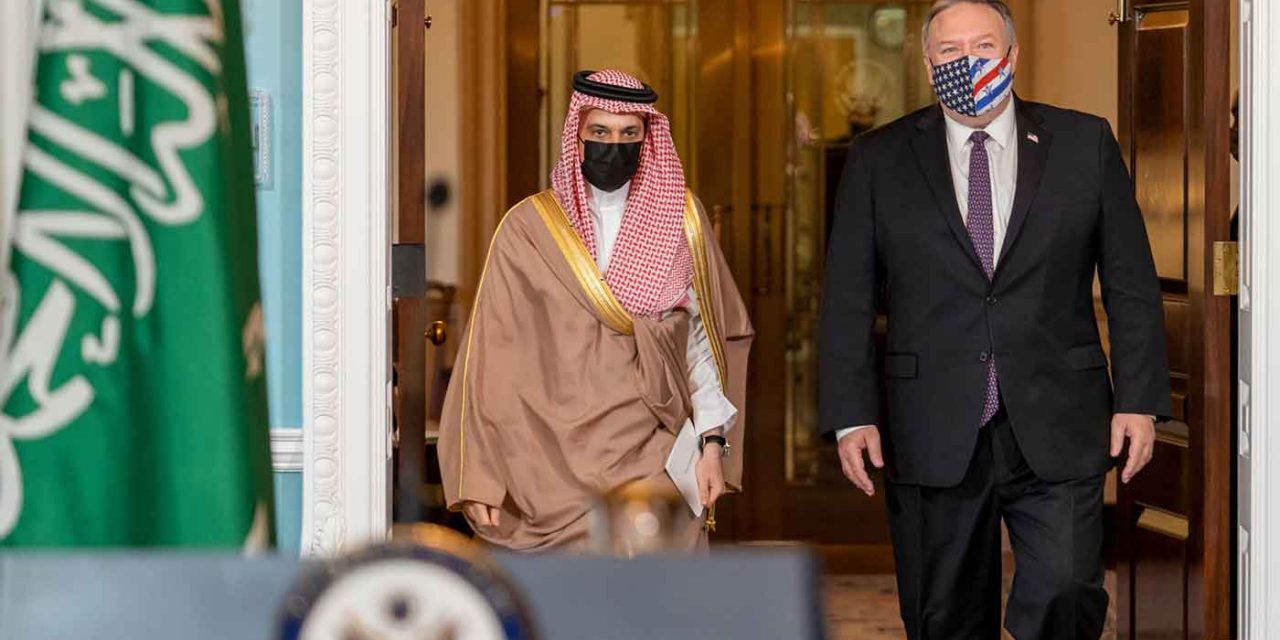 US Secretary of State Mike Pompeo on Wednesday urged Saudi Arabia to consider normalizing relations with Israel as he met with the Gulf country’s foreign minister, also saying that Washington supports a “robust program of arms sales” to it.

Pompeo said he raised the Abraham Accords, a US-brokered agreement to normalise diplomatic ties with Israel, with Saudi Foreign Minister Prince Faisal bin Farhan Al Saud at a meeting at the US State Department.

“We hope Saudi Arabia will consider normalizing its relationships as well, and we want to thank them for the assistance they’ve had in the success of the Abraham Accords so far,” Pompeo said, adding that he hopes the nation will encourage Palestinian leaders or the Palestinian Authority to return to negotiations with Israel.

The United Arab Emirates and Bahrain last month signed agreements toward normalizing relations with Israel in a strategic realignment of Middle Eastern countries against Iran.

“They reflect a changing dynamic in the region, in which countries rightly recognize the need for regional cooperation to counter Iranian influence and generate prosperity,” Pompeo said.