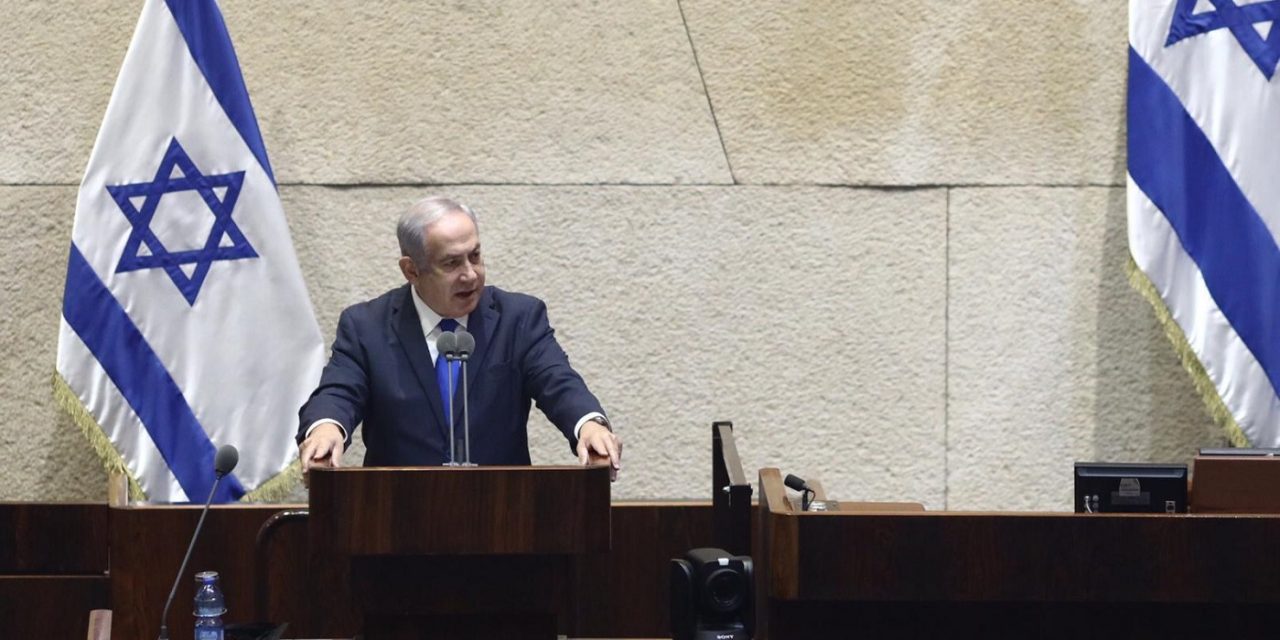 ‘Since beginning of Zionism, one hand is holding the weapon, the other is extended to those who seek peace’

After being seen as an enemy for decades by its regional neighbors, Israel is now seen as a strong ally, Israel’s Prime Minister Benjamin Netanyahu said in an address to lawmakers in the Knesset (Israel Parliament) to ratify the Israel-UAE peace treaty.

Netanyahu maintained that Israel’s economic prosperity and military and intelligence strength have allowed it to stand its ground and will eventually pave the way to a peace based on Israeli might, not concessions.

‘Since the beginning of Zionism, one hand was holding the weapon, the other was extended to those who seek peace,’ Netanyahu added.

“You make peace with those who want peace, not with those who are still committed to exterminating you,” the PM asserted, pointing at Lebanon’s Hezbollah and its persistent sway in the Lebanese corridors of power.

Netanyahu explained that his speech at the US Congress in 2015, which saw him speak out against the Iran nuclear deal, prompted many leaders in the region to approach him to voice their appreciation.