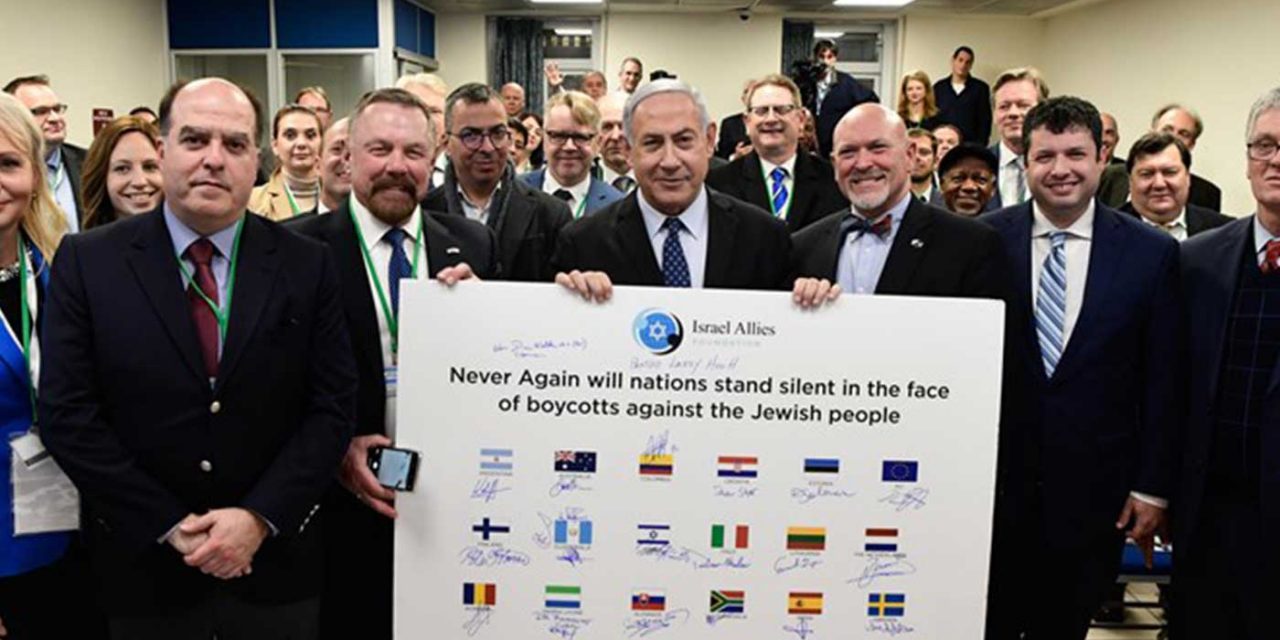 On July 1st, the date when according to the Israeli coalition agreement, Prime Minister Benjamin Netanyahu can bring the issue of sovereignty to a Knesset vote, members of parliament from 20 countries signed a statement in support for Israel’s application of sovereignty in Judea and Samaria. These parliamentarians are chairmen or leaders of the Israel Allies Caucuses in their respective parliaments.

The full letter reads: “We, the chairman of the Israel Allies Caucuses fully support our ally, the State of Israel in her rights to apply sovereignty to the Jewish communities of Judea and Samaria.”

“We affirm that the Jewish communities of Judea and Samaria have been a key part of the biblical and ancestral homeland of the Jewish nation for centuries.

“We maintain that Israel applying Israeli civil law to already existing Jewish communities in Judea and Samaria is appropriate and recognizes the democratic wishes of those communities.

“We know that Israel ensures free access for all religions to the important biblical sites in Judea and Samaria, including the Tomb of the Patriarchs and Matriarchs in Hebron, the site of Jacob’s dream in Beit El, and the tabernacle’s resting place in Shiloh, among many other religious sites.

“We believe that the application of sovereignty to these communities in Israel will not affect the Palestinian people negatively but rather bring the possibility for peace and prosperity closer to the region. Applying Israeli law to already existing Jewish communities in Israel can be part of a realistic regional peace plan which recognizes current realities”.

Israel Allies Chairmen from the European caucuses in the EU, Slovakia, Romania, Italy, Netherlands, Wales and Finland were among the signatories…