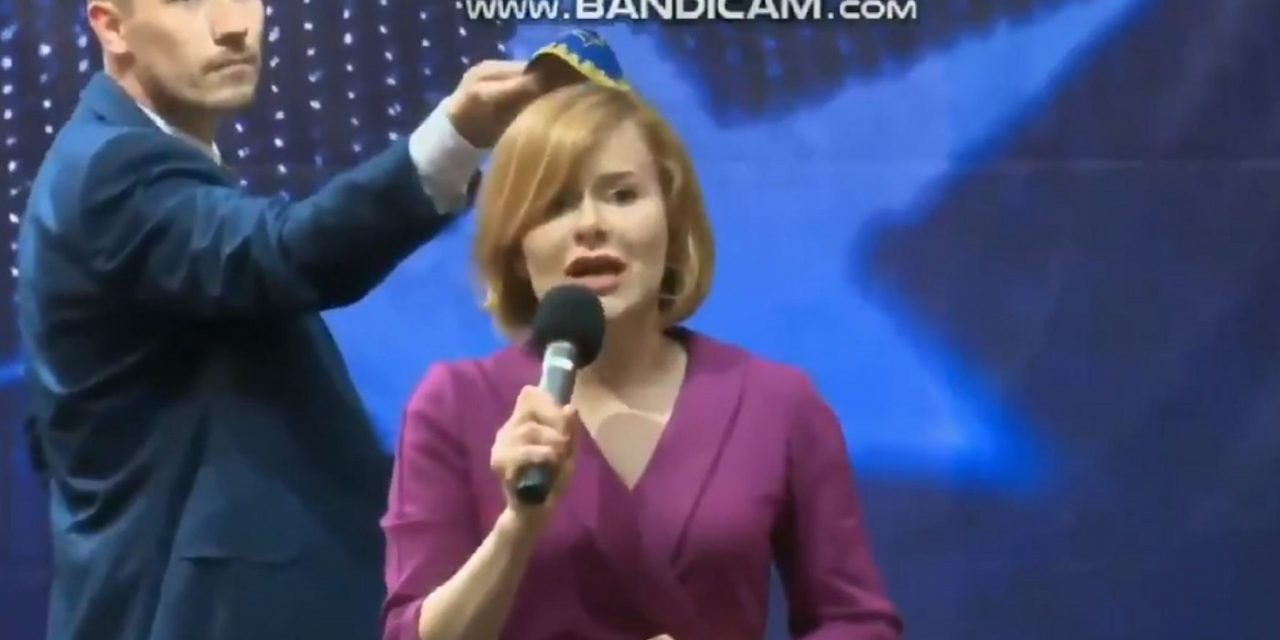 On Saturday, a political forum in Kielce, Poland served as the stage for an ugly display of anti-Semitism that included one candidate putting a traditional Jewish head-covering (kippah) on his rival’s head as part of a theatrical accusation regarding money, Jews, and the State of Israel.

The incident occurred at a debate between candidates running for seats in the European Parliament.

Lewicki then barked, “[The Law and Justice party] kneel[s] before the Jews, they sold the country for $300 billion,” according to Polish press.

After Krupka, tossed the kippah away, another member of Lewicki’s party, Konrad Berkowicz, later picked up the kippah and held it above Krupka’s head.

A clip of the end of the incident was posted to Twitter.

Following the incident, Berkowicz posted a screed on Facebook defending his actions, claiming that he intended the kippah stunt as commentary on Krupka’s party acting “more in the interest of Israel and Jewish organizations than in the Polish interest.”

Berkowicz also claimed that accusations of anti-Semitism following the incident proved the axiom, “Jews can only be spoken of positively, or not at all.”