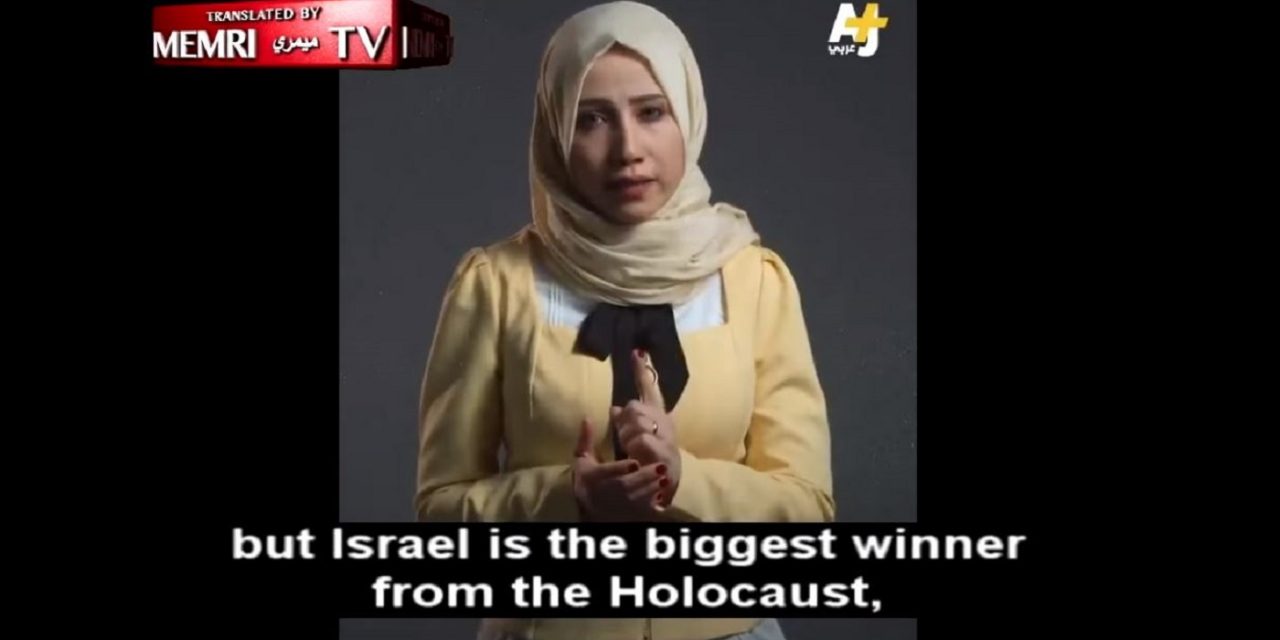 Al Jazeera’s popular social media channel, AJ+, has shown its true colours by producing a horrendous video accusing Jews of exploiting the Holocaust, with Israel being the “greatest beneficiary”.

The video, approximately 8 minutes long, was posted with the caption, “The gas chambers killed millions of Jews… So the story says. How true is the #Holocaust and how did the Zionists benefit from it?”

It said that while Jews indeed suffered in the Holocaust, they exploited that suffering for their own interests, exaggerating it to the detriment of other victims.

It also accused the Zionist movement of the “purposeful inflation of the numbers of victims and the totals of dead in the Holocaust” to benefit the State of Israel.

Borrowing heavily from anti-Semitic tropes, the video explains that the reasons Jews were so “successful” at exploiting their suffering is that “the Jews of Europe in the ’30s were wealthy and controlled centers of research and media companies – which gave them the possibility after the war to exaggerate their suffering.”

Holocaust Denial on Al-Jazeera Network: 'Israel Is Biggest Winner from Holocaust; It Uses the Same Justification to Annihilate the Palestinians'Al Jazeera is disgusting!

Following complaints from Israel’s Foreign Ministry, Al Jazeera pulled the video on Friday night, but not before it gained 1.1 million likes on Facebook and Twitter. Two journalists have been suspended.

The video has rightly received a backlash online.

Israeli journalist, Julie Lenarz, tweeted, “This is the true face of Qatar’s Al Jazeera. Unabashed Holocaust revisionism and anti-Semitism on its Arabic channel.

Terrorism expert Liam Duffy, tweeted, “Al-Jazeera Arabic has been caught & called out for something it’s been doing for years.

“The English AJ+ is very different but it deliberately pushes grievance & victimhood politics onto Western audiences which undermine our democracy & social cohesion.”