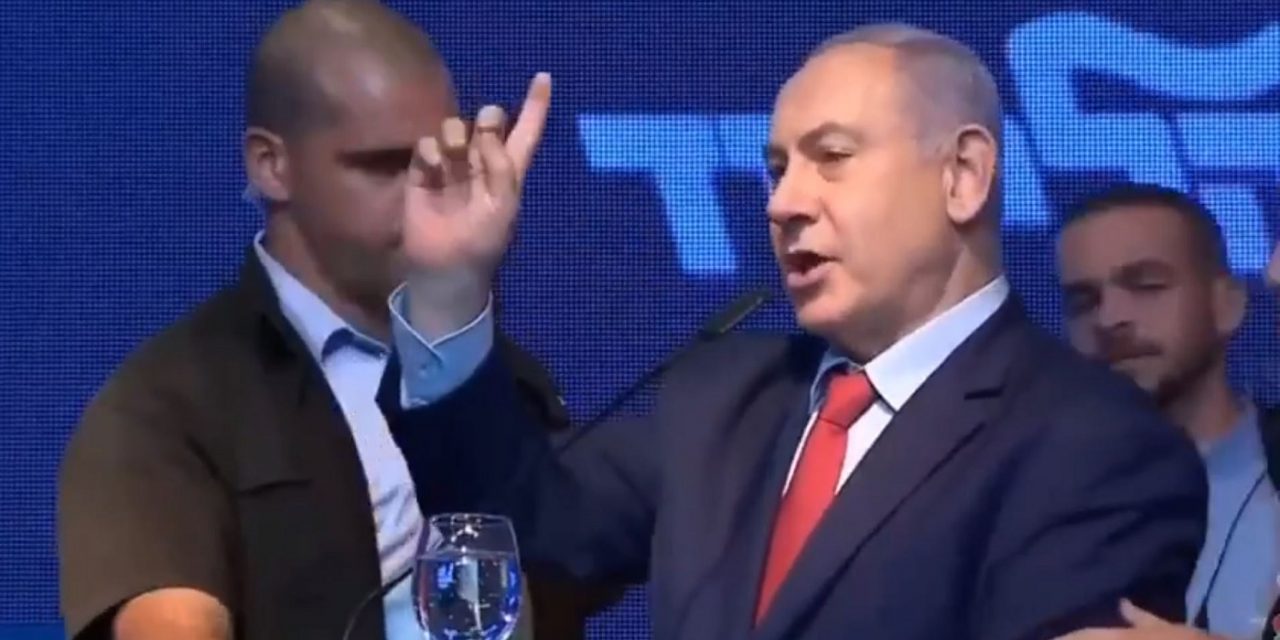 Israeli Prime Minister Benjamin Netanyahu on Tuesday was rushed off the stage during an election campaign rally after sirens began blaring indicating that a rocket had just been launched in the region.

In a video posted to Twitter by Kahn News reporter Amichai Stein, Netanyahu is seen being whisked away by his security detail during a campaign speech in the coastal city of Ashdod, which is located about 30 kilometers (18 miles) from the northern border of the Gaza Strip.

In another clip posted by Stein, security guards direct Netanyahu out of the room as crowds chant “Bibi! Bibi,” an affectionate nickname often used by his supporters.

Rocket sirens are common in communities which border the Gaza Strip, and many public event spaces and private homes in Israel have shelters used during apparent rocket scares.

Netanyahu was unharmed. Shortly after the incident, he tweeted photos from the rally, along with the caption: “Residents of Ashdod, I love you!”

Hours later, the IDF said it responded to the missile launch with airstrikes on 15 targets in the Gaza Strip including what it claimed was a weapons manufacturing site and a Hamas “terror tunnel.”

Haaretz reported that Israel also carried out several airstrikes near the city of Deir al Balah in central Gaza, in addition to striking along the northern border.