Pennsylvanian suburb shocked by message to ‘Kill the Jews’ 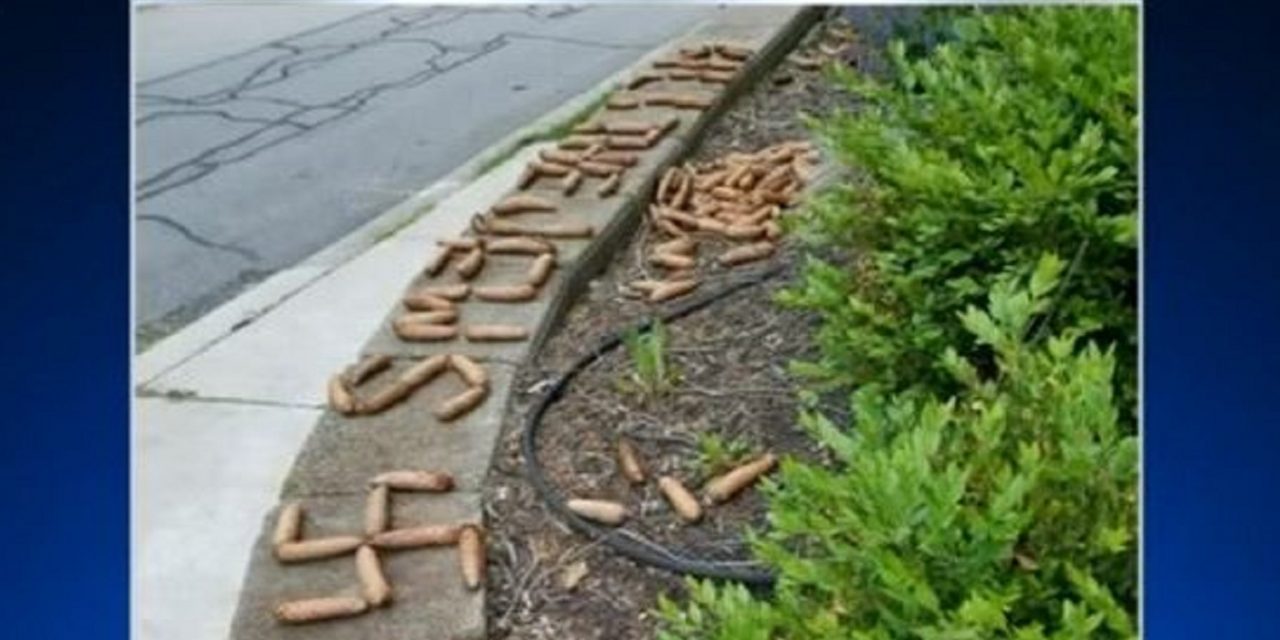 “Kill the Jews” and a swastika was the message spelled out in pine cones in the Pennsylvania suburb of Mt. Lebanon, shocking residents with its murderous threat.

The message was found in the early morning by a resident, who changed the message to: Love.

This is the not the first time that messages against Jews were found in Mt. Lebanon. This past December, swastikas were scrawled in the girls bathroom at the local high school, and another swastika was drawn on a playground in October.

Local police officials say they doubt the hate crimes are linked. “There’s nothing to indicate that the incidents are related,” Lt. Duane Fischer told the Pittsburgh Post-Gazette. “It’s a different part of town. But I wouldn’t be surprised if it was someone in the same age group that isn’t aware of the weight of their words and what they’re writing and the potential impact it has on people.”