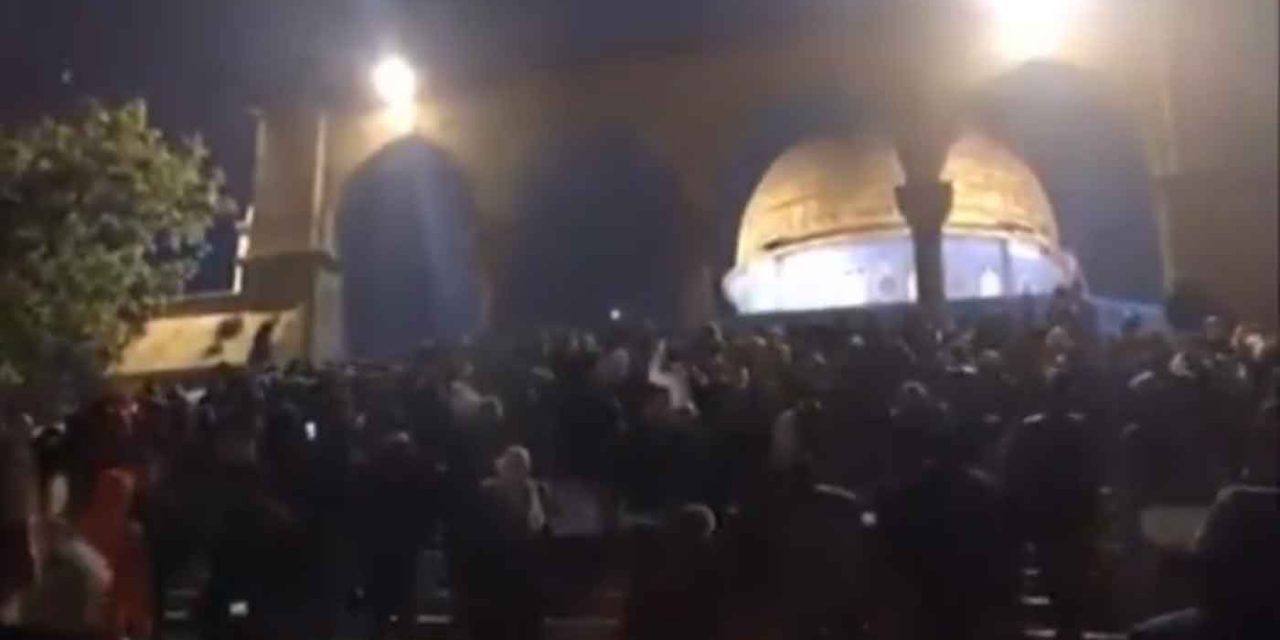 A riot broke out on the Temple Mount in Jerusalem Friday, after several hundred Muslim worshippers coming out of the morning prayer service at the Al-Aqsa Mosque began to chant anti-Israel slogans.

According to the Jerusalem Police, security forces used crowd control measures to disperse the riot.

“The police will not allow disturbances to take place or nationalistic calls on the Temple Mount,” the Israel Police said in a statement.

Jerusalem’s Arabs are supportive of Hamas. At dawn they chanted:

“Khaibar Khaibar, you Jews, the army of Aqsa is beginning to return”

Khaibar’s the name of a Jewish tribe slaughtered by Muslims; men were decapitated & Jewish women taken as sex-slaves.pic.twitter.com/7xSbswYZl0

On Thursday, Hamas, the terrorist group that controls the Gaza Strip, called for Palestinians to protest against Israeli “violations” in Muslim religious sites in Jerusalem and the West Bank.

A Hamas official accused Israel of escalating tensions at al-Aqsa – a highly volatile compound – saying that Israel again tried to close the Gate of Mercy at the Temple Mount complex – known to Muslims as Haram esh-Sharif.

Earlier this month, Fatah activists in Jerusalem draped a large Palestine Liberation Organization flag over a portion of the walls surrounding Jerusalem’s Old City, prompting an outcry over the Palestinians’ attempt to undermine Israel’s sovereignty in the capital.

Maor Tzemach, who heads the Lach Yerushalayim organization that promotes Israeli sovereignty over all parts of Jerusalem, told Israel Hayom that “Fatah members want to undermine Israel’s sovereignty in the capital because of the 55th anniversary of this terrorist organization, but we are certain that the Israeli authorities will crack down on anyone who wants to divide the city and erode Israel’s sovereignty.”

The #TempleMount, located in #Jerusalem's Old City, has long been a flash-point for violence with both #Jews and #Muslims claiming their rights to pray at the holy site — Click here for more on the story: https://t.co/3C64y3dngr pic.twitter.com/pN0QjT9IVr