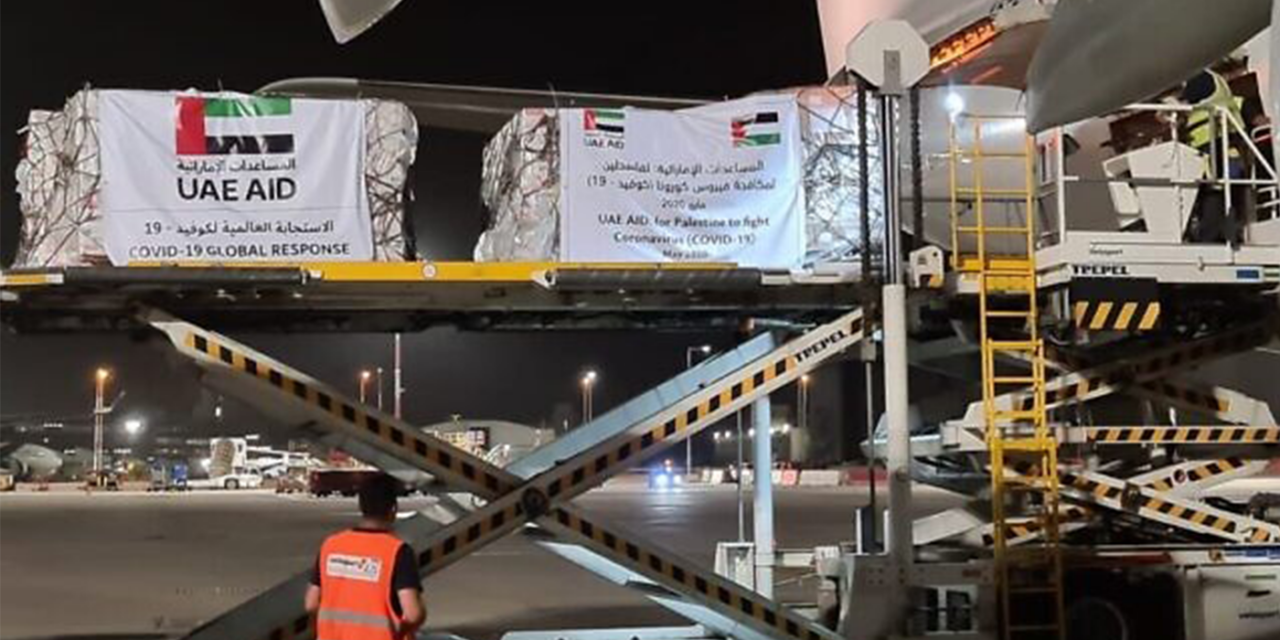 The Palestinian Authority refused to accept a shipment of life-saving medical aid, including ventilators, last week and the shipment is still undelivered. PA officials slammed the United Arab Emirates for “normalising ties” with Israel and said they would “never” accept the aid despite Palestinian hospitals needing the equipment. It is the latest example of the Palestinian leadership’s hatred of Israel being stronger than their desire to ensure the health and wellbeing of their own people.

Fourteen tons of medical supplies earmarked for the Palestinians to help cope with the coronavirus pandemic were still sitting at Ben Gurion Airport a week after they arrived from the UAE, with UN officials working to find a way to distribute the aid after the Palestinian Authority announced it would not accept it.

Palestinian media, as well as Russia Today Arabic, quoted a PA source last Thursday saying the aid had been rejected because they did not want to be a “tool for normalization” between Israel and the UAE. The two countries do not have diplomatic relations.

Explaining Ramallah’s decision to reject the medical supplies, PA Health Ministry medical services director Osama al-Najjar said, “The Emirates did not coordinate with us in the slightest, they worked with Israel alone.”

“We cannot accept shipments that are a gateway to normalization between Arab countries and Israel. This is a political matter which Israel has sought for quite some time, turning the Arab Peace Initiative upside-down.”

Al-Najjar clarified that the PA’s issue had not been that the aid had been sent through Israel, but rather the manner in which it had been done.

“We don’t have any problem with medical supplies arriving in Ben Gurion Airport. We received supplies from China through Ben Gurion with close coordination between us and the PA,” he said referring to aid that Beijing had sent Ramallah last month.

Asked what he thought would happen to the medical supplies, al-Najjar responded, “I do not know where they will go, but we won’t accept them. They’re free to do with them what they please, but we will neither accept them nor welcome them.”

However, al-Najjar did acknowledge that the PA is in need of ventilators.

Despite the public refusals from the PA, the United Nations said there would still be efforts to transfer some of the aid to the West Bank and the Gaza Strip, with Gaza having a much greater need for the equipment.

UN Middle East Envoy Nikolay Mladenov said in a statement that the shipment was part of plans to support “the efforts led by the Government of Palestine to contain the pandemic and mitigate its impact.”

The UN official praised Israel’s role in bringing the aid in, saying, “Israel has been really helpful throughout. This was obviously a lot more complicated [because of the nature in which the aid was transferred], but there was no frustration from our side” regarding Israel’s role, he said.

As for the PA’s rejection of the aid, the UN official said there had been a “misunderstanding” between Abu Dhabi and Ramallah, “but from our side, we’re just waiting for how to dispatch the aid.” He added that the UN was waiting for the shipment to arrive in Ashdod before it begins reaching out to the PA.

On Sunday, Mladenov published an additional statement on Twitter thanking the UAE and other donor countries for their efforts adding that his office would “make sure that everything reaches the most vulnerable.”

It is thought that if the Palestinian Authority rejects the shipment outright then all of the aid will go to Gaza. However, the current plan is to send 45% of the aid to the West Bank and 65% of it to Gaza.