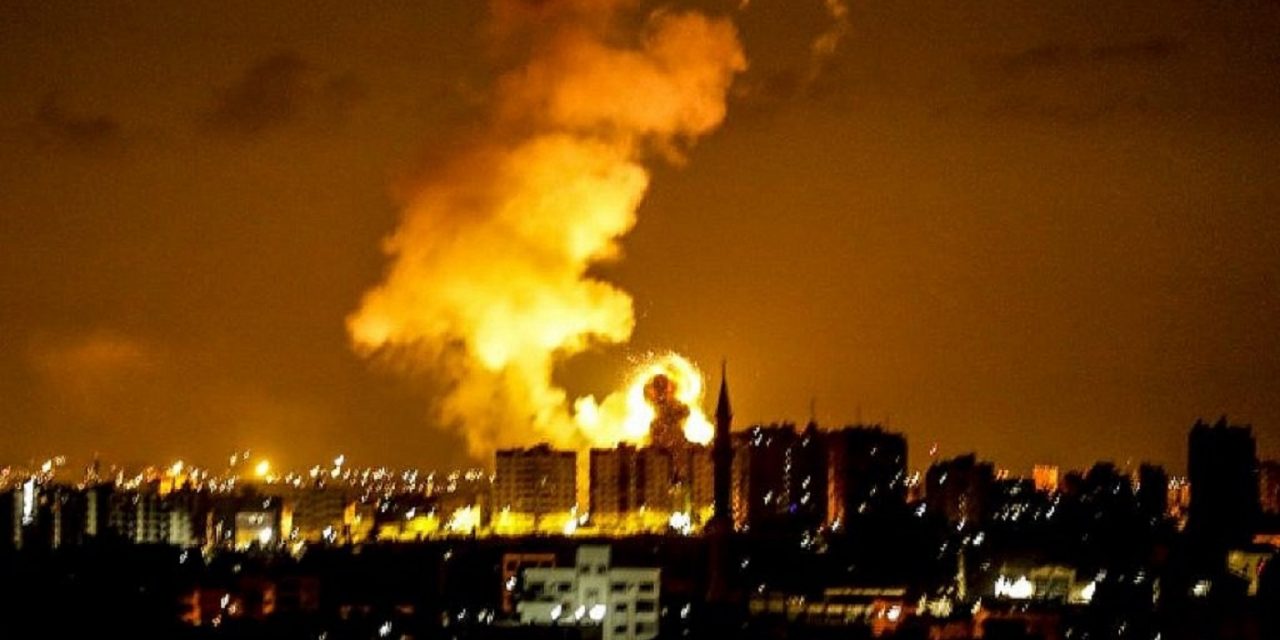 Palestinians fired three rockets at southern Israel from the Gaza Strip early Monday morning, after Israeli aircraft hit a number of targets in the coastal enclave in response to numerous arson attacks by Palestinians the day before, the military said.

The army said two of the rockets fell inside Israel, while the third appeared to fall short of the border.

There were no immediate reports of injuries on either side of the border.

In addition, this is an illustrative map depicting the military targets that were struck within the Gaza Strip pic.twitter.com/UkXmdy9GVz

The rockets were the first to be fired at Israel in over two weeks, breaking a tacit ceasefire that has largely held since a day-long flareup in late May.

Before the rocket attack, Israeli fighter jets carried out strikes on three military compounds and one weapons manufacturing plant in northern Gaza, belonging to the Hamas terror group, which rules the Strip, the Israel Defense Forces said.

The army said it hit a total of nine targets spread out between the three Hamas facilities, in response to flammable and explosive-laden kites and balloons launched from Gaza that have wreaked havoc in Israel over the past several weeks.

The military later released video footage of the strikes (above). The IDF said one of the military compounds and the weapons manufacturing facility were located near the Shati refugee camp in northern Gaza, while the other military base was located outside the nearby town of Jabaliya.

“The attack was carried out in response to the launching of incendiary and explosive kites and balloons at Israeli territory. This is terrorist activity that endangers the lives of southern residents and has damaged large amounts of land,” the military said.

The army warned that it had the “intelligence knowledge and operational capability” necessary to conduct further strikes in Gaza if the balloon and kite attacks did not stop.

The airstrikes on Hamas facilities appeared to be a new tactic by the military to deter Palestinians from flying the airborne arson devices into Israel, after its previous attempts to do so by firing warning shots at kite-flyers failed to yield results.

The Palestinian rocket fire appeared to come in response to the airstrikes.

The projectiles shot at Israel triggered sirens in the Hof Ashkelon region and the city of Ashkelon’s industrial area, sending thousands of Israelis into bomb shelters. The alarms were triggered in two waves, first at 4:40 a.m. and then again shortly after 5 a.m.

The Iron Dome missile defense system did not appear to have been activated, indicating the two incoming rockets that cleared the border struck open fields, where there was no risk to life and thus no need to intercept them.

Israel’s airstrikes in the Strip and the subsequent Palestinian rocket fire followed a day of airborne arson attacks by Gazans, who launched dozens of balloons laden with incendiary devices and explosives at southern Israel, sparking at least 20 fires, some of them large.

Throughout Sunday, the Israeli military carried out three rounds of airstrikes against targets in the Strip.

In the predawn hours, the air force bombed a car that the army said belonged to one of the leaders of the Gazan kite and balloon attacks, striking the vehicle while it was empty as a warning.

On Sunday afternoon, an Israeli aircraft targeted a group of Palestinians who had sent incendiary balloons into southern Israel from the southern Gaza Strip, near the city of Khan Younis.

Finally, in the evening, the army fired a warning shot near the Palestinians who were launching the balloons toward Israel. Approximately half an hour later, it conducted a second round of strikes, hitting the tent in which the group was operating and a car that had been used to bring people to the area, the army said.

No injuries were reported in any of the three strikes.

On Sunday, an Israeli military official warned residents of southern Israel that if the IDF were to respond more harshly to the airborne arson devices being sent from the Gaza Strip, it would lead to war, Hadashot TV news reported.

“The alternative to kite terror is war,” the official was quoted as saying. “If we respond too strongly it could lead to an escalation of hostilities. You would be in your bomb shelters and you don’t want that, especially when the construction of the barrier against the tunnels has not yet been completed.”