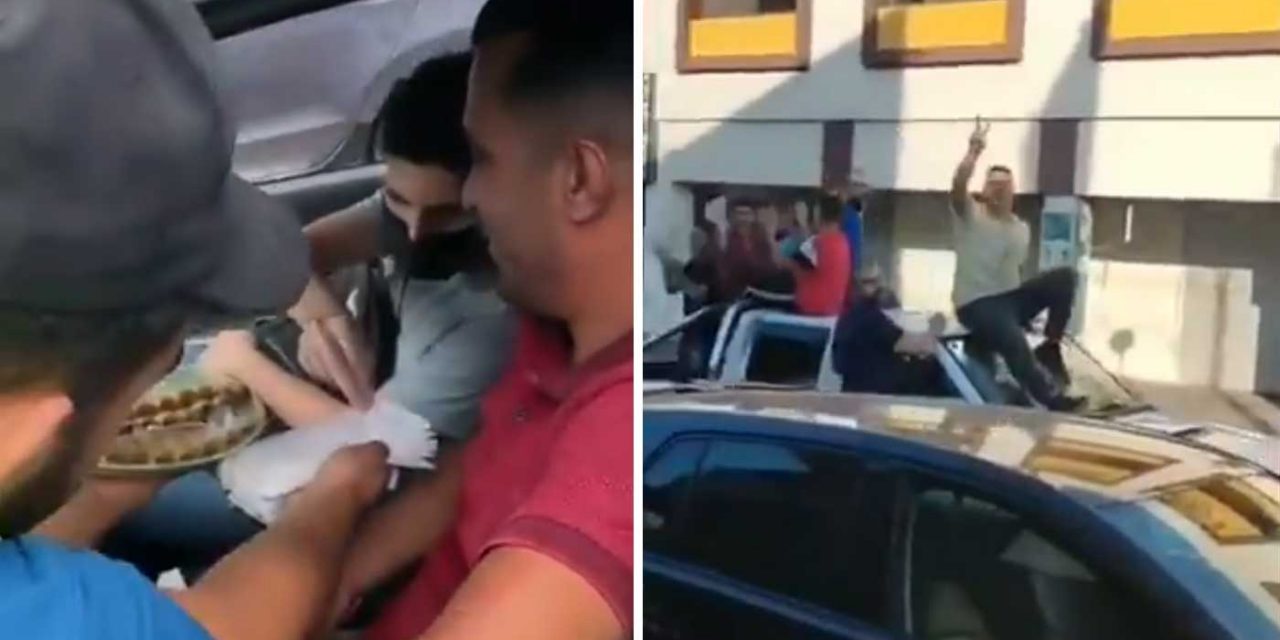 In cities in the West Bank and Gaza, Palestinians honked horns, waved flags and handed out candies to mark the occasion.

“This is a great heroic act, which will cause a severe shock to the Israeli security system,” said Daoud Shehab, a spokesman for Islamic Jihad.

🇵🇸#Palestine || Celebrations in Palestinian cities after the escape of 6 Palestinian prisoners from occupation jails. pic.twitter.com/YVN3tdTF3F

Hundreds of supporters of the terror group rallied in Gaza, and members sent incendiary balloons across the frontier into Israel in support of the escaped prisoners. Israeli authorities said three fires were sparked by the balloons, but were swiftly extinguished.

Fawzi Barhoum, a spokesman for Hamas movement that rules Gaza, said the escape shows “that the struggle for freedom from the occupier is continuous and extended, inside prisons and outside.”

Hamas officials urged Palestinians to provide the escapees with cover, calling it the first of more escapes to come. Husam Badran, a top Hamas official, called it a day of “joy and pride, when Palestinians have their heads held high.”

Palestinian Authority President Mahmoud Abbas’ Fatah party also praised the escape. An official Twitter account posted pictures and videos of the most notorious of the escapees, Fatah’s Zakaria Zubeidi, including with Abbas, and hailed what it called the “freedom tunnel.”