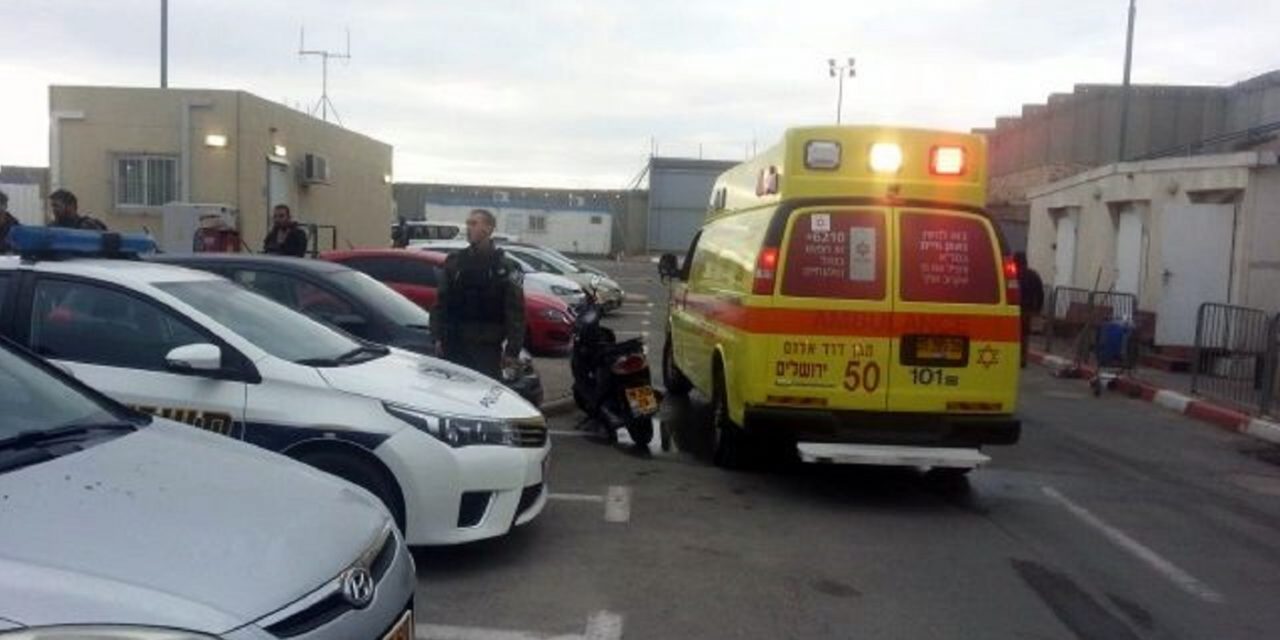 A Palestinian terrorist stabbed and wounded an Israeli female soldier at the Qalandiya checkpoint, just north of Jerusalem, on Monday morning.

The victim, 28, who sustained light wounds to her upper body, was taken to a Jerusalem hospital for treatment.

The terrorist, also a female, was overpowered and detained by other Israeli forces on site.

Police said that the terrorist approached the Israeli forces, appearing to have a question, and at some point drew a knife from her bag and stabbed the soldier.

The Shin Bet (Israel’s Security Agency) identified the terrorist as Asya Kabane, a 41-year-old mother of nine, from Duma in the Shechem (Nablus) area.

Kabane revealed during questioning that Sunday night she had a fight with her husband, who had threatened to banish her to her family in Jordan. She then decided to commit a terror attack, hoping to be shot and killed. Her act was suicidal, she told the Shin Bet. In her words, she was fed up with her life.

A Palestinian terrorist was shot and seriously wounded on Tuesday after he tried to stab IDF soldiers posted just south of Shechem (Nablus), in Samaria.

No Israelis were harmed in the incident.

The terrorist was evacuated in critical condition to an Israeli hospital.

Yossi Dagan, head of the Samaria Regional Council, lauded the IDF soldiers for their prompt and professional response.

“These attempts to hinder our routine will fail,” he stated, adding the communities in Judea and Samaria will continue to grow and flourish, despite attempts to harm them.

The site of the attack, the Bahad 3 junction, has been the scene of multiple Palestinian terror attacks in the last few months.

Tuesday’s attack comes after similar stabbing attacks by Palestinians against Israelis on Sunday and Monday.

These attacks are the latest in a long series of Palestinian terror attacks, which have plagued Israelis for more than a year, claiming the lives of 47 victims and wounding over 650.