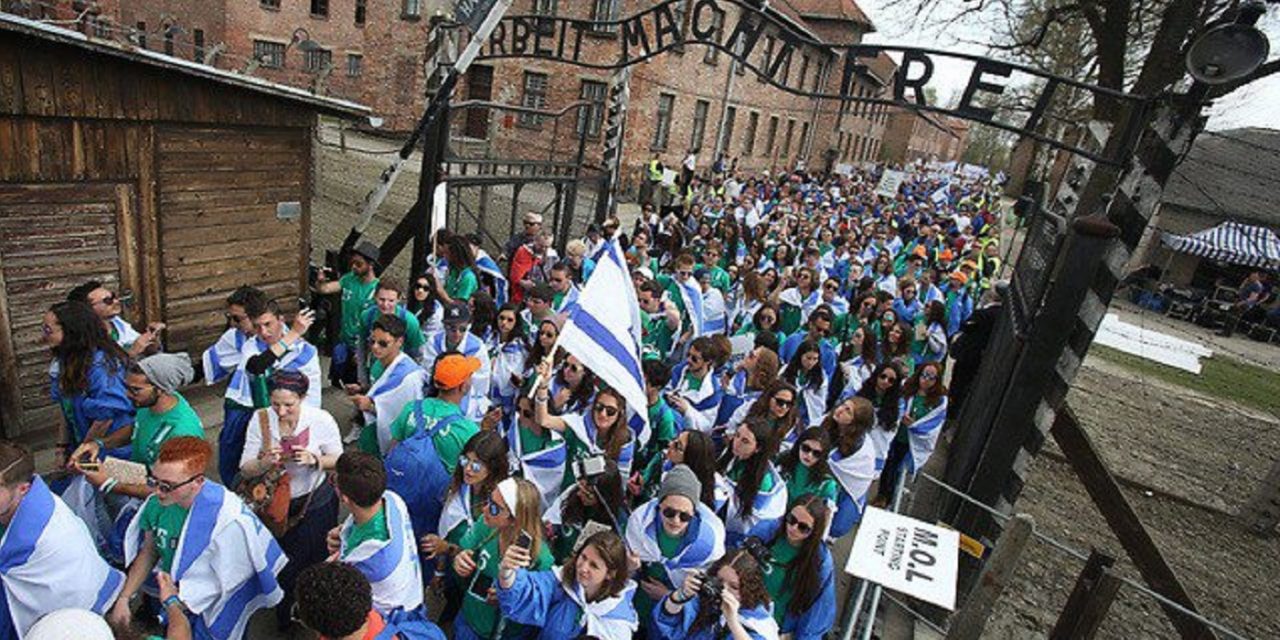 Around 10,000 people from around the world, many of them young Jews, remembered the millions murdered in the Holocaust at a march at Auschwitz.

The event, the March of the Living, is a somber memorial march of about two miles from the original Auschwitz camp to Birkenau, a much larger death camp where Jews were murdered in gas chambers in Poland.

Participants gathered under and near the main gate with the infamous sign “Arbeit Macht Frei” (Work Will Set You Free).

At the blowing of a shofar, the large group began marching in silence down the main street of Oswiecim, past fields and along the historic train tracks that once brought people to their deaths at Birkenau. Many people carried Israeli flags.

Many carried little wooden plaques with messages of remembrance that they placed on the railway tracks.

Ministers of education from several European countries also attended the event and learned about the Holocaust.

so inspiring to see so many young #Jews (10,000+) from around the 🌎 @MOTLorg in Auschwitz // our hope, our future #YomHashoah pic.twitter.com/GScQbMKgjq

Speaking at the event, Bennett compared Israel to the Iron Dome anti-missile system and vowed that “never again will Jews be defenseless.”

“Sadly there are people attempting to rewrite history and alter the facts,” he added. “Some deny the Holocaust happened, others try to scale it down. They continue where the Nazis failed: they make it as though millions of Jews with parents, friends, wishes and fears never existed. But they are wrong, they are evil, and they will fail.”

Over 200,000 Jewish youths have participated in the march so far, according to International March of the Living organizers, who intend it to be an educational experience for new generations.

WATCH March of the Living Again