Palestinian terrorist rams into Israeli border officer, then stabs him 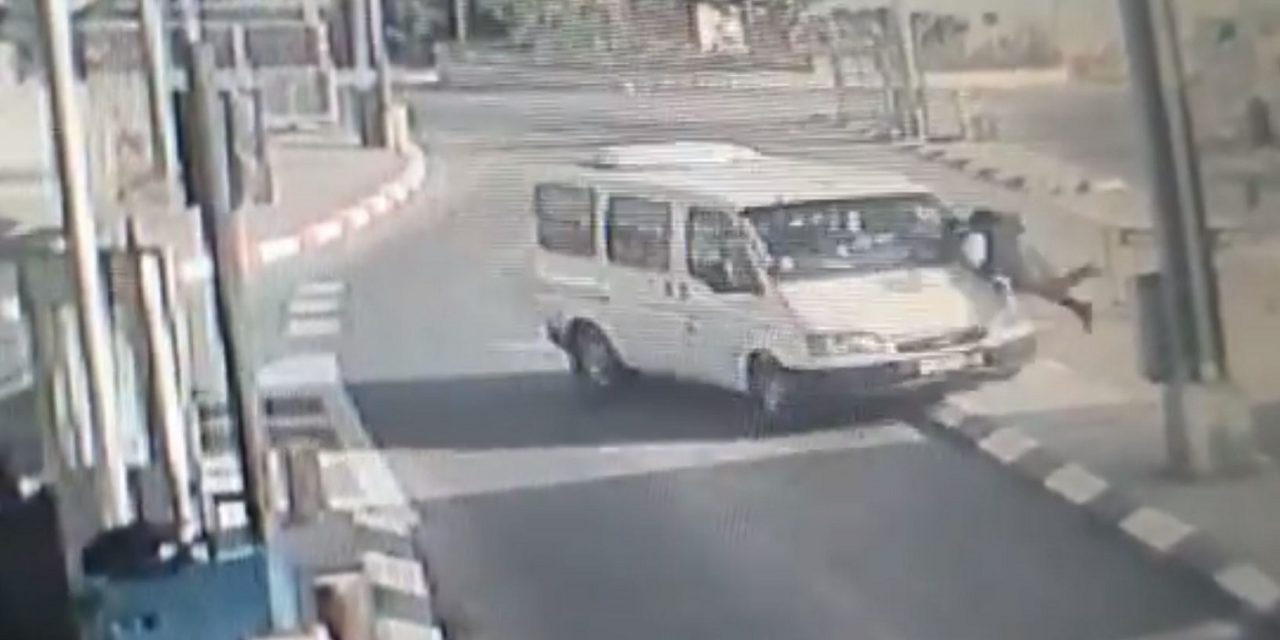 An Israeli Border Police officer has been moderately injured in a combined car-ramming and stabbing terror attack at a West Bank checkpoint east of Jerusalem on Wednesday morning.

In video footage of the attack, the Palestinian assailant rammed his van into the border guard at the “Kiyosk” checkpoint near the Ma’ale Adumim settlement. He then got out of the vehicle and attacked the officer with a pair of scissors, according to police, before other troops at the scene shot him dead.

Times of Israel reports that a pipe bomb was also found at the scene, which police said the assailant apparently planned to throw at the troops at the checkpoint. The area was closed off until sappers could remove the explosive device.

Medics said the border guard, who was in his twenties, sustained moderate wounds in the attack. He was taken to Jerusalem’s Shaare Zedek Medical Center for treatment.

Graphic footage from the attack showed the Palestinian assailant accelerate his van into the Border Police officer, then get out of the vehicle and attack him with the scissors.

WARNING: This video shows the car-ramming in full

Video of the ramming and stabbing attack this morning in #Israel. pic.twitter.com/8pEw4Fe3n7

The border guard initially fights back against his attacker and shoves him away. The officer then runs away as other border guards at the scene are seen opening fire at the assailant.

The identity of the assailant was not immediately released.

“On behalf of all Israelis, I send my wishes for a fast recovery to the officer who was hurt, and praise the troops who worked quickly to neutralize the terrorist,” Netanyahu said in a stat