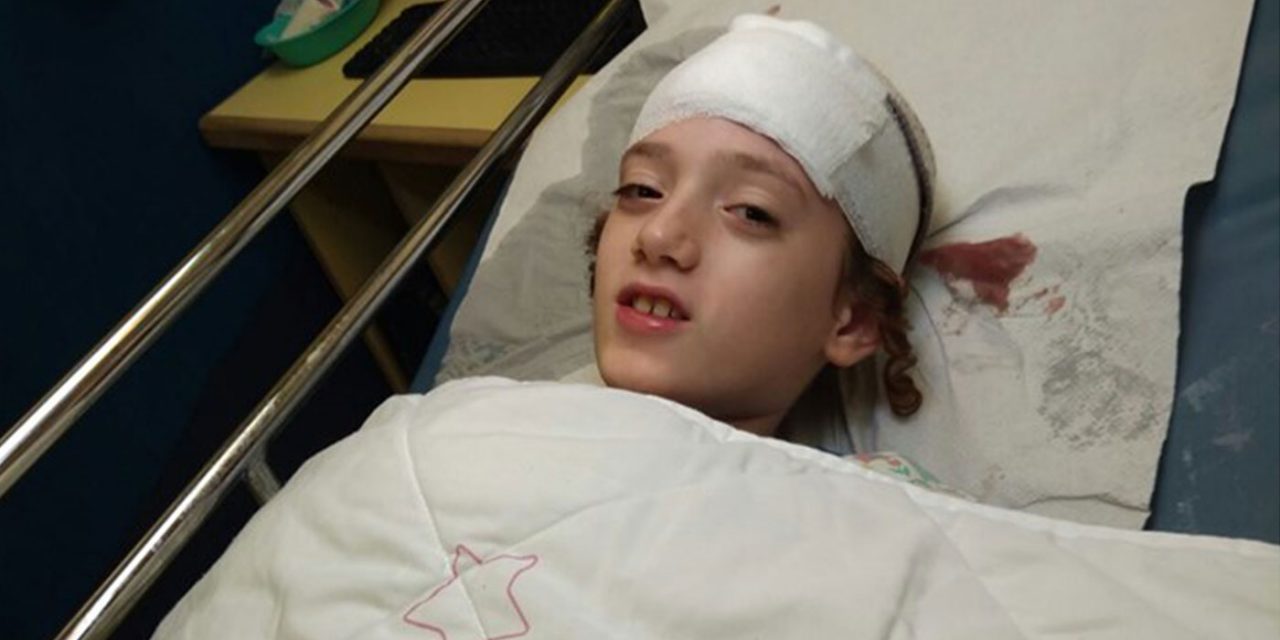 A civilian bus filled with children was attacked by Palestinian stone throwers where one 10-year-old child was hospitalised after being struck in the head by a rock.

Arutz Sheva spoke with Rochel, the mother of 10 year old Shmuel-David, who was struck in the head by a large rock when the bus was attacked. Shmuel-David remains in the hospital for further treatment following the discovery of minor internal bleeding in his head.

“We were on our way to the centre of the country. When we left Sa-Nur we passed an [Arab] village, and at the entrance to the village we saw that Arabs were burning tires, and we saw youths standing with rocks in their hands by the side of the road,” Rochel said. “The driver told us before we left that it was a very hostile village and we were going to be attacked by rock-throwers, so we knew what it was going to be like.”

“We told the children that the bus is protected and that we have an army jeep with us, so we will pass through the village and it will be okay. We asked them not to stand up and raise their heads because the upper windows were not reinforced.”

As the bus approached the outskirts of the village, they saw burning tires and Arab young adults waiting for them. “We went straight back, but we were with an army jeep in front of us, a Samaria Council vehicle with [Samaria Regional] Council head Yossi Dagan behind us. Behind that was another convoy of buses. So I had hoped that they would take care of the problem. A soldier left the jeep and fired two warning shots in the air, got back in the jeep, and continued to drive through the village.

The rioters then began to pelt the bus with large rocks. “It was very frightening. We heard rocks hitting the bus from all directions. We immediately calmed the children who could not stand and who were sitting. We thought that the missiles would not penetrate a protected bus.”

“They called an ambulance located in the area. We talked to MDA to send a team to Shavei Shomron. We arrived there but the crew had not yet arrived. The driver did not want to stop at the side of the road because it was dangerous and we continued because we saw that his condition was stable.

“When we reached the central region of Israel, the paramedic went with me to the emergency room and they treated him there. I was concerned mostly about my son, but on the bus there was a lot of talk about a failure of protection,” Rochel said. “The shots in the air were not really a deterrence, because the Arabs had no problem standing there and throwing lethal rocks. It is very frustrating that such a thing happens so easily.”

As for Shmuel David’s condition, Rochel says: “He is still in the hospital. He had a large, open wound in his head stitched up, and he remains under observation because of the internal bleeding they found.”