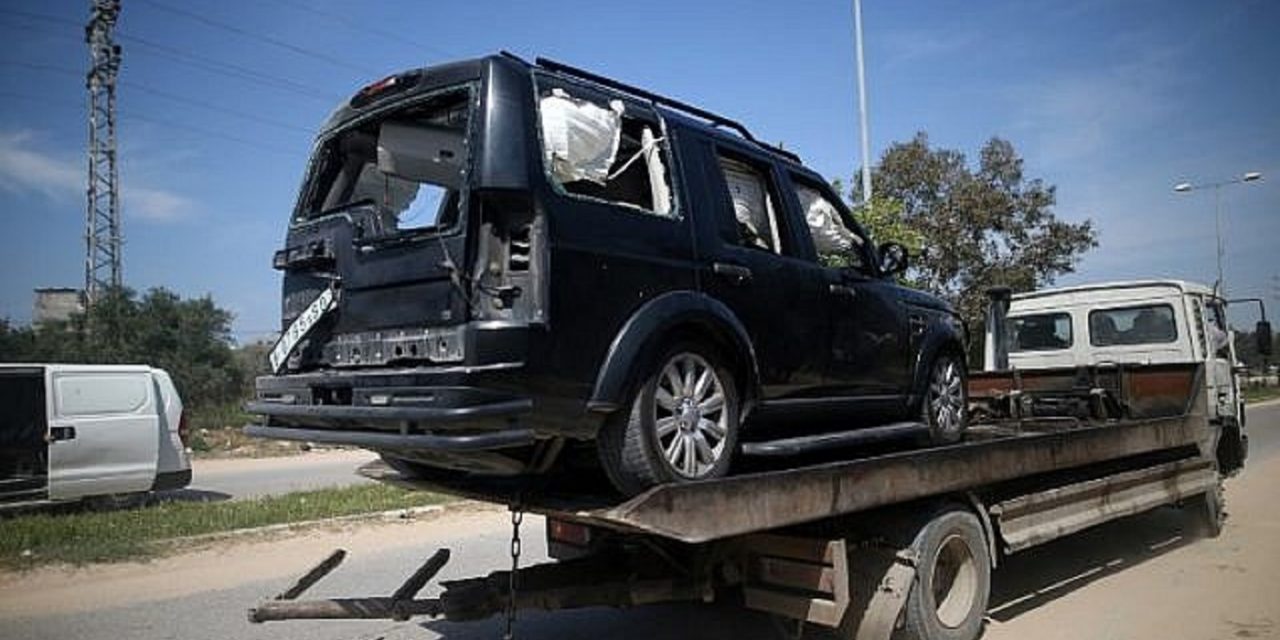 Palestinian Authority (PA) Prime Minister Rami Hamdallah and head of the PA General Intelligence Service Gen. Majid Faraj were the targets of an assassination attempt in Gaza on Tuesday when the convoy they were riding in was bombed.

The two senior Palestinian officials were traveling to the Gaza Strip to inaugurate a new sewage purification treatment plant and, higher on the agenda, to discuss the defunct reconciliation process between the PA and Hamas. Minutes after entering the Strip from Israel, their convoy was hit by an explosive charge.

The two officials escaped injury, while there are reports that seven members of their security detail were hit.

This was supposed to be a crucial and celebratory visit by Hamdallah, who has not visited Gaza for over five months.

The PA issued a statement condemning the attack and putting the responsibility for the incident on Hamas. Presidential spokesman Nabil Abu Rudeineh said “the attack on the consensus government is an attack on the unity of the Palestinian people.”

PA civil affairs minister Hussein Al Sheikh said the Hamas group, which rules Gaza, would be held fully responsible for this “murderous” assassination attempt and warned that this was an unprecedented dangerous development that would have grave consequences for Hamas.

There was no immediate claim of responsibility. Radical Islamists opposed to Hamas also operate within the Gaza Strip and have regularly been behind unrest there.

Three of the vehicles in Hamdallah’s convoy were damaged, their windows blown out. One had signs of blood on the door. Video from the scene showed a huge plume of back smoke rising into the air near the convoy.

This attack comes at a critical time point when the Palestinians are facing a total failure in their attempt to mend the rift between Fatah and Hamas.

On Sunday, Azzam al-Ahmad, member of the Fatah Central Committee, denied achieving any progress in implementing the reconciliation agreement, especially concerning the handing of the ministers in the Gaza Strip over to the Fatah-ruled PA.

In an interview on Voice of Palestine radio, Al-Ahmad said new problems have emerged, despite the presence of the Egyptian security delegation in the Gaza Strip.