Tillerson out, Pompeo in, and what it means for Israel and the Iran Deal 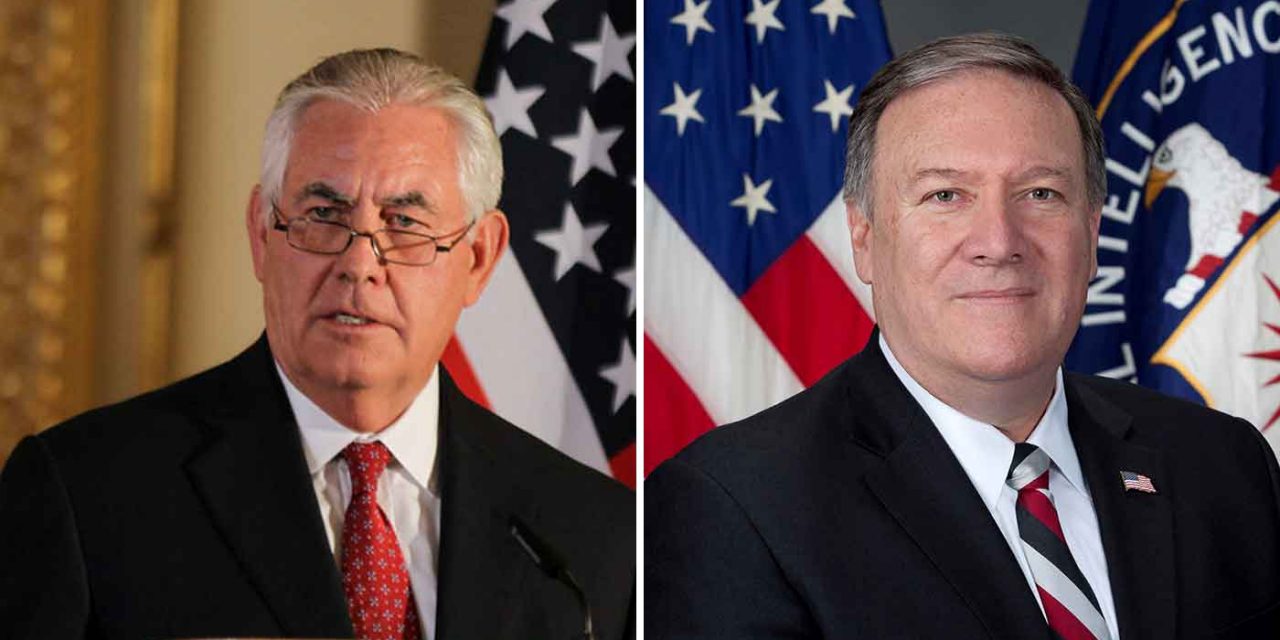 President Trump sacked Rex Tillerson as Secretary of State on Tuesday and replaced him CIA Director Mike Pompeo. So what does this mean for Israel and how does it affect the Iran deal?

President Trump said of Tillerson following his dismissal: “We disagreed on things. When you look at the Iran deal, I think it’s terrible, I guess he thought it was OK. I wanted to either break it or do something, and he felt a little bit differently.”

It is thought that Tillerson and Trump disagreed on a few other things too, the Jerusalem embassy move for example.

Tillerson as secretary of state tried to slow down the Jerusalem process, to little avail. Once Trump recognised the city as Israel’s capital, Tillerson endeavoured to make clear that the embassy would not move anytime soon. Vice President Mike Pence, who backs the move, said it would move in 2019. Then the Trump administration said it would happen in May.

Pompeo on the other hand is considered to be a strong supporter of the Israeli government. Pompeo as a congressman had high praise for Netanyahu and made his support for Israel a central point on his campaign website when he was elected to Congress, serving for five years representing Kansas’s 4th District.

During his brief tenure as the head of the CIA (just over a year), Pompeo is said to have enjoyed good relationships with his counterparts in the Israeli intelligence community.

Unlike Tillerson, Pompeo is also a harsh critic of the Iran nuclear deal and is notable for his hawkish line on Iran, both as CIA Director and, prior to that, as a congressman. He has warned that the Iran nuclear deal is failing, and has compared Iran to ISIS. He has also said that nuclear cooperation between Iran and North Korea is “a real risk” to the US.

Trump has nominated CIA’s Deputy Director Gina Haspel as Pompeo’s successor at the intelligence agency. If confirmed, Haspel would be the CIA’s first female director.