Palestinian Authority in talks with US: “We can’t end payments” to terrorists 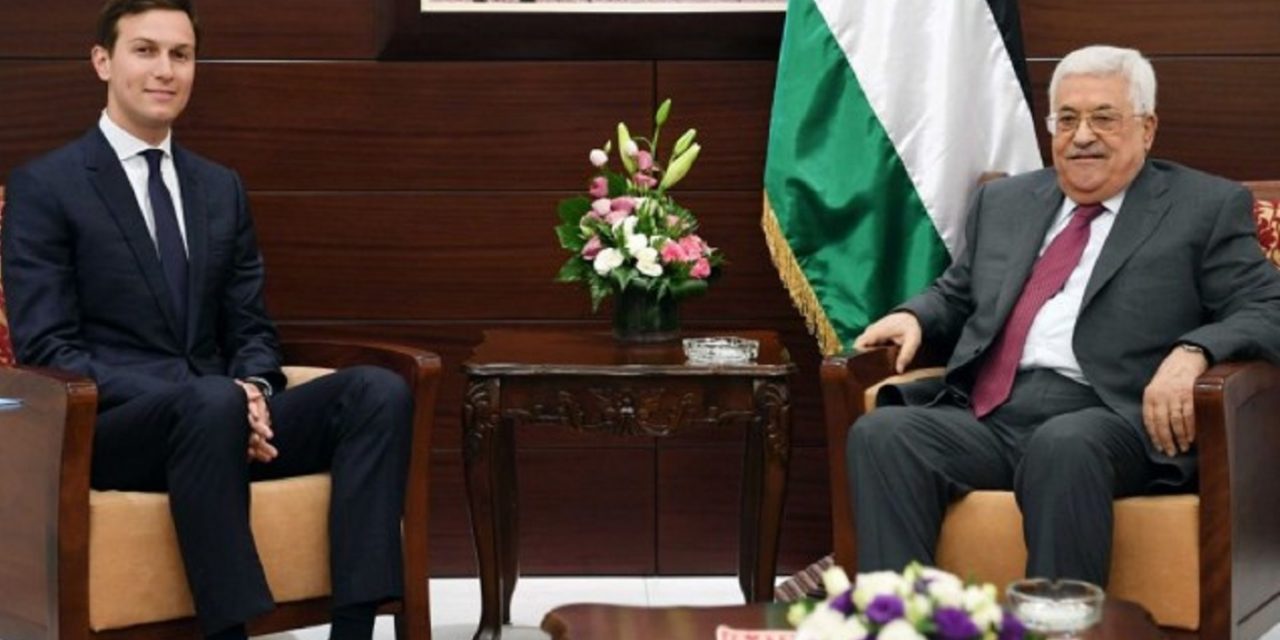 Israeli Prime Minister Benjamin Netanyahu said the talks were “helpful and meaningful,” and he expected additional discussions “to continue in the coming weeks.”  Among the topics of conversation, Kushner and the prime minister reportedly discussed efforts to relocate the U.S. Embassy in Tel Aviv to Jerusalem.

“The American delegates come to hear the Israeli side,” Aloul complained.  “They hear the lies and the claims of Israel and then they come to us to discuss these claims.  This is a big problem in mindset and we won’t agree to continue down this path.”

Among the “claims” raised by Kushner and Greenblatt were Palestinian payments to terrorists and Palestinian incitement to violence.  Sadly, the Palestinians were again completely dismissive.

“They talked to us about incitement,” Aloul said.  “We told them, ‘Let’s make peace so there won’t be any more martyrs or any more prisoners and then we won’t need to pay them a salary.'”  He then flatly rejected any suggesting that the Palestinian Authority would stop subsidizing terrorism against Israel, saying, “We didn’t agree to this at all. . . we can’t end the payments.”

Just in case there was any confusion about the Palestinian position, President Mahmoud Abbas told Israeli media last week, “I do not intend to cease paying salaries to the families of prisoners and martyrs, even if it means I lose my position.  I will continue paying their salaries until my dying day.”

Anyone confused by the current stalemate in the peace process should look no further than Abbas’ and Aloul’s words.  It is impossible to imagine two states living side-by-side in peace while one side preaches hatred and subsidizes terrorism against the other.