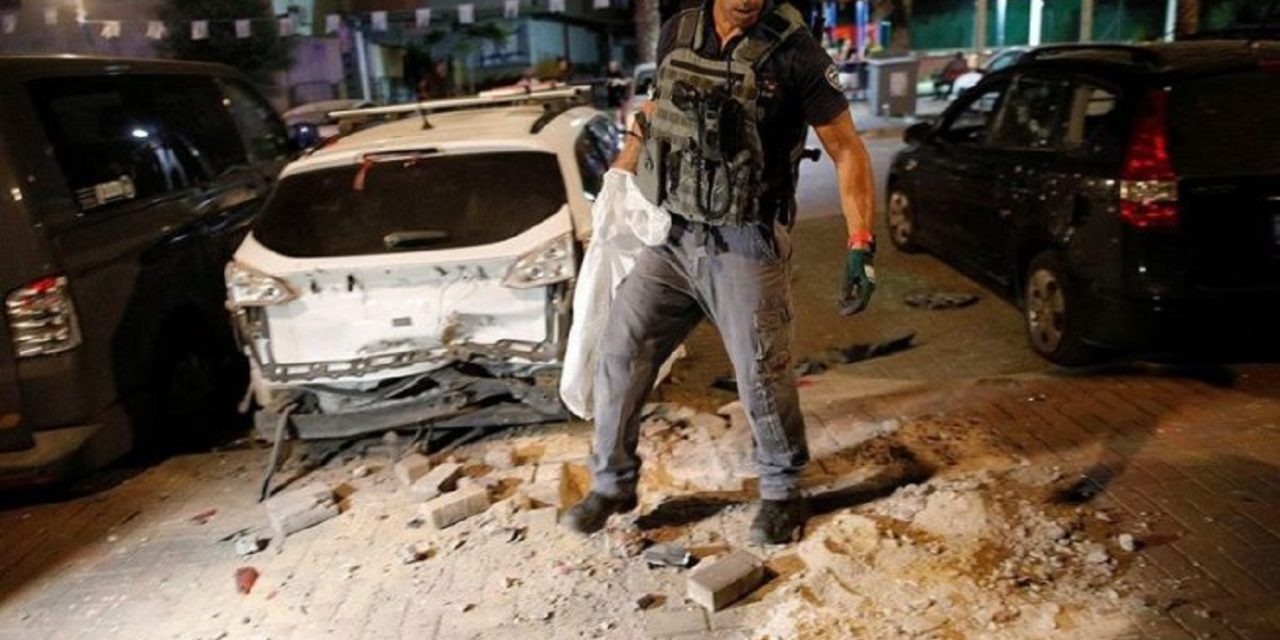 As of early Thursday morning, Hamas has fired about 150 rockets at Israel from the Gaza Strip.

The IDF retaliated by targeting a number of sites used by the Hamas and other terror organisations operating in Gaza. Since Wednesday evening, the Iron Dome has intercepted 25 rockets.

The Eshkol Regional Council said early Thursday morning that a 30-year-old woman was seriously injured when a rocket hit a greenhouse where she was working. Prof. Yochanan Pfizer, deputy director of Soroka Hospital in Beersheba, told Army Radio that her life is in danger. Another person was moderately injured.

A senior IDF officer told Ha’aretz that Israel is on the verge of a major military operation in Gaza.

Raw footage: children in the city of Sderot, Israel, running as a rocket from Gaza explodes near them

“The end of another night of escalation is not in sight,” the unnamed officer said. “Hamas chose to step away from the [ceasefire] arrangement and now it will pay the price for its violations over the past four months. Hamas is about to be dealt a major blow for its decision.”

The IDF said that these strikes were conducted in response to the rockets launched from the Gaza Strip at Israel over the course of the evening and into the early morning hours.

“Hamas is responsible for the events transpiring in the Gaza Strip and emanating from it and will bear the consequences for its actions against Israeli civilians and sovereignty,” the IDF said.

“The IDF condemns terror activity and is prepared for a wide variety of scenarios while continuing to fulfill its mission to defend Israeli civilians.”

The Palestinian health ministry in Gaza said that a 23-year-old woman and her one-and-a-half-year-old baby girl were killed by an IDF attack in the centre of Gaza Strip, according to Ha’aretz. The father was seriously injured. In all, the health ministry said that three Palestinians have been killed as of early Thursday morning.

Any chance of mentioning it or are you going to wait for Israel to respond?? pic.twitter.com/qWnW1Lv4uT

FOOTAGE from the scene of explosion of a rocket that was fired last night by #Hamas terrorists in #Gaza.