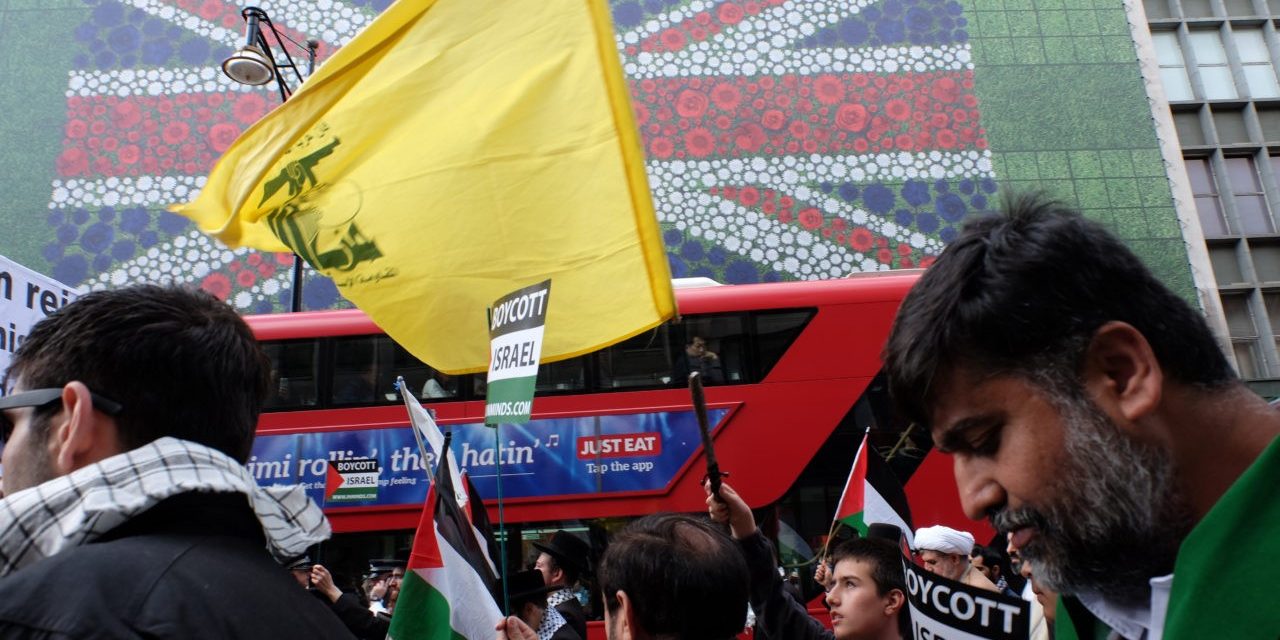 The organisers of the controversial anti-Israel march through central London on Sunday have told protesters that they can wave Hezbollah flags.

In a statement on the website of the Islamic Human Rights Commission, participants were told that they “are welcome to bring flags that show solidarity with the Palestinian cause” but flags of proscribed or illegal organisations are not allowed.

10 things you need to know about Hezbollah

Though the British government has proscribed the “military wing” of Hezbollah under the Terrorism Act 2000, its “political wing” is not proscribed. Section 13 of the Terrorism Act is clear that “A person in a public place commits an offence if he wears an item of clothing, or wears, carries or displays an article, in such a way or in such circumstances as to arouse reasonable suspicion that he is a member or supporter of a proscribed organisation”. Ignoring this, the Metropolitan Police Service has taken the view that if someone carries a Hezbollah flag, officers should presume that the person is supporting Hezbollah’s “political activity” and not any of Hezbollah’s acts of terrorism.

However Hezbollah, which is a Lebanon-based Shi’a group, makes no distinction between its political and its military wings. It calls for Islamic revolution around the world, has carried out terror attacks for over 30 years, and calls for the “liberation of Jerusalem” and for the destruction of Israel. Backed by Iran, it has tens of thousands of rockets that can reach every city in Israel.

Last week the office of Mayor Sadiq Khan confirmed the march, which marks Al Quds Day, will go ahead despite a petition that has now gained over 15,000 signatures.

Revealed: The symbolism behind the Hezbollah flag