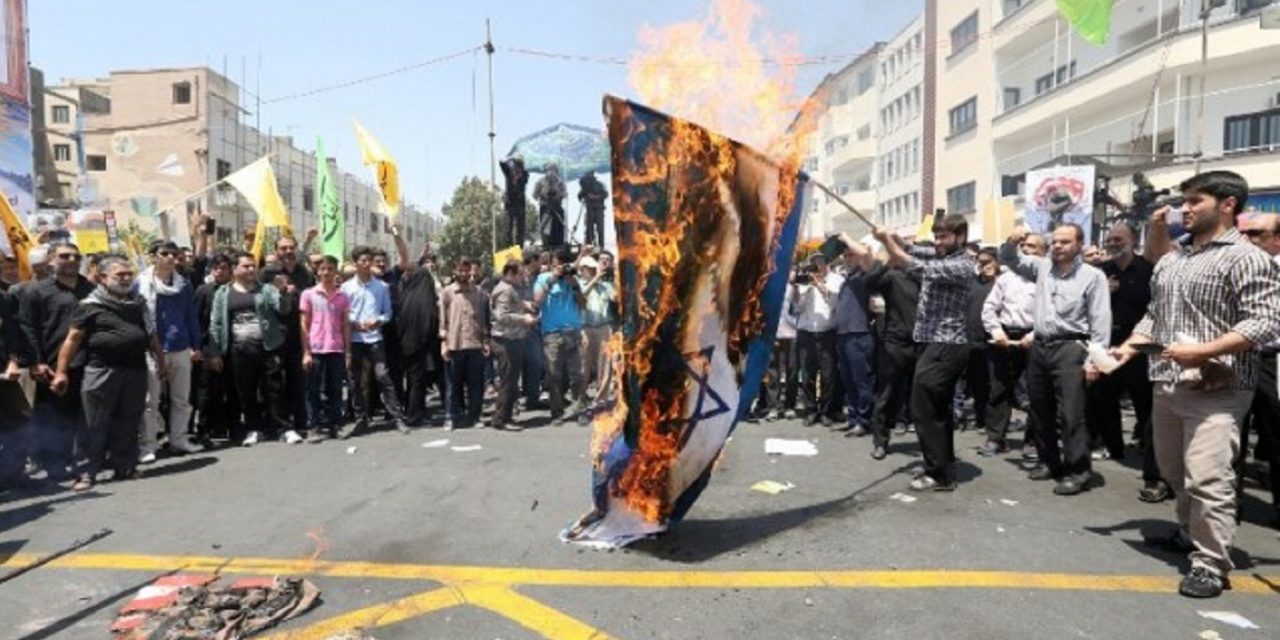 Only three weeks after the horrific terror attack at London bridge, the nation’s capital will host a terror-sympathising march through its streets.  The upcoming Al Quds Day march on Sunday 18 June is provocatively anti-Israel and anti-West yet London Mayor, Sadiq Khan, “does not have the power” to stop it.

“They have to operate within the law and the protesters have a right to march, as long as they do so within the law,” a statement from the Mayoral office said.

Many CUFI supporters have written to the Mayor concerned that there will be repeat of the carrying of Hezbollah flags and shouting of anti-Israel slogans as there has been previous years. A petition has also attempted to get the march stopped without success.

The freedom of speech and right to assemble, which we rightly protect in this country, is being abused. How can we seriously tackle the problem of extremism and confront the terrorism in our midst if we are not prepared to stand up to the hate that perpetuates it? How can we honestly say “terror will not win” when we are unable to say no to groups that support terrorism? It is an insult to every victim of terror at home and in Israel. We need to be stronger, we need to be bolder..we just need to do what is right.

Hezbollah, known as “Party of God”, is a Shia Islamist organisation based in Lebanon with operatives throughout the world. Its military wing is banned in Britain, but not its political arm. However the United States, France and Arab League are among those that have proscribed them outright. But if the possible sightings of this terrorist organisation’s flag isn’t enough to stop the march in London, then the purpose of the march alone should be.

Al Quds day means “Jerusalem Day” in Arabic. It is an annual event initiated by Iran in 1979 to express support for the Palestinians and oppose Zionism and Israel’s existence as well as Israel’s control of Jerusalem. Rallies are held throughout the world, especially the Middle East, on the last Friday of Ramadan. This year Al Quds Day is on Friday 23 June, however the London march is set to take place the Sunday prior.

A statue depicting the US Statue of Liberty decorated with a Star of David on its head is set ablaze by Iranian protesters during a parade marking al-Quds (Jerusalem) Day in Tehran on July 1, 2016. (Atta Kenare/AFP)

Last year in Iran, tens of thousands of people marched in the capital Tehran. Some protesters trampled the Israeli flag, chanting “Death to Israel” and “down with the USA”. Throughout Iran flags of Israel, American and Britain were set on fire.

The terror is incited by the usual hate-filled sermons. Last year on on Al-Quds day, Iranian commander Hossein Salami claimed that over 100,000 missiles in Lebanon, as well as thousands more throughout the Islamic world, were ready “strike at the heart of the Zionist regime. They will prepare the ground for its great collapse in the new era. … They are just waiting for the command, so that when the trigger is pulled, the accursed black dot will be wiped off the geopolitical map of the world, once and for all.”

Yet, the founding principles and purpose of Al Quds Day are seemingly not enough to be deemed incitement to terror. 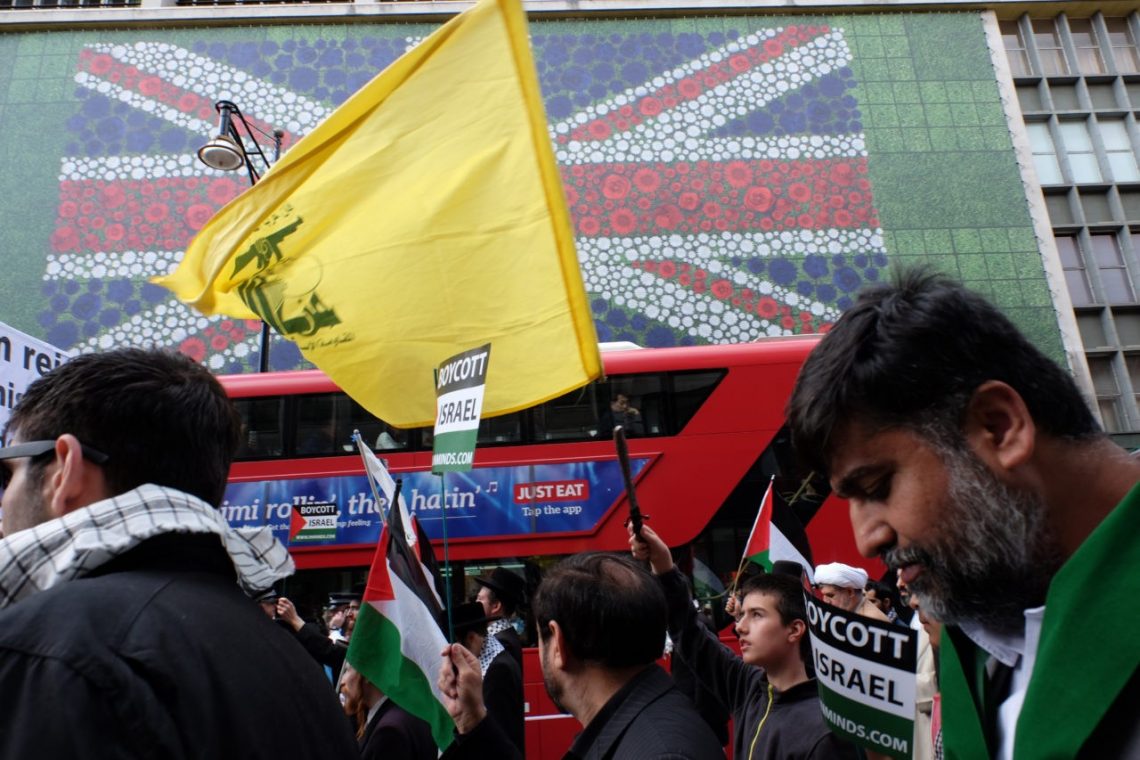 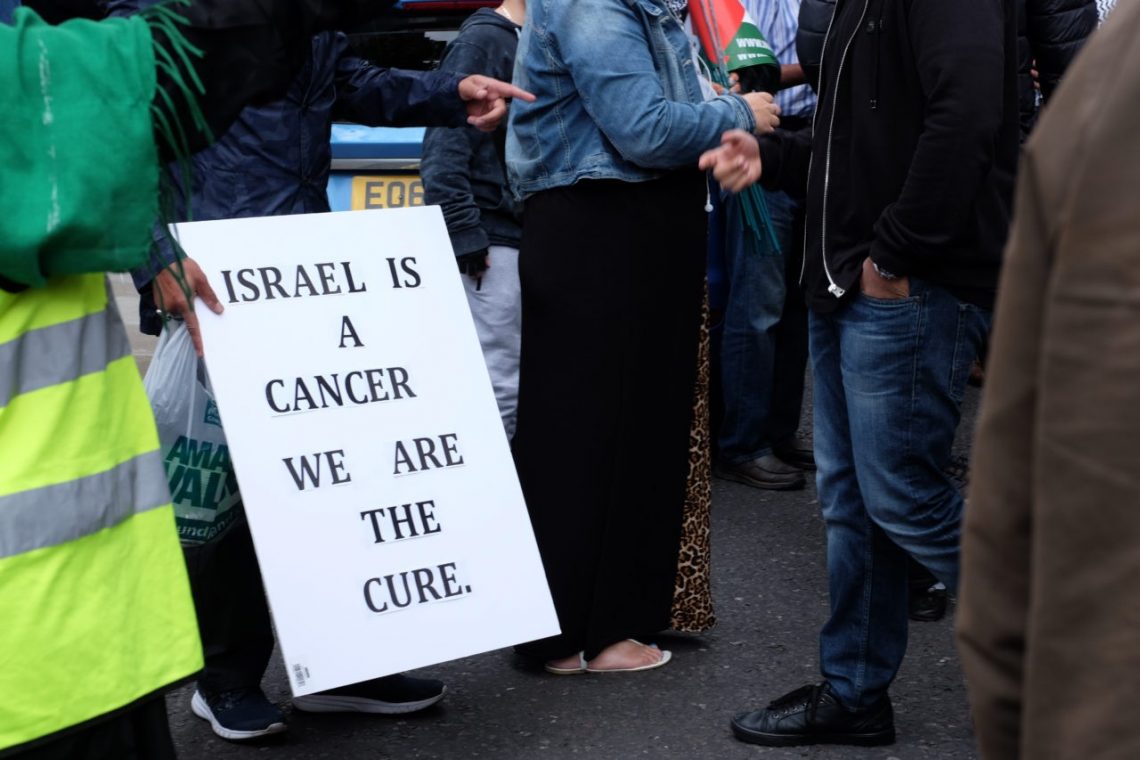 The march in London is organised by Islamic Human Rights Commission. They describe it as a “day for the oppressed to rise and stand up against the arrogant”. They just don’t explain what that means.

A number of groups support the march, including “Friends of Al-Aqsa”. It has been referred to as one of the more extremist Islamist organisations at work in Britain today. It supports the Muslim Brotherhood-linked charity ‘Interpal’ (proscribed by the US Treasury) and advertises it on its website.

Friends of Al-Aqsa (FOA), founded in 1997 by a British optician, Ismail Patel, closely involved in several Islamic organizations such as the British Muslim Initiative (BMI). The BMI is a front group for Hamas, and has been for many years “the most active organization in the U.K Muslim Brotherhood”. 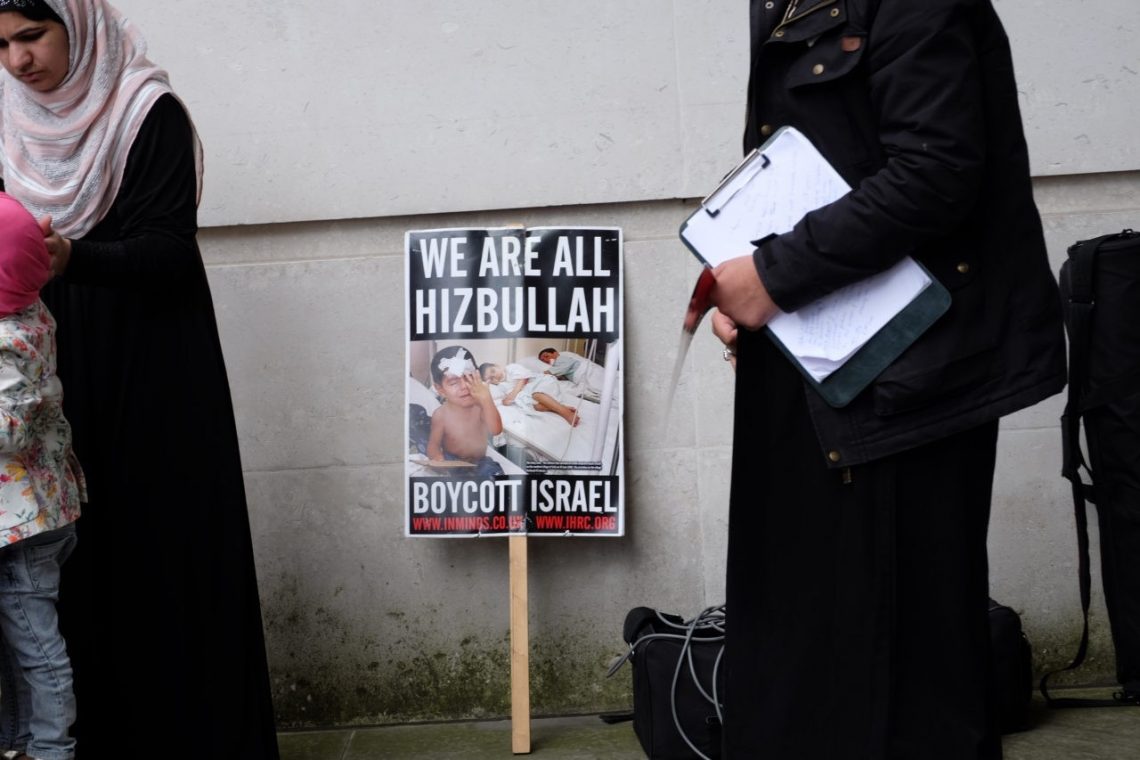 Another supporting organisation of the rally is Muslim Association of Britain (MAB). They rightly condemned the recent attack in London, saying “As members of British Society, we must continue to condemn all acts of terror, and we must not allow these criminals to spread hatred and fear; and we must foil their attempts to divide us.”

If MAB wants to stop the spread of hatred it should stand by their word and distance itself from Al Quds Day.

They are not the only ones that should distance themselves from Al Quds and what it stands for. In 2012 Jeremy Corbyn addressed the crowds on Al Quds Day (See below). But will Mayor Khan honour his commitment to fight terror and denounce this march? For the sake of Britain’s fight against terror, he should.