OPINION: Spicer’s Hitler comment was daft, but he is NOT an anti-Semitic, Holocaust denier 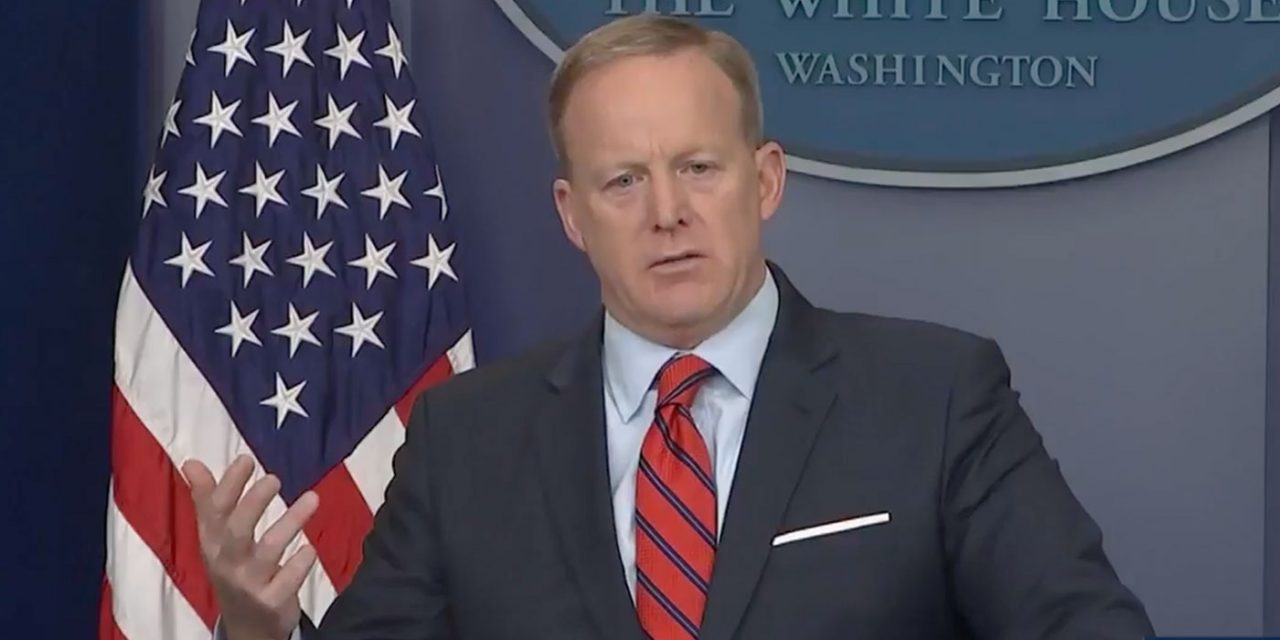 This week you may have heard the news of White House Press Secretary, Sean Spicer, comparing the alleged actions of Bashar al-Assad to Adolf Hitler and whipping up a media frenzy in the process.

If you haven’t seen the incident already, you can watch it below:

From our perspective, Spicer was not trying to deny the Holocaust. He wasn’t saying anything anti-Semitic. And he wasn’t meaning to offend people. He was simply trying to amplify the serious nature of the chemical weapon attack in Syria and he did so by comparing Assad’s actions to Hitler’s to show how evil it was.

Clearly Spicer had, at least in that moment, lost all context of the atrocities that Hitler and his Nazi regime committed. Hitler did in fact use chemical weapons on his own civilian population (and other countries’ populations) when he ordered the murder of millions of Jews in the gas chambers of the Nazi death camps.

During the briefing, Spicer was questioned on his comments and he made an attempt clarify his meaning. He did so by explaining that Hitler didn’t bomb his own civilian populations with chemical weapons, such as Sarin gas, but he wasn’t meaning to deny the atrocities of he Holocaust. He appeared to understand the mistake he made.

Afterwards he apologised for his comments saying he was “absolutely sorry, especially during a week like this to make a comparison that is inappropriate and inexcusable.”

The day later he gave this interview:

If Spicer thought his apology would be the last of it, he was wrong. Unfortunately his comments have been used to whip up a media storm and outrage against him, especially from left-wing groups and the Democratic Party.

However, Alan Dershowitz, a Professor of Law at Harvard University and a left-wing Jewish Democrat, has brought sound reasoning to this argument and has spoken out in defence of Sean Spicer.

According to Dershowitz, Spicer made a mistake, admitted his mistake and apologised from the heart. He then went on to bash his own political party for trying to politicise the whole thing.