OPINION: Is it wrong for Christians to be offended by Greggs replacing Jesus with a sausage roll? 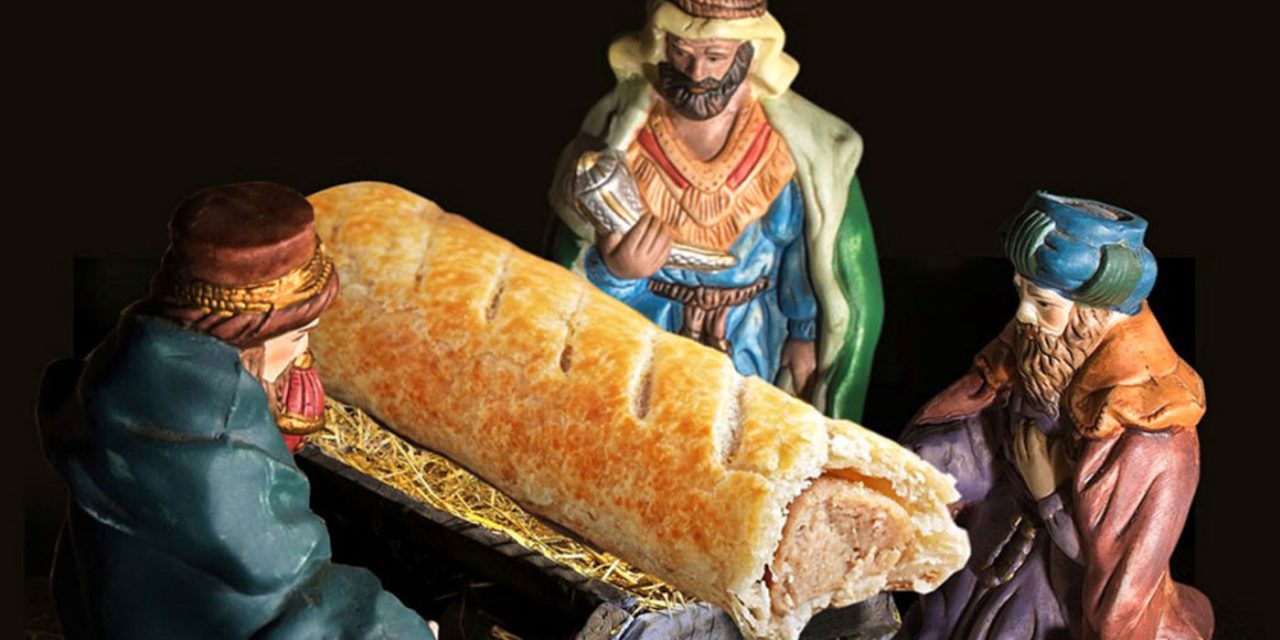 This week, British bakery chain, Greggs, sparked controversy when they launched a new advent calendar for Christmas along with an advertising picture of the three wise men staring thoughtfully at a Greggs sausage roll in a manger.

Many Christians seeing that image would have taken offence, however, the media, and to some degree the public response is to say that Christians should simply lighten up and get over it. But is it wrong if Christians are offended?

Christians are usually among the first to rally against the politically correct culture we are living in, where people are fearful of saying anything in case we cause offence. The reason many are against political correctness is because of their desire to express their beliefs freely and openly without restriction or apology.

However, Christians are increasingly under pressure to not express their beliefs openly. Continually we hear of Christian thought and expression being silenced. A Christian banned from wearing a cross at work or fired for offering to pray for a colleague, Christian Pastors arrested on the street for quoting the Bible… the list goes on.

There is no official term for anti-Christian hatred, no definition of what this hatred means and few calls for any action to be taken. However, Christians are openly mocked on television shows, abused for their beliefs on Social Media, without any repercussions, and Christian voices are being side-lined by the media. Many news outlets reported this story without a single tweet or quote from a Christian; they only used those who were mocking Christianity and Jesus.

Here are some examples of the examples from the media.

“I found it absolutely hilarious”, said Yasmin, 20, “I was in hysterics when I first saw the picture. I mean, it’s a sausage roll instead of Jesus! If people were upset about it then they’re just ridiculous.”

Jilian, also 20, said, “I thought it was a beautiful representation of Jesus, a stunning depiction.”

So @GreggsOfficial have had to apologise for replacing Jesus with a sausage roll. I’m down for that religion. In the name of the father the son and the flaky roll #Greggs #jesusroll

Nick, 47, “I thought it was amazing. It’s ridiculous that people got upset. Just chill out. Take the stress out of your lives folks.”

Others posed “memes” online. One such example was of a picture of a gingerbread man on a cross made out of sausage rolls.

Don't see any problem with what Greggs have done, seeing as Jesus backwards is sausage

All of these reactions show a complete lack of respect towards Christianity. And again, these attitudes are not treated as “anti-Christian” or as hate crimes. We are simply told to get over it.

Another area where Christians feel marginalised is the Christian traditions surrounding Christmas. While people are careful to say “Holidays” or “X-mas”, because “Christ-mas” might cause offence to some, there is no thought that removing “Christ” from “Christmas” is offensive to Christians.

Greggs’s advertising shows the level of double standard towards Christianity that is unchallenged in Britain. Their branding featured “Greggsmas” instead of Christmas and of course, their only reference to Christianity replaced Jesus as a sausage roll.

And let’s not forget that Jesus, of course, was Jewish. He adhered to Jewish law, which includes refraining from eating pork – a key component of a sausage roll.

Some on social media have drawn comparisons to “another religion” that would not be targeted in such a way. In fact, people are so restricted by political correctness that they hesitate to even mention that the “other religion” is Islam. And many Christians feel that Islam and Christianity are treated differently.

It would never have crossed the minds of the marketing team at Greggs to run advertising around Eid that depicted the Prophet Mohammed as a sausage roll because of the offense and reaction it would have caused.

So why then is it acceptable that the most holy figure within Christianity, Jesus, can be mocked in such a way?

Living in a tolerant society is to accept and respect of others, even if they do not share the same views and beliefs as ourselves. Christians believe they are tolerant while they themselves are being tolerated less. This is just one more example of our need to return to the Judeo-Christian values on which this nation was founded.

British society is at a point where it is now acceptable to purposely target and ridicule Christianity without any feeling of guilt. And it seems there is no understanding or allowance for Christian to even express their views.