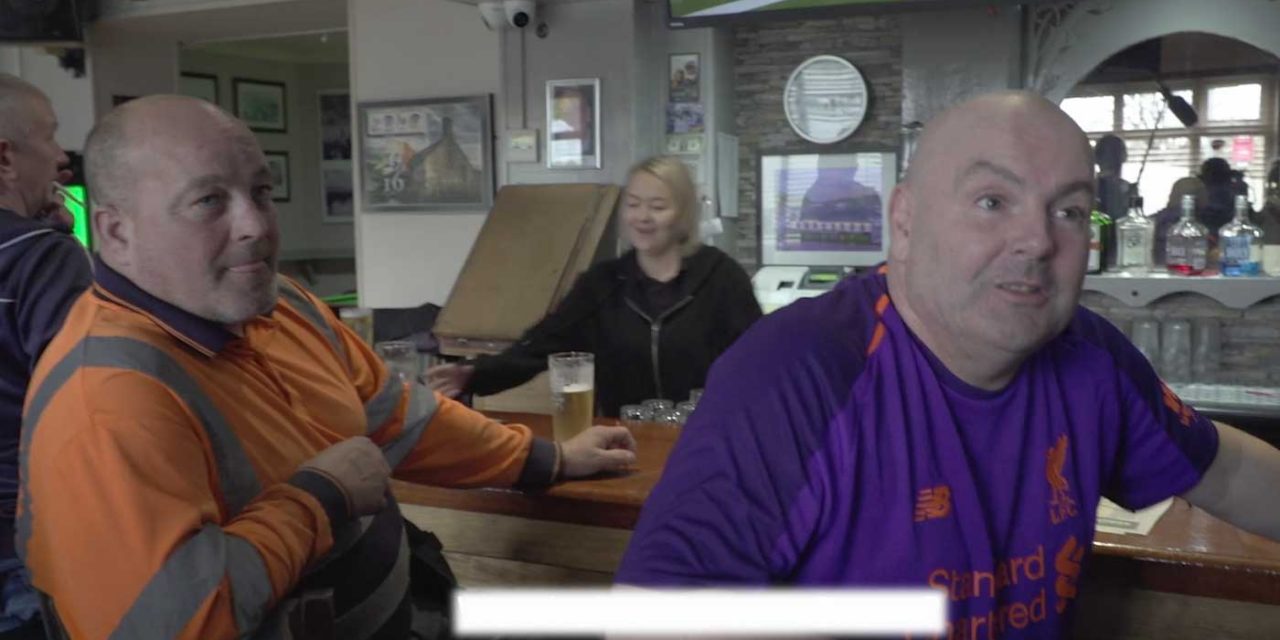 Police are investigating after patrons of a pub in Northern Ireland were filmed spewing vitriolic antisemitic abuse, saying they support the Palestinians “because we hate the ****ing Jews” with one man saying Adolf Hitler “didn’t kill enough Jews.”

The clip, which was widely circulated online, was filmed inside a pub in the Bogside area of Londonderry by 62-year-old Jewish journalist Tuvia Tenenbom as part of a documentary on Brexit.

Tenenbom walked into a pub decorated with Palestinian flags and asked punters about their views on Brexit. They have a brief discussion about wanting to remain in the European Union before the conversation turns to the Palestinian flags.

“You have a lot of Palestinian flags here, why is that?” Tenenbom asked.

Answers included “Because we hate the ****ing Jews” and “the Israelis are child-murdering scum.”

One of the men showed the presenter his “Free Palestine” wristband before a man in an orange hi-vis jacket said: “The only thing that Hitler didn’t do wrong. He didn’t kill enough f***ing Jews”.

The comment prompted laughter from others present and another chimed “We’ve since found that out – we didn’t think that at the time”.

The man repeated his claim saying, “Hitler didn’t kill enough Jews. The scourge of the world.”

He was asked what he said and he replied, “The Jews are the scourge of the earth.”

DUP leader Arlene Foster, who shared the video on Twitter, expressed her disgust.

“A disgusting comment. The small Jewish community in Northern Ireland will always have my support and that of all right-thinking people,” she said.

Chief Inspector Gerard McLaughlin said: “Police have received a complaint in relation to a video on a social media site.  Enquiries are ongoing into this incident.”

Tuvia Tenenbom (@tenenbom)- author of ‘To catch a Jew’ – went to Northern Ireland to uncover the truth about support for the Palestinian cause in certain parts of the community. What he recorded is beyond comprehension. See full disturbing report here:https://t.co/p5RxhWcwQy pic.twitter.com/s8fz0k6RUX