No, Linda Sarsour, it is NOT “Israeli propaganda” to call Palestinian terrorists, “terrorists” 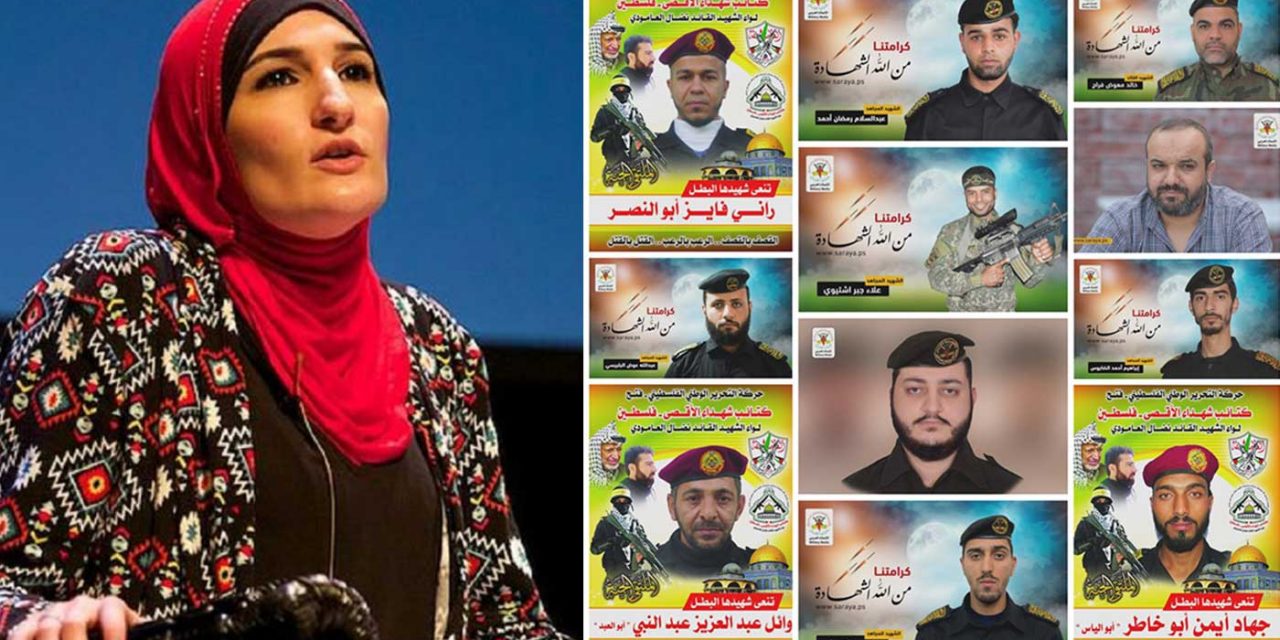 In the last three days, Palestinian Islamic Jihad (PIJ) terrorists have fired over 360 rockets into Israel. All of them target civilians. In response, Israel has carried out precision strikes against PIJ terrorists. Almost all those killed in Gaza are terrorists. The PIJ terrorist organisation has even confirmed this. Shamefully, Linda Sarsour decided to spread lies claiming that Israel was carrying out the “indiscriminate killings… of children”. This is a lie, fake news and yet more evidence that Linda Sarsour, a darling of the left-wing media, is, in fact, defending the actions of terrorists.

“Israel has spent years pushing propaganda that the Palestinians of Gaza are terrorists,” Sarsour falsely claimed in a tweet.

She then spread the lie that Israel is telling people that terrorists are terrorists because the IDF wants to “justify the indiscriminate killings including of children”. She then points out that “Half of the population of Gaza ARE CHILDREN.”

No, Linda, it is factually accurate to call Palestinian Islamic Jihad (PIJ) terrorists. They are a terrorist organisation that trains terrorists, carries out terror attacks and has a radical Islamic ideology.

Here is a video of PIJ terrorists themselves saying they will “chase the Jews from Palestine” and that if they don’t submit to Islam “even if they go to the end of the world we will chase them and we will kill them”. A second terrorist in the video says, “I advise my fighting brothers to continue killing the Jews to the last one.”

This is what the PIJ call for – genocide. Corbyn would have just sat by. The UK deserves betterpic.twitter.com/1B9iAH94tj

The first terrorist then explains how at the PIJ “academy” they “teach our brothers invasion and incursion”. PIJ runs terror camps that train around 25,000 children (that’s CHILDREN, Linda) every year to train in its camps for the summer. They learn hand to hand combat, have weapons training and learn military techniques. On top of this they are indoctrinated by PIJ’s radical anti-Semitic ideology.

Despite these lies, Linda Sarsour has inadvertently proved on thing about Israel that is accurate. Far from “indiscriminate killings”, Israel is making precise and surgical strikes against militant Islamist terrorists and taking them out whilst AVOIDING civilians.

Despite half of Gaza’s population being children, the current death toll in Gaza shows that 30 people have been killed. 25 of them are proven to be terrorists. Three are children. And two are the wives of terrorist commanders. In pictures shared online, most of the fighters have pictures of themselves in military garb (see below) and often holding weapons. Even the bodies of the children are draped in the Palestinian Islamic Jihad terrorist groups flags as they lay beside their father’s body.

Yes, it is very sad that women and children have died in this conflict. But it is a disgraceful lie to claim that Israel is “indiscriminately killing”.

Israel is trying its hardest to avoid civilian casualties. The three children listed above were killed when Israel took out the commander of PIJ’s rocket-launching unit. He was the man responsible for all these attacks. And the morning after his death, PIJ agreed to a ceasefire with Israel.

Let’s be clear, Israel did not want to hurt his family.

It is important to understand that the terrorists of Palestinian Islamic Jihad have said on numerous occasions that they are willing to sacrifice their own children. Palestinian leaders have long claimed that “child martyrs” are more valuable for their cause. It is sickening.

PIJ are trying to kill both in Gaza and in Israel. They do not care about the human death toll because, horrifically, all deaths help their cause.

Israel is spendings millions of pounds to shoot these terrorist rockets out of the sky. Israel says it has intercepted 90% of the rockets fired. Despite this, there have been injuries in Israel. Two were injured from a rocket hit. Dozens more injured whilst running for cover and many more suffering from anxiety and stress caused by these attacks. One 8-year-old Israeli girl is currently in a critical condition after suffering a heart attack caused by anxiety whilst hiding in a bomb shelter.

Yes, there is a larger number of Palestinians killed and injured in these attacks, but the death toll on each side is not an indication of who is right and who is wrong.

Israel has built thousands of bomb shelters for its civilians. All new homes built in Israel are required to have a bomb shelter by law, and even children’s playgrounds have play equipment turned into bomb shelters for the children to run into whilst they are playing. Israel alerts its people at every attack. And even more than this, Israel alerts the Palestinians to their attacks as well. Dropping leaflets, sending texts and calling areas and even dropping non-lethal bombs in areas about to be struck to warn residents of an imminent attack. Israel has done more than any other military in the world to avoid civilian casualties. Yet they are accused of the worst atrocities by those defending real terrorists.

By contrast, the terrorists of Hamas and PIJ have done none of this. Palestinian terrorist leaders have invested millions-of-pounds in building weapons and rockets. They have built terror tunnels, not to protect their civilians, but to attack Israeli civilians. These tunnels are built underneath civilian homes throughout Gaza. They stockpile weapons in family homes, inside schools and even in hospitals.

They are doing everything they can to place civilians in harm’s way. Why? Because when Israeli accidentally kills Palestinian children it is a win for the terrorists. They can use it in their propaganda against Israel.

The Bible says that in these times lies will become truth and truth will become lies. This applies to many aspects of our times but is exemplified with the Israel-Palestinian conflict. Israel has done more than any other country in history to protect its own citizens and the civilians of its enemies. They are fighting real terrorists who do not care about the lives of anyone, let alone their own children, and people like Linda Sarsour are blinded by their hatred of Israel to see the truth.

Pictures of the PIJ terrorists killed by Israel

Here are the pictures of all the male “victims” of Israel’s strikes. Not all of them are terrorists, but as you can see, the vast, vast majority are. The images of the men in military gear are those released by Palestinian Islamic Jihad. The terrorist group in which these men were members. 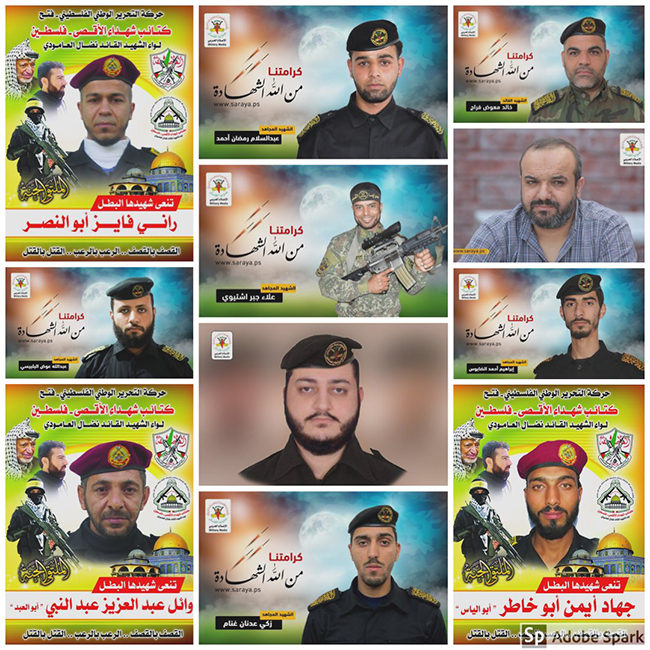 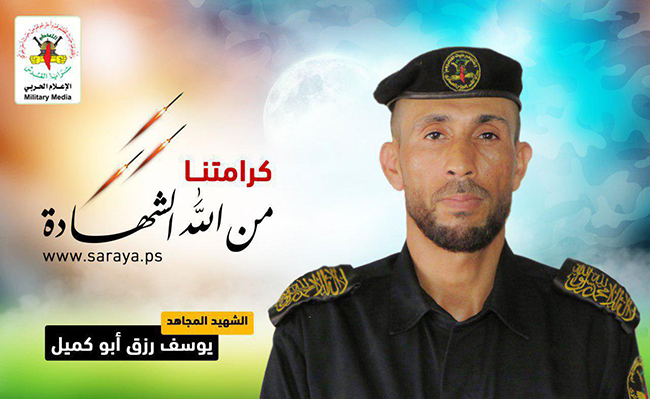 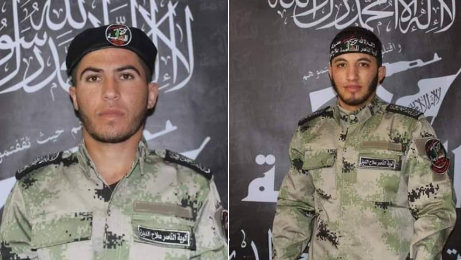 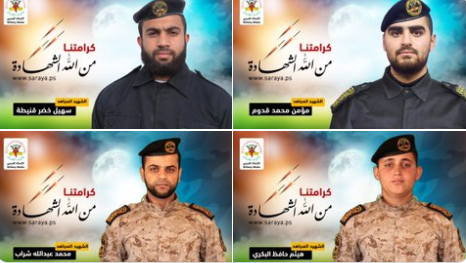 This next group of images below come from the Gaza Now Facebook page which acts as a mouthpiece for Hamas and other groups within Gaza. They are showing them all as “martyrs”, just as Linda Sarsour did. You will notice that two (maybe three) of these people are children. The rest are terrorist fighters. The images above are provided by PIJ showing them in military garb and you can match the faces of pictures above with the pictures below. Note: In 2017, three PIJ terrorists accidentally blew themselves up whilst preparing explosives to attack Israeli soldiers on the border. One of those was a 16-year-old boy. Showing the terrorist group is willing to use children to carry out terror attacks. As mentioned above, they train children to fight and indoctrinate them with their ideology, so it is no wonder teenagers join their ranks. 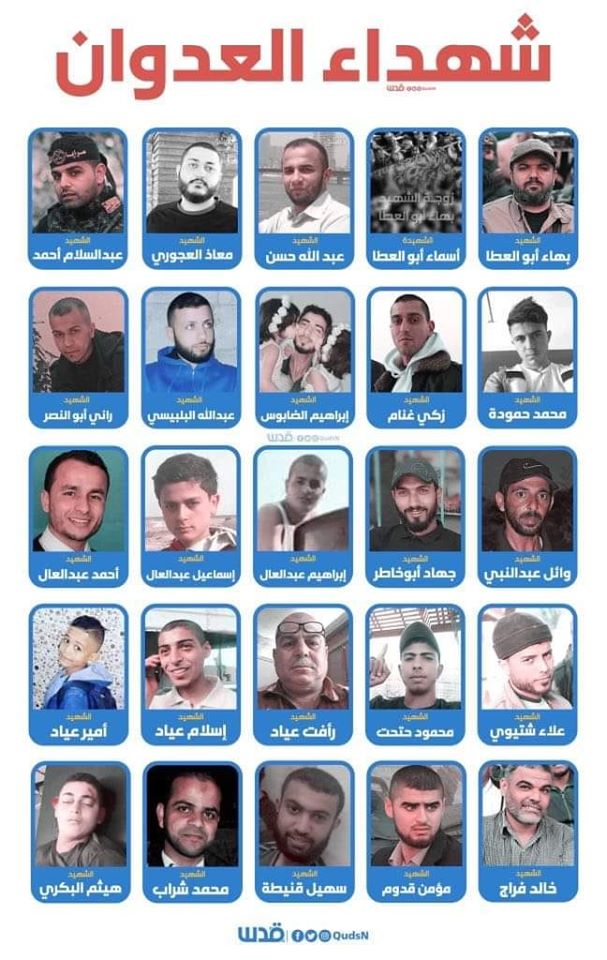