No, Jeremy Corbyn, the UK should not ‘immediately recognise Palestine’ 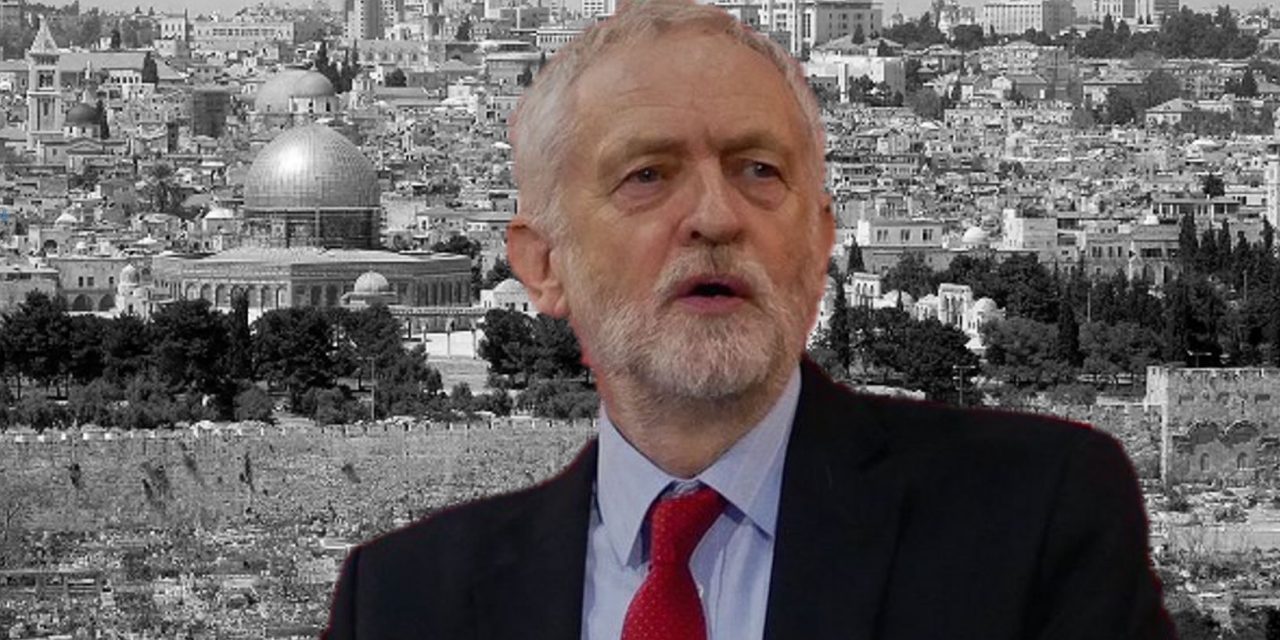 Jeremy Corbyn last week gave his support to a debate in parliament where he supported the “immediate and unconditional recognition of the state of Palestine.”

The debate, titled, “Recognition of the State of Palestine,” took place on the day Russia invaded Ukraine. British politicians argued for and against the motion, but one strong advocate for recognising a Palestinian state was the former Labour leader Jeremy Corbyn.

In his remarks, Mr Corbyn argued, “It is simply not tenable to continue with the narrative that somehow or other we can continue not recognising Palestine because the Palestinian leadership has not passed threshold X, Y or Z or jumped over this fence, that fence, that hurdle or the other, while all the time accepting the recognition of Israel.”

Mr Corbyn infamously said in a TV interview that “Israel exists” when asked if he recognised Israel as a state. Based on our understanding of Corbyn’s views, it is highly likely he thinks Israel shouldn’t exist in any form and should instead be a single state of “Palestine”.

He also used his few minutes in parliament as an opportunity to level the accusation that Israel was apartheid, although he did so using the words of the late Archbishop Desmond Tutu.

It should be noted that Tutu was himself anti-Israel. He gave support to the anti-Israel Boycott, Divestment and Sanctions (BDS) movement against Israel and used antisemitic comparisons between Jewish treatment in the Holocaust and Israel’s treatment of the Palestinians.

There is a lot we could theologically unpack about Archbishop Tutu, but regarding Israel, he was very much at odds with Biblical truth. And it is a shame that the words of a Christian leader are today being used in the British parliament to demonise the Jewish state.

Going back to Mr Corbyn’s remarks in parliament, he also referenced the Mount of Olives in Jerusalem, lamenting that the view of there was spoiled by Israeli settlements and construction, in what he claimed were roads that only “settlers” could use.

“Those settlers take the land, the water and the very lifeblood out of people’s lives,” he claimed in comments which verge on libel.

He then concluded by saying, “I believe, support the immediate and unconditional recognition of the state of Palestine.”

We believe quite the opposite.

In regards to the alleged “settlements”, which are simply new Israeli towns. While we, of course, enjoy the natural beauty of God’s creation, we also are inspired by Biblical prophecy being fulfilled. The Jewish people returning to the land God gave them and building their homes there is something quite miraculous.

We also reject claims that Israelis are stealing the “very lifeblood” of Palestinians. It is Palestinian leaders who call for Jewish blood to be spilt. Abbas claimed that Jews defile the Temple Mount (their most holy site) with their “filthy feet” and earlier this year called on Christians to join with Muslims to “fight Israel”. Meanwhile, Israeli leaders call on peace with their neighbours. Corbyn’s view is a distortion of reality.

We also believe the truth of the Bible that God will judge those who seek to carve up the land of Israel.

The Bible is clear that God gave the land of Israel to the Jewish people as an eternal inheritance. Genesis 17:8 explains that God spoke to Abraham and said, “I will give as an everlasting possession to you and your descendants after you; and I will be their God.”

Unfortunately, Jeremy Corbyn and other politicians, including the UK government, do not understand or accept Biblical truth. The government’s response to this debate was not that the UK would never recognise a Palestinian state, but that the time was not yet.

Ultimately, if the UK government (or any other government) recognises a Palestinian state, they are denying Biblical truth and going against God’s commands.

In Joel 3:2, the Lord warns: “I will gather all the nations and bring them down to the valley of Jehoshaphat. Then I will enter into judgment with them there on behalf of My people and My inheritance, Israel, whom they have scattered among the nations; and they have divided up My land.”

God is the creator of Heaven and Earth. He singled out a tiny portion of it for His people. That piece of land is the most contested piece of real estate in history. And this is why there is an ongoing spiritual, political and physical battle over Israel.