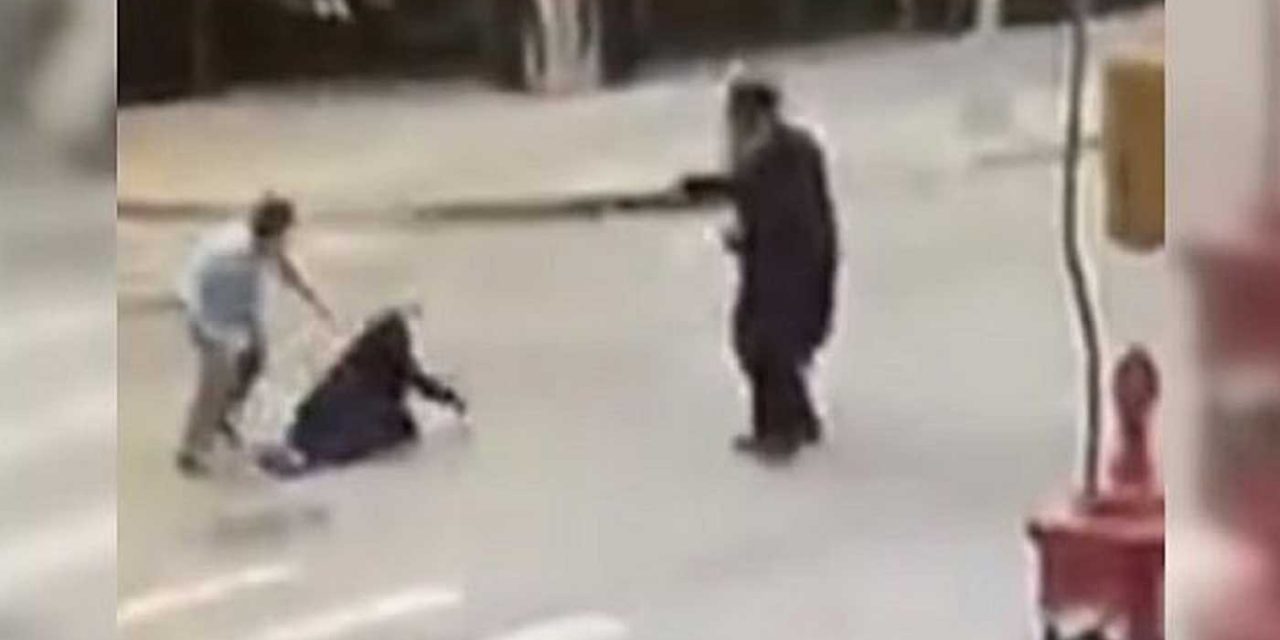 A man is to be charged with a hate crime after beating an identifiably Orthodox Jewish man at a traffic intersection in Brooklyn on Sunday.

The attack took place at about 7:30 a.m. in the Borough Park neighbourhood. The victim, 62, was carrying a special bag containing his prayer shawl and phylacteries and appeared to be walking to morning services.

The attack, captured on local surveillance video cameras, occurred when a younger man got out of his car and chased the Jewish man into the middle of the intersection, where he began throwing him down on the road and beating him.

After several blows, another elderly Jewish man attempts to intervene and is chased off by the assailant.

Police identified the attacker as Farrukh Afzal, 38, and arrested him, ABC news reported. He is facing charges of hate crime assault, mischief and harassment.

Police sources said road rage could also have been a factor in the encounter. Police said the incident began after a verbal argument broke out between the two men while the victim was crossing the street.

New York police officers and volunteers from the Borough Park Shomrim volunteer patrol responded to calls about the attack. The NYPD’s Hate Crimes Task Force reportedly has interviewed the victim.